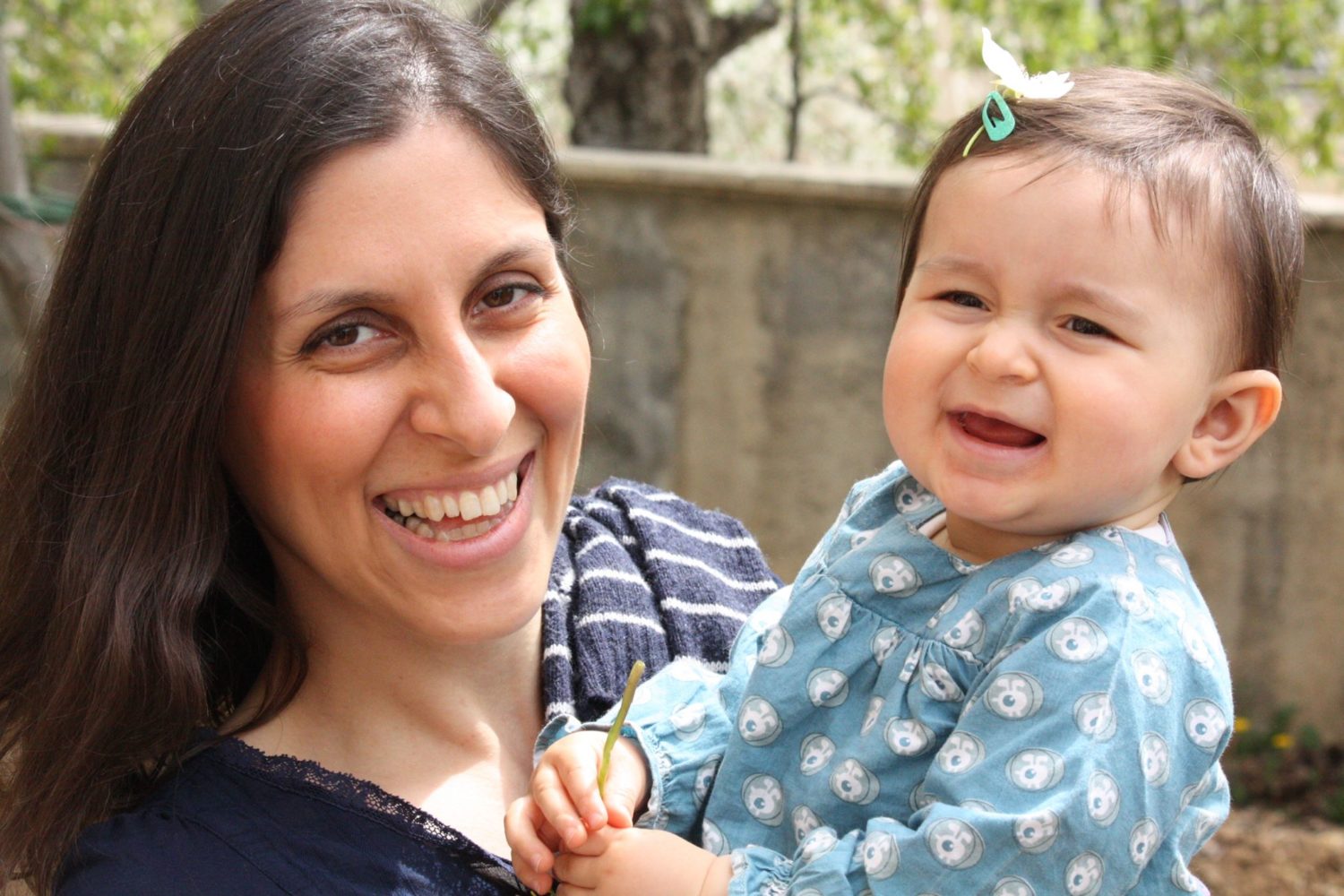 Following the removal of her ankle tag when she completed her five-year sentence for her first case last Sunday, Nazanin was required to attend court for a second case today, where she was tried for “spreading propaganda against the regime.”

She has been told that a verdict will be announced within seven working days. If convicted, she is likely to receive her sentence immediately following the verdict.

The second case was first introduced in 2017. It has been invoked inconsistently since that time, requiring her to attend several court hearings,  but it has never reached a conviction or sentence.

Iran has never followed the rule of law in proceedings against Nazanin. Without proper legal processes, Nazanin is unable to effectively challenge the false allegations made against her and the outcome of the court hearings is entirely unpredictable.

“Following today’s trial, we have grave concerns that Nazanin could be returned to Evin prison or house arrest. This keeps her in a constant state of fear and uncertainty, and prolongs the severe psychological and physical suffering she has endured as a result of her torture and ill-treatment in Iran.”

“Nazanin has never received a fair trial in Iran, and is innocent of the allegations made against her. Her detention has always been illegal under international law. The charge must be dismissed and she must be allowed to return to the UK to be with her family.”

REDRESS has acted as legal representative for Nazanin and her husband Richard Ratcliffe and has campaigned for her release since 2016.

This month, REDRESS provided evidence to the FCDO of Nazanin’s severe physical and psychological suffering due to Iran’s treatment, confirming that she has been subject to torture. REDRESS also again raised her case with United Nations experts. The UN Special Rapporteur on Iran expressed concern about the new court case before the UN Human Rights Council last week.

Nazanin was detained in Iran in 2016 on charges of crimes related to national security, which she did not commit, and sentenced to five years’ imprisonment. The Iranian authorities since charged her with a further offence of which she is innocent, of “spreading propaganda against the regime.” She has not been convicted or sentenced for the second set of charges.

After spending four years in Iran’s notorious Evin prison, in March 2020 Nazanin was placed under house arrest in Tehran with an ankle tag until her sentence ended on 7 March 2021. She has not seen her husband in five years, and has not been able to raise her daughter, who is now six years old.

Nazanin and her family have been told by Iranian authorities that she is being detained because of the UK’s failure to pay an outstanding £400 million debt to Iran. The debt is the subject of ongoing legal proceedings before the UK courts.