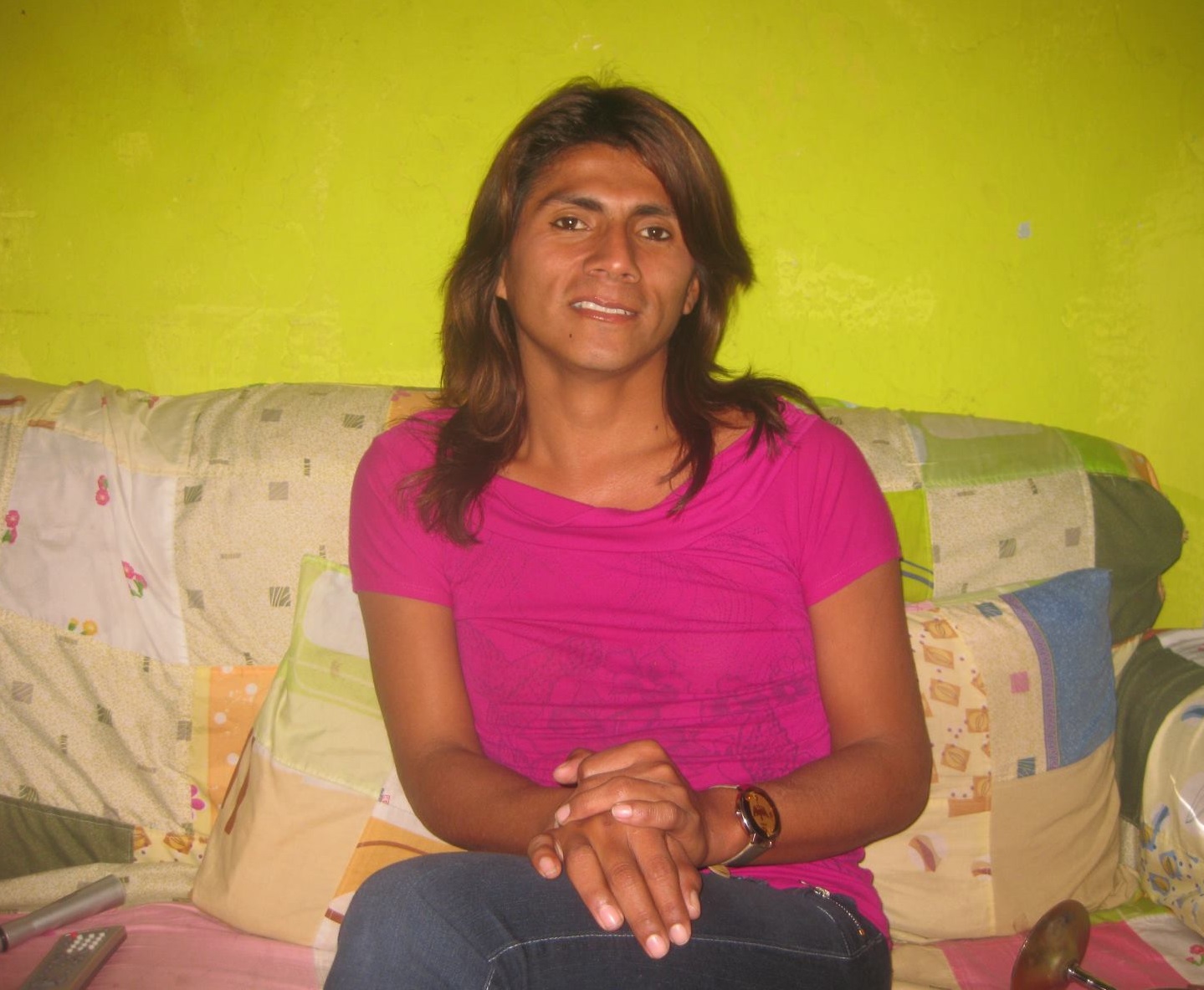 Azul is a transgender Peruvian, who, whilst living as a gay man, was arbitrarily arrested by police officers in 2008, then raped, beaten and verbally abused due to her sexual orientation.

Azul was arbitrarily arrested by police officers in 2008. Whilst in detention at the police station in Casa Grande, Peru, she was stripped and raped with a truncheon by three police officers.

During her ordeal, which lasted for approximately six hours, Azul was beaten and verbally abused for her sexual orientation and robbed of her belongings.

Following her release, Azul filed a criminal complaint with the Peruvian authorities for rape, abuse of authority and torture against the officials responsible.

The prosecution argued that there was no indication that the officers had raped Azul, they reasoned as there was no intention to obtain information nor to obtain a confession to a crime, or to punish her for her sexual orientation, that the case lacked the necessary elements under Peruvian law for a crime to constitute torture.

The prosecution later decided to close the investigation into rape and abuse of authority leading to the tribunal responsible for the case to close it.

REDRESS, together with the Centro de Promoción y Defensa de los Derechos Sexuales y Reproductivos (PROMSEX) and the National Coordinator for Human Rights (CNDDHH), brought Azul’s case to the attention of the Inter-American Commission on Human Rights (IACHR) after exhausting all possibility of obtaining redress domestically, on 14 April 2009.

On 25 November 2014, the IACHR found the case admissible.

On 1 December 2016 a landmark hearing took place during the 159th period of sessions of the IACHR. It was the first case of torture against an LGBTI person heard by the Inter-American Commission.

Oral arguments were presented before the IACHR on a number of critical aspects of the case. These included Azul’s illegal arrest and detention, her rape as a form of torture, the discrimination she suffered at the hands of the Peruvian authorities throughout the domestic legal proceedings and the exhaustion of domestic remedies.

In 2018, the Commission decided that:

The Commission recommended that Peru adopt a series of measures to redress both the material and moral damages suffered by Azul and her mother. These measures should include the payment of compensation, a public apology, a prompt and effective investigation of the facts, provision of the necessary medical and psychological treatment, and the adoption of non-repetition mechanisms including running training programs for all officials who have contact with victims of violence due to prejudice or who are in charge of investigating, including sexual (and other) violence against the LGBTI population.

On 22 August 2018, the IACHR submitted the case to the Inter-American Court of Human Rights, as a result of the failure by the Peruvian State to present any proposals for comprehensive reparation.

The case will allow the Inter-American Court to establish standards regarding cases of physical, psychological and sexual violence, including discriminatory torture, by State security agents committed against LGTBI persons, as well as to deepen its jurisprudence on the duty of due diligence in the criminal investigation, preparation of evidence and punishment of those responsible for cases of violence committed against LGTBI people.

REDRESS and CNDDHH have worked on a number of additional cases that highlight the special vulnerability of the LGBTI community to torture in Perú.

The American Convention on Human Rights, also known as the Pact of San José, is an international human rights treaty (a binding agreement under international law) which has been ratified by 11 countries in the Western Hemisphere.

Jurisprudence is a system or body of law.