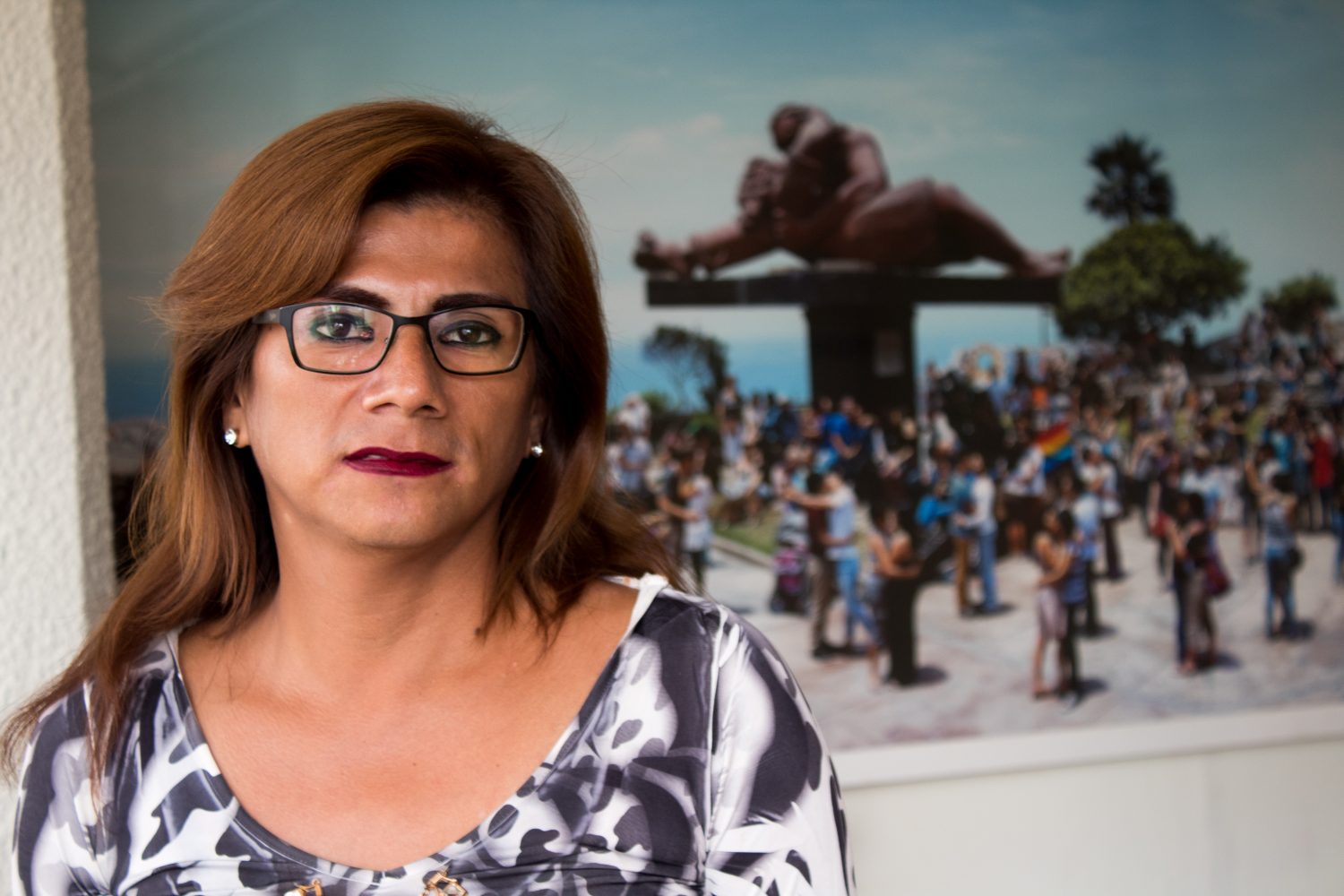 The Inter-American Court of Human Rights (IACtHR) has found Peru responsible for the torture and sexual violence against an LGBTI person by Peruvian police officers in 2008. It is the first time in its history that the IACtHR, the ultimate authority on human rights in the Americas, has considered a case of discriminatory torture.

In its ruling, published yesterday, the IACtHR not only ordered Peru to adopt a series of measures to redress the damage to Azul Rojas Marín, but also to prevent these crimes being repeated. This includes the adoption of measures to officially register cases of violence against LGBTI people, to effectively investigate these cases, provide training to state officials regarding the rights and treatment of LGBTI people, and to eradicate prejudice in the country.

The IACtHR reiterated that “LGBTI people have historically been victims of structural discrimination, stigmatisation, various forms of violence and violations of their fundamental rights”, and that a person’s sexual orientation, gender identity or gender expression are categories protected by the Inter-American Convention on Human Rights.

The ruling finds that violence based on prejudice aims to prevent the person subject to discrimination from being able to exercise their human rights, regardless of whether the person self-identifies with a certain category or not. This violence can lead to hate crimes. Consequently, the ruling asserts that “the State cannot discriminate against a person on the basis of their sexual orientation, their gender identity and / or their gender expression”.

The IACtHR found that “in Peruvian society, strongly-held prejudices against the LGBTI population existed both at the time of the events in question and continue today, and that in certain cases, these prejudices are expressed in acts of violence.” “These violent acts are sometimes committed by state representatives, including members of the national police and the municipal public security guards, as occurred in the present case,” the ruling concludes. It cites as an example a survey carried out by the National Institute of Statistics and Informatics of Peru in 2017 that determined that 56.5% of the LGBTI population is afraid of expressing their sexual orientation and / or gender identity, principally due to the fear of being discriminated against and / or attacked (72%).

The IACtHR declared the State of Peru internationally responsible for the violation of the rights to personal liberty, personal integrity, privacy, not to be subjected to torture, judicial guarantees and the judicial protection of Rojas Marín. Peru is also responsible for the violation of the right to personal integrity of Rojas Marín’s mother, Juana Rosa Tanta Marín, who died in 2017, and who suffered greatly due to what happened.

The IACtHR decided that the State of Peru violated Azul’s right to personal liberty, since her arrest, supposedly to carry out an identity check, had no legal basis and, on the contrary, the agents insulted and mistreated the victim, which amounted to discriminatory treatment based on her sexual orientation. Therefore, the arrest was illegal and arbitrary.

The ruling establishes that Rojas Marín was forcibly stripped naked, beaten on several occasions, subject to derogatory comments about her sexual orientation, and was the victim of rape by the police, since on two occasions officers inserted a police baton into her anus.

The IACtHR concluded that the abuses and attacks suffered by Azul Rojas Marín, including rape, constituted an act of torture by state representatives, due to the intentionality and purpose of the acts, and the severity of the suffering.

Regarding the purpose of torture, the IACtHR found that it was motivated by Azul’s sexual orientation, and therefore can be classified as a “hate crime”. The IACtHR concluded that the attack “not only injured Azul Rojas Marín’s legal rights, but it was also a message to all LGBTI people, as a threat to the freedom and dignity of this entire social group.”

The case dates back to 25 February 2008, when Rojas Marín (who at that time self-identified as a gay man and now self-identifies as a woman) was arrested without reason by Peruvian police officers, who beat her and insulted her with derogatory words clearly referring to her sexual orientation.

She was taken to the Casa Grande Police Station (La Libertad), where she was forcibly stripped naked, beaten several times, and was the victim of torture and rape. She remained at the police station until 6 in the morning without her arrest being registered.

After being raped, the victim filed a complaint at the Peruvian National Police station in Casa Grande against the police officers, but despite several further attempts to progress the complaint, it was eventually dismissed and the file closed.

In its ruling, the IACHR determined that the State of Peru did not act with due diligence in its investigation of the sexual torture and the violation of the rights to judicial guarantees and judicial protection. The Court found that the process was riddled with discriminatory stereotypes and establishes that the authorities ought to have investigated whether there were reasonable indications that the violence had been motivated by discrimination.

The IACtHR ordered the State of Peru to adopt the following measures to redress the impact on Rojas Marín and avoid a repeat of the violations: a) promote and continue the investigations necessary to identify, prosecute, and, where appropriate, punish those responsible for the acts of torture; b) publicise the sentence and its official summary; c) carry out a public act of acknowledgment of international responsibility; d) provide medical and psychological and / or psychiatric treatment; e) adopt a protocol of investigation and administration of justice during criminal proceedings for cases of violence against LGBTI people; f) create and implement a training and sensitization plan for state representatives on violence against LGBTI people; g) design and implement a system to collect and produce statistics about violence against LGBTI people; h) eliminate the indicator of “eradication of homosexuals and transvestites” from the Citizen Security Plans of the Regions and Districts of Peru and i) pay the amounts established in the judgment for compensation for material and moral damages, as well as the payment of costs and expenses.

Rojas Marín brought her case before the IACtHR with the legal assistance of the Center for the Promotion and Defense of Sexual and Reproductive Rights (Promsex), the National Coordinator of Human Rights (CNDDHH) and REDRESS, an international organisation that fights against torture.

“I am very grateful to all the people who have made this possible. I have no words to describe how I feel. I thank God above all. After all that I have been through, finally a court believes me. I only wish I could have been able to share this joy with my mother, who was always alongside me in my efforts to report the crime and find justice,” said Azul Rojas Marín after learning of the ruling of the IACtHR.

A summary of the judgment in Spanish is available here and the full judgment here.

“This ruling is extremely significant because it establishes very clearly the obligations of States to protect LGBTI people against acts of violence based on prejudice motivated by sexual orientation and gender expression. It provides key parameters to identify if torture has been committed for discriminatory reasons, as well as important standards for the authorities to investigate these cases effectively,” said Chris Esdaile, Legal Advisor at REDRESS.

“This is a judgement which should represent a “before and after” moment for the LGTBI community in Peru and in the region, since it establishes parameters for the proper investigation of crimes committed due to someone‘s sexual orientation, identity or gender expression, whether real or perceived. For our country, it is important to highlight the Court’s recognition of the context of discrimination, something that the Peruvian State always refused to accept during the proceedings,“ said Gabriela Oporto Patroni, coordinator of Strategic Litigation at Promsex.

“This ruling represents a historic opportunity for the Peruvian State to eradicate systematic violence against LGTBI people from its institutional practices and is a precedent of great importance for the protection of LGTBI people throughout the region.”