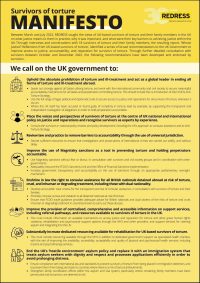 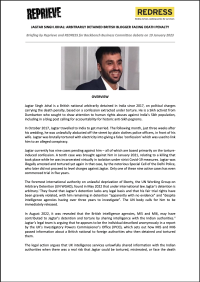 Briefing by Reprieve and REDRESS for Backbench Business Committee debate on 19 January 2023. 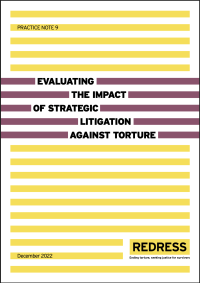 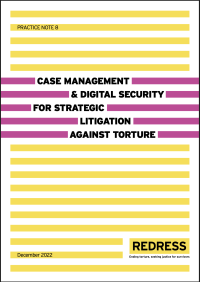 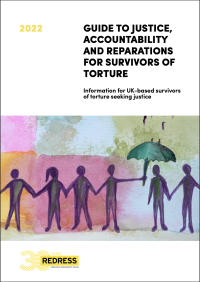 This Guide provides information for survivors of torture, their families, friends, and front-line service providers who are based in the UK about the options available to seek justice, reparation, and accountability for the torture suffered. Guide translators: Arabic: Nour Mahameed, Balkees Mgadami 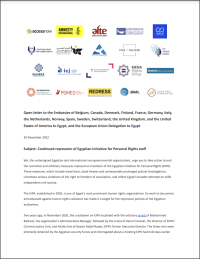 In this open letter, REDRESS and 19 Egyptian and international non-governmental organisations urge the Embassies of Belgium, Canada, Denmark, Finland, France, Germany, Italy, the Netherlands, Norway, Spain, Sweden, Switzerland, the United Kingdom, and the United States to Egypt, and the European Union Delegation to Egypt, to take action to end the restrictive and arbitrary measures imposed on members of the Egyptian Initiative for Personal Rights (EIPR). These measures, which include travel bans, asset freezes and unreasonably prolonged judicial investigations, constitute serious violations of the right to freedom of association, and reflect Egypt’s broader attempts to stifle independent civil society. 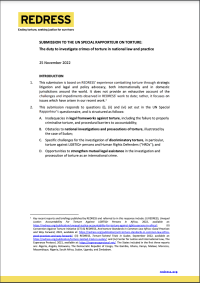 This submission responds to a call for input from the UN Special Rapporteur on Torture on the challenges preventing effective accountability and justice for victims and survivors of torture, and good practices on the duty to investigate crimes of torture. REDRESS’s submission identifies: Inadequacies in national legal frameworks against torture, including the failure to properly criminalise torture, and procedural barriers to accountability; Obstacles to national investigations and prosecutions of torture, in particular illustrated by the case of Sudan; Specific challenges for the investigation of discriminatory torture, in particular torture against LGBTIQ+ persons and human rights defenders, and opportunities to strengthen mutual legal assistance in the investigation and prosecution of torture as an international crime. 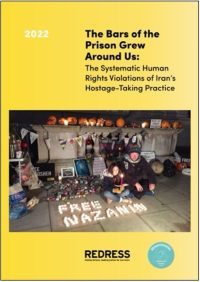 This report, authored by the Free Nazanin Campaign and REDRESS, details for the first time the systematic pattern of human rights abuses committed through Iran’s hostage-taking practice. The report draws in part from detailed testimonies from 26 victims of hostage-taking or their family members, who shared their experiences from their initial detention and interrogation through illegitimate legal proceedings, abuses suffered during imprisonment, false and abusive propaganda by the regime, and their use as “diplomatic assets”.