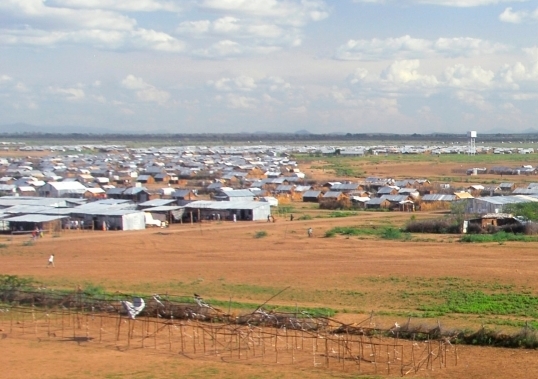 Samuel and Henri were caught up in the failed military coup of August 1982 while serving in the Kenyan Armed Forces (KAF). Fearing for their lives, they sought refuge in Tanzania. They were subsequently detained, forcefully repatriated, tortured and harassed. They seek declarations and damages from the KAF and the Kenyan Government.

Samuel, who currently resides in Sweden, served in the KAF until forced at gun point to guard the Operational Headquarters during a failed military coup on 1 August 1982. After witnessing the torture inflicted on soldiers who surrendered after the coup, he hid before eventually fleeing to Tanzania on 29 September 1982.

In Tanzania, Samuel was initially detained for 40 days in an overcrowded cell with limited access to food, where he nearly died of malaria. After receiving refugee status in November 1982, he lived in a refugee camp for a year.

Amid rumours that Kenya and Tanzania would unlawfully swap coup suspects, Samuel was granted political asylum by Sweden in November 1983.

Before he could leave for Sweden, Tanzanian police forcefully returned Samuel to Kenya.

In Kenya, Samuel was beaten; denied food, water and access to toilet facilities; and held in incommunicado pre-trial detention and solitary confinement for 6 months.

Samuel was forced to plead guilty to desertion or he would be charged with the greater offence of mutiny. He was imprisoned for 17 months, during which he was tortured.

Samuel was unlawfully denied his statutory right to remission of 1 month of the sentence after serving 16 months.

Following his release in 1986, Samuel was kept under surveillance by security officers and continued to be harassed. He managed to escape from Kenya to Tanzania and then traveled on to Sweden.

Samuel is seeking declarations and damages from the KAF and the Kenyan Government.

Henri, who currently resides in the UK, was also forced at gun point to guard the Operational Headquarters during the failed coup of August 1982 while serving in the KAF. Like Samuel, he fled to Tanzania because he feared for his life.

In Tanzania, Henri was granted refugee status. He then applied for and received political asylum in Sweden. Days before he was due to travel to Sweden, he was forcefully returned to Kenya.

Henri was beaten; held in pre-trial solitary confinement and incommunicado for 6 months; deprived of clothes, sleep, food, drinking water, toilet facilities and medical attention; and forced to plead guilty to the offence of desertion.

He was imprisoned for 2 years and denied the remission of 1 month of the sentence.

While imprisoned, Henri was tortured, held in degrading prison conditions, and subjected to hard labour. After his release in 1985, he was also harassed and kept under surveillance.

Henri is also seeking declarations and damages from the KAF and the Kenyan Government.

REDRESS has been working together with a lawyer in Kenya to submit a petition before the Constitutional and Human Rights Division against the KAF and the Kenyan government to seek redress for Samuel and Henri in the form of declarations and damages.

The case is pending before the High Court of Kenya, which has been asked to declare that what happened to Samuel and Henri was a violation of their human rights by the KAF and the Kenyan government. The Court has also been asked to award compensation.

Incommunicado detention occurs when detainees cannot communicate with anyone outside of their place of detention. Detainees held incommunicado cannot contact their family, attorneys or doctors.

Forcible return or refoulement is the expulsion or return of a refugee to country where their life or freedom is likely to be threatened on account of their race, religion, nationality, membership of a particular social group or political opinion. It is prohibited by Article 33 of the 1951 Convention Relating to the Status of Refugees and Article 3 of the UN Convention against Torture. The prohibition of refoulement is also a principle of customary international law.

Remission is the forgiveness or pardon of an offence. In this case, it means the early release from prison to which Samuel and Henry were entitled.