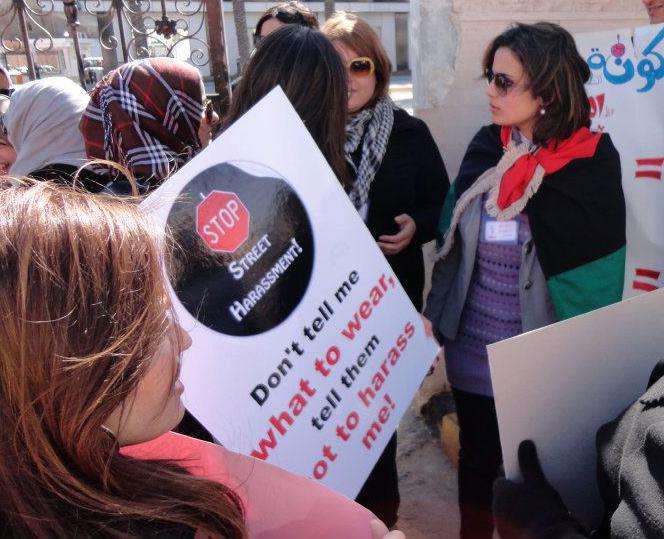 In it, REDRESS Legal Advisor Chris Esdaile discusses the case of Magdulein Abaida, a Libyan women’s rights activist who secured an emblematic decision on gender-based violence against female human rights defenders in 2022 in a case litigated by REDRESS.

After the fall of the Libyan leader Muammar Gaddafi in 2011, Magdulein Abaida and other Libyan women actively campaigned for gender equality to be enshrined in the new Libyan constitution.

It was not long after, in August 2012, that Magdulein was abducted from her hotel room in the Libyan port city of Benghazi by five men belonging to the Martyrs of 17 February Brigade, a militia group affiliated with the Libyan government.

After her release, following five days of threats, insults and physical beatings at different compounds ran by the government and this militia, Magdulein continued to receive death threats, saying that she would be killed if seen out in public. Fearing for her life and unable to continue her human rights’ work, she was left with no other option than to leave her home country and seek asylum in the UK.

A decade later, REDRESS celebrated an important decision in favour of Magdulein. In April, the UN Committee on the Elimination of Discrimination against Women (CEDAW), the UN body of experts that monitors implementation of the main global treaty on women’s rights, found that Libya violated Magdulein’s rights in Libya. An earlier complaint filed by REDRESS before the Libyan Prosecutor General, urging him to investigate the allegations, had gone unanswered.

The decision of CEDAW is unprecedented. It is the first to be made on gender-based violence against a human rights defender, and the first made in response to an individual complaint from the Middle East and North Africa region.

In their decision, CEDAW requested that Libya provide Magdulein with reparations, prosecute those responsible, and take steps to address gender-based violence and discrimination against women committed by public officials and non-State actors in Libya.

“I’m so proud to have played a part in setting a legal precedent for women and human rights defenders. It’s a huge relief to have received this type of recognition of the injustices I suffered,” said Magdulein Abaida.

Watch a film about Magdulein’s story: