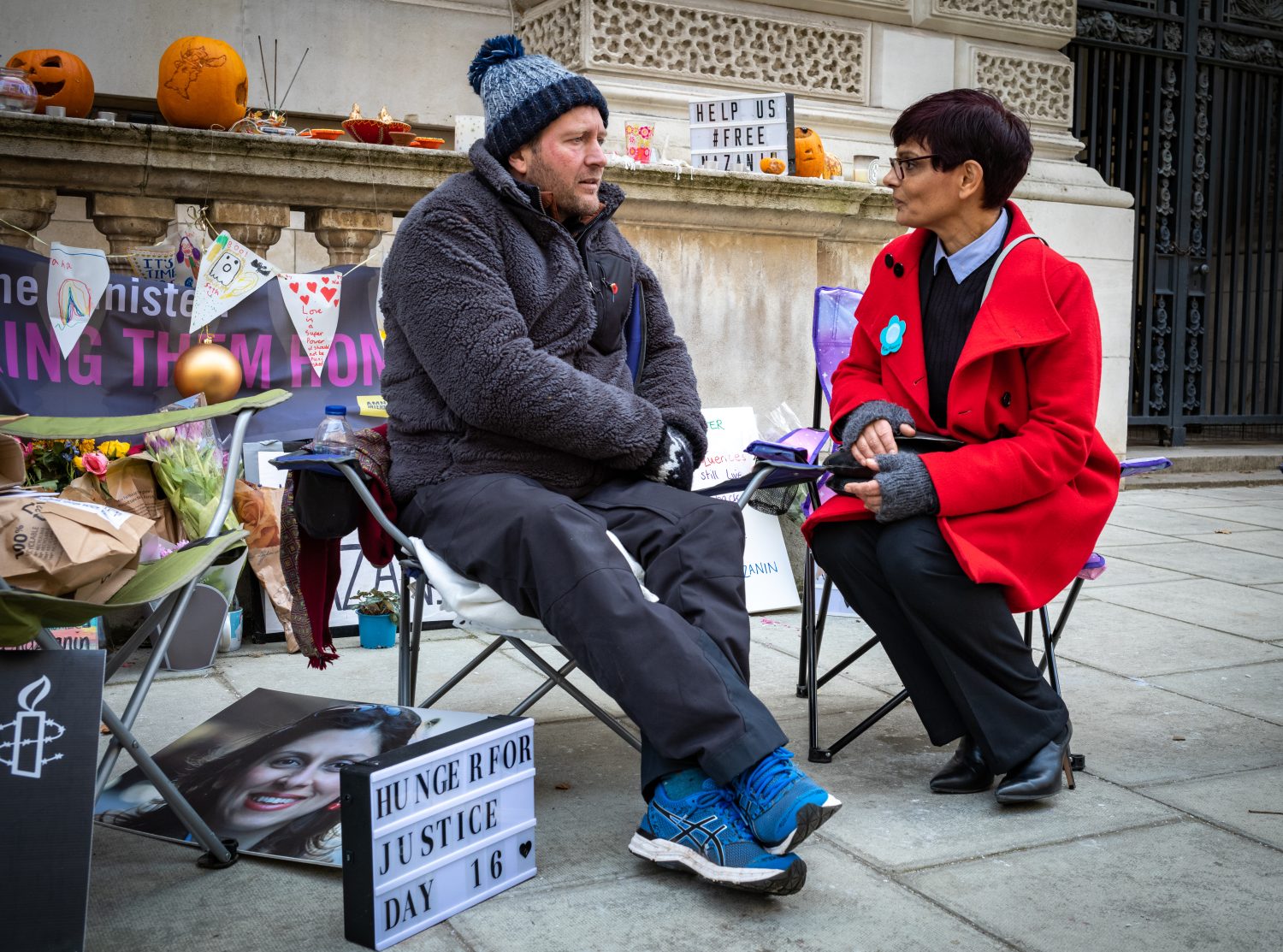 2022 In Focus: Interview with Richard Ratcliffe

REDRESS spoke with Richard Ratcliffe following the release of his wife Nazanin Zaghari-Ratcliffe, a British-Iranian citizen who was kept hostage by Iran from 2016 to 2022. REDRESS campaigned alongside Richard for her release. Below are his reflections on what changes are needed so what happened to Nazanin does not happen to anyone else.

We must recognize these cases as “hostage cases”

How are you, Nazanin, and your family all coping since she was released?

Life is obviously much easier now that big battle is done. But also you do only realise when it is over all the different ways in which you were manifesting stress, all the different quirks and coping strategies that need to be laid to rest.

And catching up with each other is still a journey – adjusting all to each other, catching up with the passage of six years, and learning to make plans for the future again. The nightmares haven’t gone away, but gradually we are getting back to normal again.

You have questioned the handling of state hostage situations by the UK. What are three key policy or legal changes you would like to see to protect others?

I think the main three things would be: First, recognition. Recognising cases as hostage cases rather than insisting on using other words to pretend they are something else. The US government has a list of US citizens held hostage or “wrongfully detained” by foreign governments for leverage. The UK should have the same – with clear criteria. Second, reporting to parliament: UK hostage policy is very opaque. In the US they report to Congress annually on their progress and trends in hostage cases. I think the Foreign Office should be doing something similar to Parliament. Third, accountability. At present the UK does not take accountability seriously for hostage cases. It has not used its Magnitsky sanctions powers to challenge state hostage-taking, it does not yet have an equivalent of the Levinson Act in the US, which empowers the government to get people home, but also to go after the bad guys and deal with the moral hazard in hostage-taking. It will need both of these if state hostage-taking is not to continue to grow.

You want to enshrine a right to consular protection in UK law, instead of leaving consular assistance to the discretion of the Foreign Office. Why do you feel this is important?

Because discretionary government is always unfair government. It means that government chooses to help based on lobbyists and media pressure. In the end we were able to generate that pressure and now Nazanin is home. But there are plenty of others you have never heard of who weren’t so lucky.