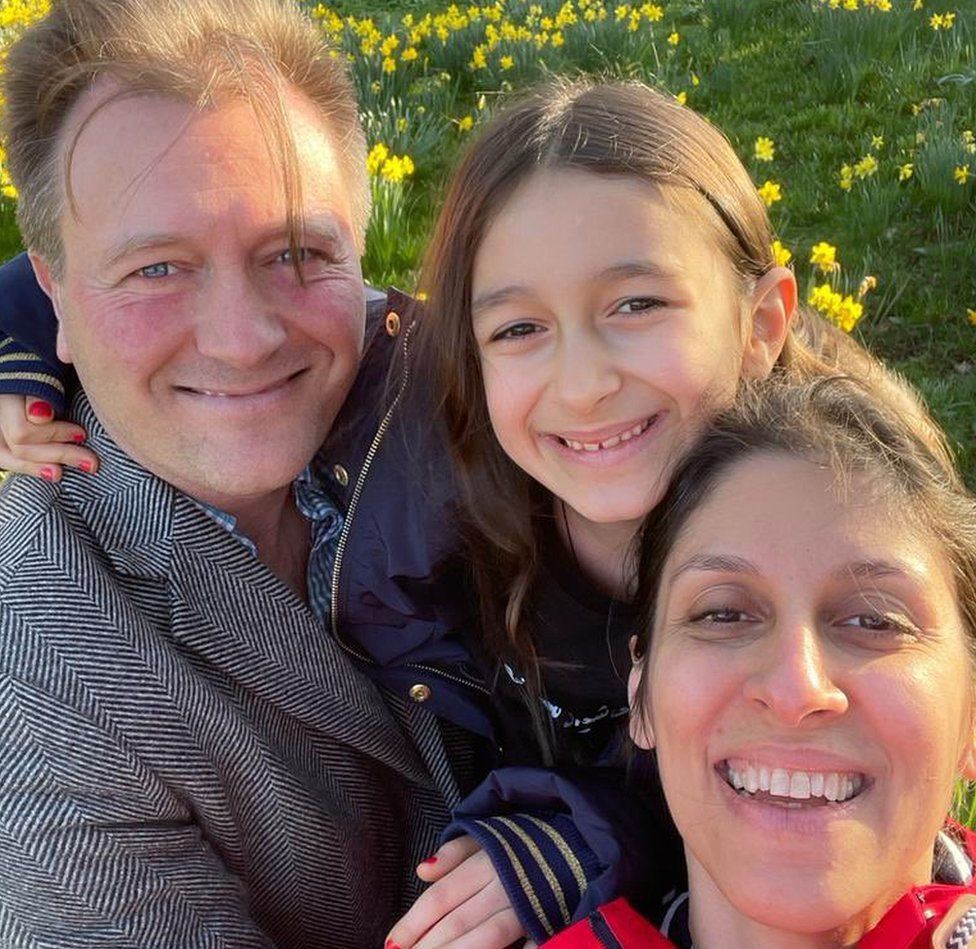 2022 in Focus: Nazanin is Finally Home with Her Family

In it, REDRESS Head of Communications Eva Sanchis reflects on the release of British-Iranian hostage Nazanin Zaghari-Ratcliffe, after six year of arbitrary detention in Iran, and the shortcomings of the current policies on consular protection of UK citizens.

By Eva Sanchis, Head of Communications

On 16 March 2022 Nazanin Zaghari-Ratcliffe, a victim of torture and hostage-taking in Iran for nearly six years, was finally allowed to leave Iran and return home with her husband and eight-year-old daughter in the UK.

REDRESS, which has acted as legal representatives for Nazanin and her husband, Richard Ratcliffe, since 2016, celebrated the end of a terrible ordeal that started when she was detained at Tehran airport on 3 April 2016 after visiting family with her then one-year-old daughter.

Nazanin was tried and convicted twice in Iran of unfounded charges, and despite being innocent, she spent four years in prison in poor conditions of detention, including more than eight months in solitary confinement, and a year under house arrest with an ankle tag.

While celebrating her release, we must not forget the deep injustice perpetrated by Iran. The systematic hostage-taking of innocent foreign nationals for diplomatic leverage by Iran and other states must not be allowed to continue. Six years is a devastatingly long time for a family to be separated, and it is concerning that it took so long for the UK government to secure Nazanin’s release.

REDRESS has urged the UK government to learn lessons from this case and to reassess its policies on consular protection of its citizens tortured or at risk of torture abroad, and on hostage taking. Most recently in July 2022, our Director Rupert Skilbeck and barrister Tatyana Eatwell (who supported our work it the case, along with John Dugard SC, and Alison Macdonald QC), gave oral evidence to this effect to the UK parliament’s Foreign Affairs Committee for their inquiry into state level hostage situations.