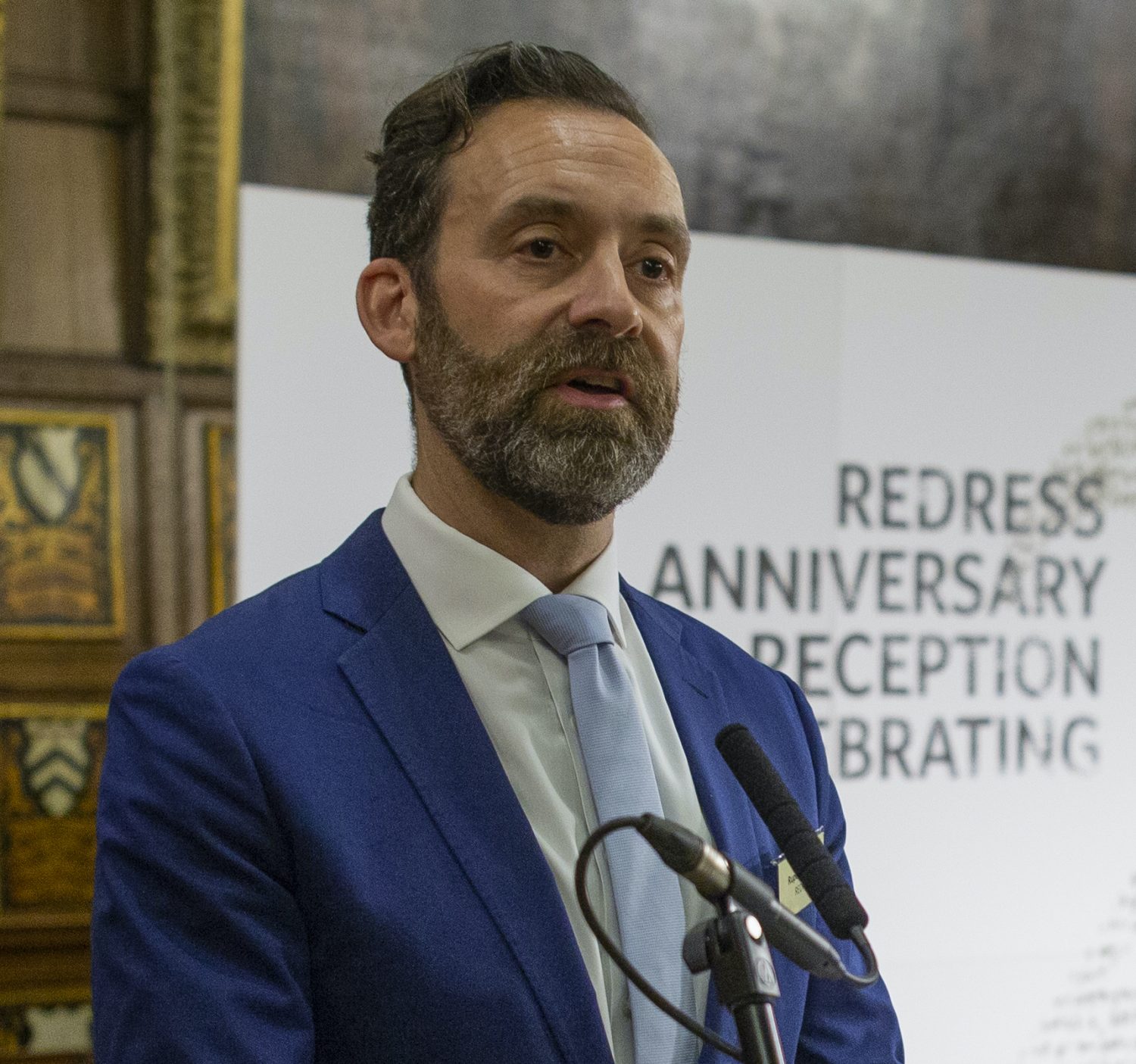 30 Years On, REDRESS Continues to Stand Strongly with Survivors, as New Trustees and Patrons Are Announced

30 years ago today, on Human Rights Day, REDRESS was founded. The founder of REDRESS, Keith Carmichael, was working as a businessman in the Middle East in the 1980s when he was detained without charge for 857 days and tortured. Keith founded REDRESS in 1992, after he returned to the UK and realised how difficult it was for survivors to obtain reparation, given the many hurdles placed in their way. REDRESS’s founding aim was to work with survivors to remove these obstacles.

30 years later, REDRESS continues to stand with survivors by helping them secure justice and reparation and by removing the barriers they face. This redress is crucial to help rebuild shattered lives – ask any torture survivor. In the last three decades, REDRESS has obtained landmark judgments on behalf of survivors before the European Court of Human Rights, the Inter-American Court of Human Rights, the Africa human rights system, UN treaty bodies and national courts, helping pave the way for concrete reforms.

REDRESS has also played a leading role to strengthen international standards on reparation and on victims’ rights. Some of the standards that we have championed include the United Nations Basic Principles on the Right to a Remedy and Reparation and the Rome Statute’s ground-breaking standards for victim participation and reparation that at the time were unknown to international criminal jurisdictions.

Under its 2025 Strategy, REDRESS has built on its historical achievements and established strengths, while proposing lasting changes in law, policy, or attitudes to prevent torture from happening in the future, with the ultimate aim to realise REDRESS’s vision: a world without torture. The Strategy includes efforts to develop practical measures to deliver justice and reparation for survivors, and to shine a light on situations where torture is prevalent but deserves more attention, such as the torture against marginalised and excluded communities, including women, refugees and the LGBTIQ+ community.

Some of our recent initiatives include promoting reparations for survivors of conflict-related sexual violence, drawing attention to the issue of enforced disappearances in Africa as a form of torture, and highlighting LGBTIQ+ torture in South America and Africa. REDRESS has also launched a new initiative to ensure that human rights sanctions are effective to deter human rights abuses and hold perpetrators accountable, developed cases to seize the assets of perpetrators of torture, and strengthened the capacity of civil society to litigate strategic cases on torture.

Today, as REDRESS begins its 30 anniversary celebrations, we are delighted to welcome two new Patrons (Baroness Frances D’Souza and Lilianne Ploumen) and three new Trustees (Andrew Songa, Ceri Thomas and Sara Hossain), who bring with them a wealth of experience in the private, public and non-profit sectors that will add to REDRESS’s strengths.

Baroness Frances D’Souza, a crossbench peer who is the former Speaker of the House of Lords, has been a life-long advocate for human rights. She was previously the Director of Article 19, an international human rights organisation that works to defend and promote freedom of expression and information, and a former trustee of REDRESS.

Lilianne Ploumen is a renowned Dutch politician and women’s rights and human rights activist, who started the “SheDecides” campaign, an unprecedented global initiative to finance family planning initiatives after the US halted funding to such programs.

Sara Hossain, a lawyer at the Supreme Court of Bangladesh, knows first-hand the challenges faced by women subjected to violence in Bangladesh. Hossain played a key role in drafting Bangladesh’s first comprehensive legislation on violence against women, which went on to become law in 2010. She has also challenged fatwa violence, where such edicts are issued to meet out degrading and violent punishments to women and girls.

Andrew Songa, a prominent Kenyan lawyer and human rights advocate, has worked on the implementation of various strategic litigation cases, including the Endorois case, which ordered Kenya to restore the Endorois to their historic land and to compensate them, as well as the Ogiek case, which awarded reparations to the Ogiek indigenous peoples for harms suffered from injustices and discrimination.

For Songa, REDRESS’s work is more relevant than ever, “especially during a time when we continue to witness grievous human rights violations across the world.”

30 years on, REDRESS is closer to its goal, but there remains a lot to be done. Survivors continue to fight to ensure that the crimes they experienced are formally acknowledged, that the perpetrators are prosecuted and that they receive the reparations owed to them to move forward with their lives in dignity. The challenges to access justice and reparations for the harm suffered not only characterise regimes where torture is endemic, but extend to countries which have strong legal systems and human rights protections.

Survivors of torture also struggle to find opportunities to share their stories and experiences more widely, faced with a fast-paced 24-hour news cycle. As our new Trustee, Ceri Thomas, former Head of BBC News Programmes and editor of Panorama and The Today Programe, observes: “While I have admired the work of REDRESS for many years, at the same time, I have been concerned that the media in general too often fails to report on torture or recognise its seriousness.” Thomas hopes to contribute to bringing prominence to the issues that are at the heart of REDRESS’s mission.

The battles are not easily won, but when there is progress, there is hope.

With a reinvigorated focus on its strengths, REDRESS will continue to drive positive change in the UK and across the globe towards our ultimate goal of ending torture for good. As we celebrate 30 years, we look forward to including you in our celebrations.