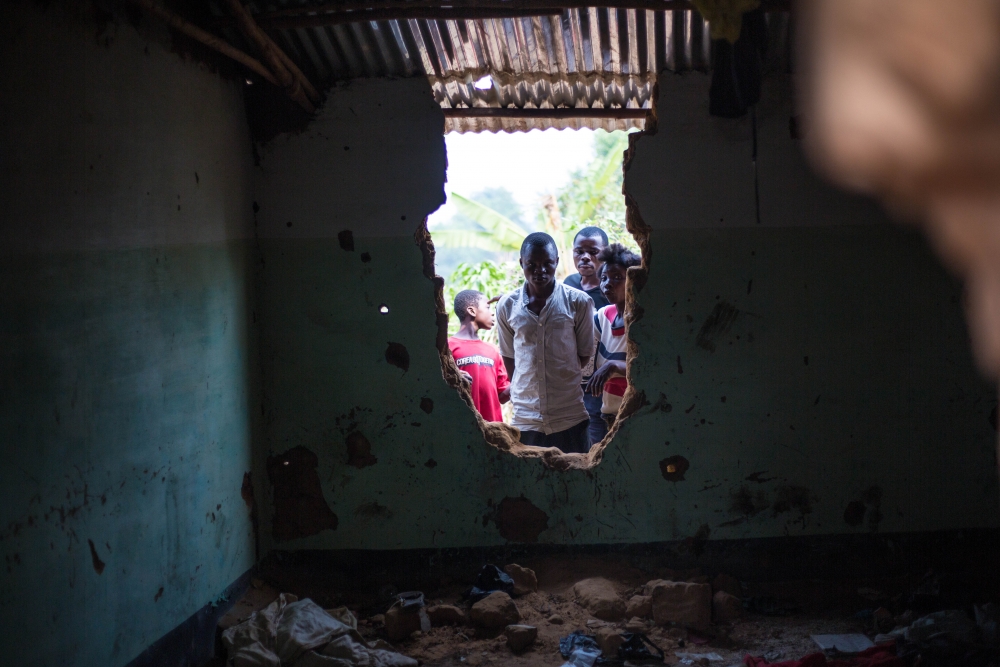 Researchers from the School of Law at Queen’s University Belfast and the University of Essex, in partnership with REDRESS, have launched new international guidelines, the Belfast Guidelines on Reparations in Post-Conflict Societies.

The guidelines have been designed to share good practice with State and non-State actors on the implementation of effective reparations in post-conflict situations, with the aim of overcoming common challenges identified in extensive research and fieldwork conducted in several societies affected by armed conflict. 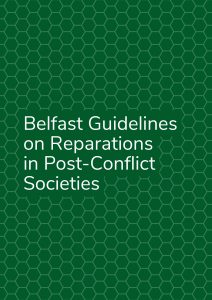 Reparations have long been a legal and political tool of making amends for past wrongs in post conflict and transitional societies, and aim to restore what is owed, compensate for loss, acknowledge wrongs, and remedy the injured.

The guidelines are based on fieldwork and 250 individual interviews conducted in six countries (Colombia, Guatemala, Nepal, Northern Ireland, Peru, and Uganda) to analyse the effectiveness of reparations in the aftermath of conflict and mass violence. The research team examined the role of non-state armed groups in contributing to reparation processes, victim participation and agency in reparation programmes, and the interaction of donors and development with reparations. Respondents included victims, ex-fighters, government officials, policy makers, civil society actors, experts, and donors.

Dr Luke Moffett, Reader from the School of Law at Queen’s and project lead, said:

“Reparations have been used for thousands of years to resolve war, but often as a cost imposed on the loser. In recent decades victims have a recognised right to reparations in international law, but most countries emerging from conflict struggle to deliver such redress. Even in Northern Ireland we have failed to deliver adequate reparations to most of our victims. These new international guidelines provide guidance on how States and other actors can make reparations to victims, which can contribute to a more durable peace and reconciliation.”

“Our guidelines breakdown international legal obligations and good practice in domestic reparation programmes into 15 accessible principles to help countries develop their own reparation laws and policies, as well as for victims to claim redress. We also tackle the need for reparations to be made as soon as possible, even in situations of ongoing armed conflict and airstrikes. The guidelines also draw attention to prioritising access and reparations to vulnerable victims, such as elderly, disabled, children and victims of sexual violence, who are often neglected in such processes.”

“Transitioning from conflict and the implementation of reparations are often lengthy processes. As recognised by the guidelines, the agency and active participation of victim groups in the planning and implementation of reparations is key to ensure the effectiveness of such programmes. In that regard, a key principle included in the guidelines is the need for national and international donors as well as other stakeholders to consider providing long-term support to victims and civil society working with them.”

“The Guidelines make a key contribution to the fulfilment of the right to reparation of victims around the world, including survivors of conflict-related sexual violence by addressing the implementation gap. They bring together lessons learned and best practice from key countries around the world on how to make reparations possible and adequate through domestic reparation programmes. From Ukraine to DRC, where key conversation on this right are taking place today, these guidelines provide key tools to ensure that victims voices are heard, that they remain at the centre of any reparations process and that they gain access to reparations that are adequate, prompt and effective.”

“Reparations cannot fully undo the harm caused by violations resulting from armed conflict, but with sufficient financial resources they can remedy some of the continuing effects of war and enable victims to live a dignified life. For perpetrators of such violations, reparations can also offer them an avenue to take ownership of their wrongdoing and put them onto the path of reconciliation in normalising their position in society. These guidelines build on UN standards by providing insights into how countries facing conflict like Ukraine, Congo, Yemen and Syria can deliver reparations for violations.”

These Guidelines reflect the findings of a five-year project, ‘Reparations, Responsibility and Victimhood in Transitional Societies’, funded by the Arts and Humanities Research Council.

For more information on the project, please click here.

Photo credit: Philip Kleinfeld/UN OCHA. A house in Nganza, DRC, where locals said 500 bodies were dumped by government soldiers during the conflict.