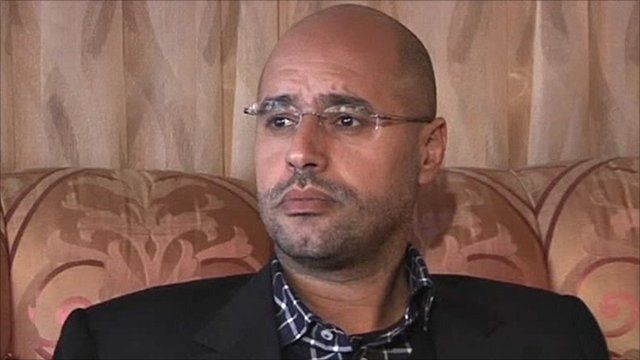 Today, the Appeals Chamber of the International Criminal Court (ICC) confirmed the previous decision of Pre-Trial Chamber I which found that the case against Saif Al-Islam Gaddafi is admissible before the Court. Lawyers for Justice in Libya (LFJL) and REDRESS welcome the judgment on the admissibility challenge brought by Gaddafi in 2018, as it offers a crucial prospect for accountability and justice for grave human rights violations in Libya.

Gaddafi, who is accused of committing crimes against humanity for his alleged role in the violent suppression of civilian demonstrations during the uprising that began in Libya in February 2011, claimed that the ICC cannot exercise jurisdiction over him because he had already been tried and convicted by a national court for the same conduct. He further argued that the amnesty he received pursuant to Law No. 6 of 2015 barred any further criminal proceedings against him in Libya as it made his conviction final.

Pre-Trial Chamber I rejected his arguments on 5 April 2019. Noting LFJL and REDRESS’ amicus curiae submission, it found that amnesties and pardons for crimes against humanity are incompatible with international law and deny the rights of victims to truth, justice and reparations.

Rejecting Gaddafi’s admissibility challenge, the Appeals Chamber confirmed the Pre-Trial Chamber’s finding that the judgment against him by a Libyan court was not final and that Law No. 6 did not apply to Gaddafi. The Appeals Chamber noted that Gaddafi had not apologised, shown repentance for the crimes he committed nor taken any steps to reconcile with victims, as required under Law No. 6. Further, no reasoned decision had been issued granting the amnesty to Gaddafi. As such, his conviction in Libya is not final and the ICC has jurisdiction over Gaddafi for murder and persecution as crimes against humanity.

“As the situation in Libya continues to deteriorate and domestic courts cease to function, the ICC currently serves as one of the only avenues of access to justice for victims in relation to the serious international crimes being committed in Libya,” said Elham Saudi, LFJL’s Director. “Today’s decision is a significant step in the fight against impunity in Libya.”

“Today’s decision sets an important precedent for Libya and beyond as it reiterates that international crimes shall be investigated, prosecuted and sanctioned effectively by the national authorities, or by the ICC if justice is not done at the national level.”

LFJL and REDRESS call once more on Libya and the international community to ensure Gaddafi’s surrender to the ICC to face trial. The organisations also urge Libya to repeal all laws currently in place that grant amnesty for serious international crimes and gross human rights violations. Additionally, LFJL and REDRESS call on Libya and the international community to enforce the outstanding arrest warrants against Mahmoud Mustafa Busayf Al-Wefalli and Al-Tuhamy Mohamed Khaled for alleged war crimes and crimes against humanity.

In 2014, Libyan authorities failed in their challenge to the admissibility of Saif Al-Islam Gaddafi’s case before the ICC. The ICC Appeals Chamber found that the case was admissible before the ICC, as Libya had not sufficiently proven its national investigation covers the same case as the one before the ICC.

In 2015, a Libyan court in Tripoli sentenced 37 Muammar Gaddafi administration officials, including Saif Gaddafi and fellow ICC suspect Abdullah al-Senussi, to death for offences related to the suppression of the 2011 Libyan uprising and for crimes committed during the conflict. The trials and verdicts raised serious concerns of due process violations, with the ICC prosecutor and civil society groups urging his surrender to the ICC and calling on Libya not to execute him. LFJL has repeatedly expressed concerns regarding violations of Gaddafi’s right to a fair trial in Libya in these domestic proceedings. The 2015 trial raised serious doubts about the independence and impartiality of the trials in Libya and whether they were consistent with the intent to bring about justice, which is a requirement for the conduct of another court to be considered valid by the ICC.

Libyan authorities have thus far failed to transfer Gaddafi to ICC custody, with the Zintan militia detaining him refusing to hand him over to central government authorities. The matter was referred to the UN Security Council by ICC judges following a ruling that Libya had not complied with its obligations to cooperate under the terms of the Council’s referral of the Libya situation to the Court.

In 2012, LFJL and REDRESS submitted independent observations to the ICC regarding Libya’s request to try Gaddafi. In 2018, the organisations submitted an amicus brief on Gaddafi’s admissibility challenge. A second amicus brief was submitted to the ICC’s Appeals Chamber in 2019. In November 2019, LFJL and REDRESS appeared before the ICC’s Appeals Chamber to request that it uphold Pre-Trial Chamber I’s decision. The organisations were represented by Alison Macdonald QC from Matrix chambers at the oral hearing.