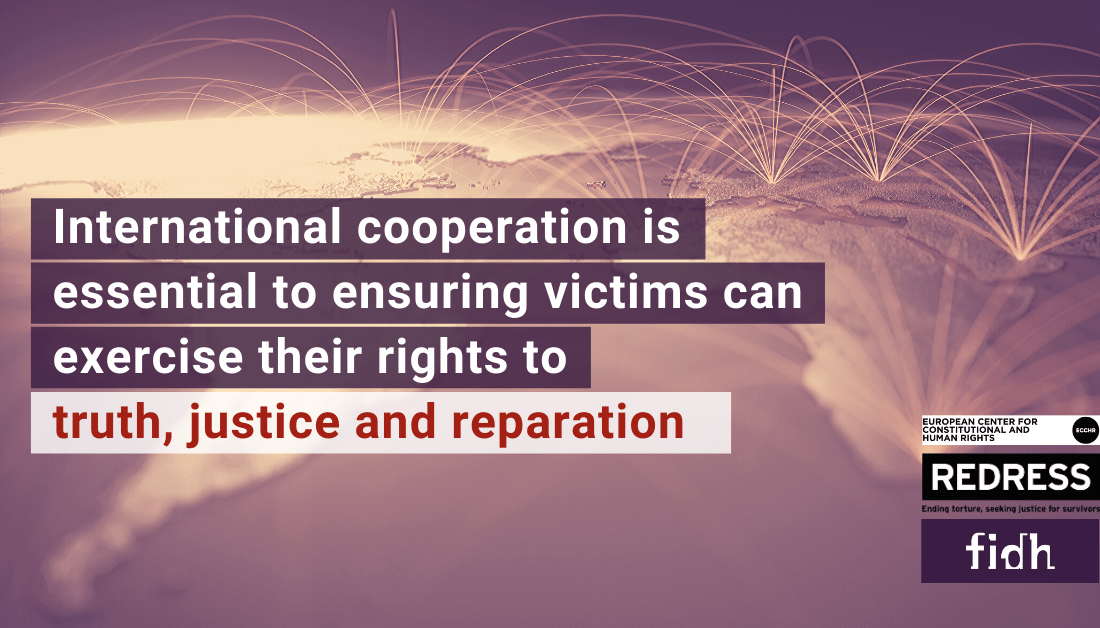 In a joint policy submission released today, FIDH, REDRESS and ECCHR call on States to prioritise victims’ rights in negotiations for a new multilateral treaty on international cooperation in the domestic prosecution of serious international crimes, including genocide, war crimes, and crimes against humanity. Failure to do so would undermine existing standards on victims’ rights and diminish the potential benefits of the treaty.

Since 2011, a group of States has advocated for a new multilateral treaty(1) to enhance cooperation between States in investigations and prosecutions of serious international crimes. This Mutual Legal Assistance (MLA) Initiative is currently supported by over 70 countries from all regions of the world.

Our organisations have closely followed this initiative(2) and welcome a new treaty aimed at strengthening cooperation in the fight against impunity. However, we urge States not to lose sight of the central role victims play in such cases and the inherent risks this role entails. Any new treaty concerning international crimes must reaffirm and promote established victims’ rights. Failure to do so would undermine the development of the law and hamper the treaty’s ability to carry out its raison d’être: establishing a powerful tool for cooperation in cases where effective victim engagement has proven essential.

Recent decades have seen increased efforts at the national level to investigate and prosecute individuals and companies responsible for the most serious international crimes. The treaty will provide a strong framework for international cooperation in such cases, lessening the obstacles national authorities face in gaining access to suspects, witnesses, evidence and assets located beyond their borders.

International cooperation is also essential to ensuring victims can exercise their rights to truth, justice and reparation. Victims are the cornerstone of any viable investigation or prosecution of serious international crimes before national courts. More often than not, they are the driving force behind investigations. Without their courage and determination, many such cases would never reach trial. FIDH, REDRESS, and ECCHR urge states to negotiate stronger provisions that reaffirm victims’ rights and recognise the crucial role they play; this will enhance the Convention’s ability to function as a practical tool for countries working to end impunity for serious international crimes through national investigations and prosecutions.

(1) Convention on International Cooperation in the Investigation and Prosecution of the Crime of Genocide, Crimes against Humanity and War Crimes.