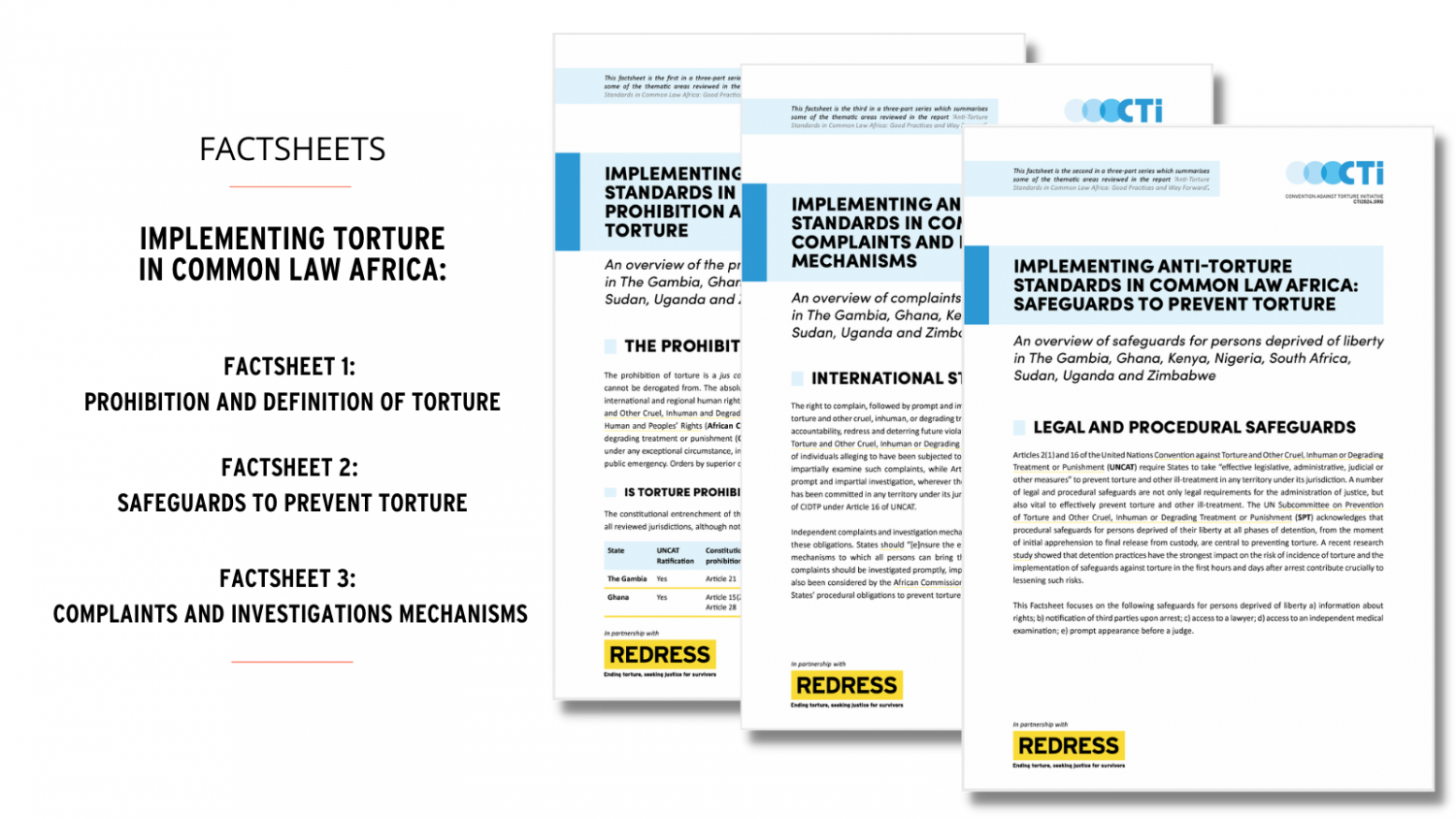 1. The extent to which the reviewed States have domesticated the definition and prohibition of torture in line with UNCAT.

2. The implementation of safeguards against torture for persons deprived of their liberty across the eight States reviewed.

3. And an overview of existing mechanisms that receive complaints of and investigate allegations of torture and other ill-treatment in the eight States reviewed.

All three Factsheets outline a number of proposals for States and their institutions, in response to the shared challenges identified.

You can read the full report here.