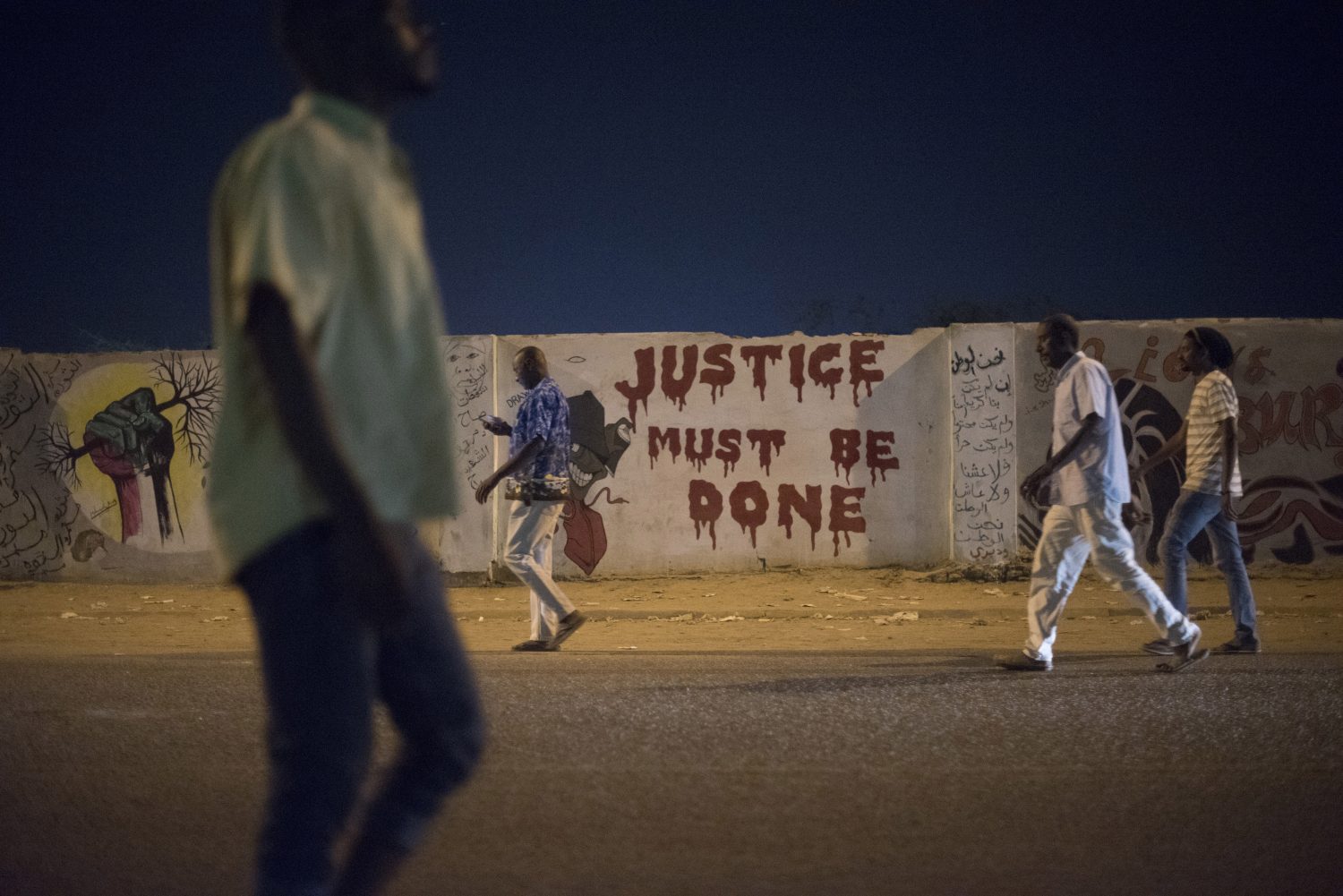 The Sudanese transitional government must show its commitment to breaking with a decades-long legacy of impunity for grave human rights violations and international crimes by swiftly facilitating the handover of Omar al-Bashir, Ahmed Haroun, and Abdel Raheem Muhammed Hussein to the International Criminal Court (ICC).

In a joint letter, more than 65 civil society organisations and individuals – including REDRESS, Human Rights Watch, Amnesty International, The Sentry, and the African Centre for Justice and Peace Studies (ACJPS), Darfur Bar Association, and the Strategic Initiative for Women in the Horn of Africa (SIHA) – urge the government to follow through on recent commitments to deepen its cooperation with the ICC by transferring the three individuals currently in Sudanese custody to The Hague.

Other signatories to the letter include representatives of the Krinding IDP camp in West Darfur, several Sudanese newspapers, including Darfur24 and Al-Hadatha, and regional organisations which advocate for effective criminal justice mechanisms, including the Southern African Litigation Centre (SALC), which initiated legal proceedings in South Africa following Omar al-Bashir’s visit to South Africa in 2015 (on the basis of South Africa’s duty to arrest and surrender him to the ICC).

“Victims in Sudan have waited more than two decades for some measure of accountability. Transferring former president Omar al-Bashir, Ahmed Haroun, and Abdel Raheem Muhammed Hussein to the International Criminal Court will send a powerful signal about the transitional government’s meaningful commitment to putting an end to impunity for serious crimes in Sudan.” — Rupert Skilbeck, director of REDRESS.

Sudan’s transitional government has taken several historic steps in recent months to cooperate with the ICC, including by facilitating the ICC Prosecutor’s first visit to Darfur in connection with the ongoing case for alleged war crimes and crimes against humanity committed by Ali Kushayb. Further, on 3 August 2021, the Council of Ministers announced that Sudan intends to ratify the Rome Statute of the ICC; and on 13 August 2021, ICC Prosecutor Karim Khan announced the opening of an office in Sudan in the coming months.

The Sovereign Council must now take action to translate the transitional government’s commitment to cooperating with the ICC into action by making the necessary arrangements to transfer al-Bashir and others to The Hague without further delay.

Find the full letter in English and Arabic here.

Sudanese president Omar Al-Bashir was removed from office in April 2019 after months of protests in Sudan, ending decades of autocratic rule characterized by gross human rights abuses. Al-Bashir was subsequently convicted of corruption and sentenced to two years of detention in Sudan. Al-Bashir has also been charged by Sudanese prosecutors with the crimes of murder and undermining the constitutional regime, including for his role in planning and implementing the 1989 coup which brought him to power.

Prosecution of al-Bashir before the ICC does not prevent Sudanese authorities from trying him for these offences under Sudanese national law, because the underlying facts and alleged crimes are different. Since coming to power in 1989, al-Bashir presided over serious human rights violations, including: extrajudicial killings, enforced disappearances, torture, and arbitrary detentions, all conducted by security forces; substantial infringements upon the rights of peaceful assembly and freedom of association; restrictions on religious liberty and political participation; widespread violence against women and children; and human trafficking.

In addition, the al-Bashir regime oversaw a campaign of violence against civilians in conflict areas, including South Sudan, Darfur, South Kordofan, and Blue Nile. In Darfur, an estimated 400,000 people were killed, countless women and girls were systematically raped and subjected to other forms of sexual and gender-based violence, and around 3 million people were forcibly displaced from their homes.

In light of these violations, al-Bashir was charged by the ICC with genocide, war crimes, and crimes against humanity. The ICC issued its first arrest warrant for al-Bashir on 4 March 2009, and a second arrest warrant on 12 July 2010.

Ali Kushayb was transferred to the ICC’s custody on 9 June 2020, after voluntarily surrendering himself in the Central African Republic. Kushayb was the subject of an ICC arrest warrant issued on 27 April 2007 and is charged with 31 counts of crimes carried out in Darfur, including murder as a crime against humanity and war crime, rape as a crime against humanity and war crimes, and forcible transfer of a population as a crime against humanity. Sudan’s transitional government and the ICC signed a Memorandum of Understanding regarding cooperation in this case on 15 February 2021. Following the confirmation of charges hearing on 24 May 2021, on 9 July 2021, the ICC Pre-Trial Chamber II confirmed all charges brought by the Prosecutor.