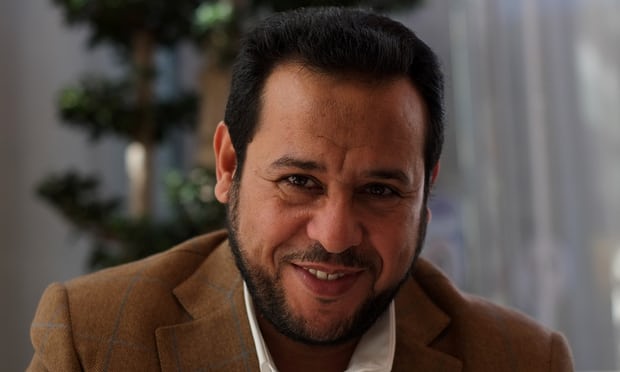 Amnesty International, the International Commission of Jurists (ICJ), JUSTICE and REDRESS have welcomed the powerful judgment issued by the Court of Appeal this morning in the case of Abdul-Hakim Belhaj and Other v. Jack Straw & Others.

The Court affirms the right of Mr Belhaj – an opposition commander during the Libyan armed conflict of 2011 and now leader of the Libyan Al-Watan Party – and Ms Bouchar, his wife, to pursue a claim in the domestic courts against the UK officials allegedly involved in their abduction from China through Malaysia and Thailand and their transfer to Libya. The claimants allege that they were subjected to torture during their transport and while detained in Libya.

The Court stresses the failure to allow UK courts to consider the complaint would unacceptably result in a denial of a legal remedy for very grave allegations of human rights violations. The Court dismisses the view that the risk of displeasing other States could outweigh the imperative of providing access to justice to victims.

The UK Government had argued that state immunity (a principle of international law by which a state can be protected from being sued in the courts of other states) and the “act of state” doctrine (a claim should not call into question activities of a foreign state) precluded British courts from hearing the case.

The Court of Appeal disagrees, holding the UK argument on state immunity to lack “any foundation in law” [para. 49]. Today, the Court finds that state immunity does not prevent claims being brought against UK officials in UK courts, simply because their actions are said to be connected to the acts of foreign states.

The Court concludes that the “act of state” doctrine cannot bar the claim, because of the grave violations of human rights alleged by Mr Belhaj and the universal international condemnation of torture [paras. 114 – 121]. The Court emphasises that this claim concerns the accountability of UK officials and agencies, and unless the English courts exercise jurisdiction, these very grave allegations would escape judicial investigation [para. 119].

Carla Ferstman, Director of REDRESS said: “Until now, these very grave allegations have never been scrutinised by a court. Mr Belhaj and Ms Bouchar have a right to know what happened to them and if the UK Government or its officials played a part in their kidnapping and illegal transfer to Libya, where they were subsequently imprisoned and tortured. Their case will undoubtedly contribute to the public record of the time, helping to shed light on actions taken in the shadows of the war on terror.”

Amnesty International, ICJ, JUSTICE and REDRESS intervened jointly in this case. We welcome the decision of the Court of Appeal which now enables the very serious contention that UK authorities and officials were directly implicated in the “extraordinary rendition” of the claimants to be properly assessed by courts in the UK.

John Dalhuisen, Director of AI’s Europe and Central Asia Programme, said: “The Court of Appeal has rightly concluded that there is a role for UK courts in regard of these allegations. It has set the stage for real accountability in the UK, which has been a long time in coming. Other states implicated in the CIA rendition and secret detention programmes – e.g. Poland, Lithuania, Romania – must also commit to conducting effective investigations that reveal the whole truth about Europe’s complicity in these appalling crimes, hold perpetrators accountable, and give victims access to justice.”

Were the High Court decision to stand, it could act as an absolute bar on litigation against the UK Government and its officials in cases where foreign agents are involved, precluding accountability for  breaches of human rights. This would fatally undermine both the UK’s domestic law commitments and the international law obligations of states to ensure accountability for torture and access to effective remedies and reparation for all gross human rights violations.

Andrea Coomber, Director of JUSTICE, said: “The Government’s case would fundamentally undercut the international rule of law and undermine the global commitment to remedies for victims of human rights violations. The ‘they did it too’ defence traditionally hasn’t worked in the playground. Yet, the UK Government would – in expanding the ‘act of state’ doctrine and the scope of state immunity – seek to enshrine it in common law. We welcome the decision of the Court of Appeal. States cannot be encouraged to supplement the international law of state immunity with their own pick and mix patchwork of domestic rules on justiciability.”

Ian Seiderman, Legal and Policy Director of the ICJ said: “Today’s judgment sends a clear message to States that have assisted in rendition operations involving crimes under international law, including torture and enforced disappearance, that they will not evade accountability indefinitely. The right to an effective remedy for victims of these crimes cannot be abridged, even if adjudicating the remedy risks offending the foreign powers who were the partners in the abuses.”

1. In December 2013, the High Court struck out the civil lawsuit brought by the claimants, holding that the act of state doctrine precluded the court from hearing the case. The judgment [2013] EWHC 4111 (QB) can be accessed here:

3. The NGOs were given permission to intervene at the Court of Appeal and were represented pro-bono by Martin Chamberlain QC and Zahra Al-Rikabi of Brick Court Chambers in their intervention. The UN Special Rapporteur on Torture and the Chair- Rapporteur of the UN Working Group on Arbitrary Detention were also granted permission to intervene. A full copy of the NGO Interveners written submissions is available here:

5. It is unclear whether the UK government intends to appeal the decision to the Supreme Court, and – if so – whether it will be given permission to do so.

6. Beginning in 2001, the United States activities in a rendition and secret detention program have been subject to widespread investigation and criticism by commentators and international institutions. The complicity of a number of European States has been affirmed in judgments of the European Court of Human Rights and in reports of the European Union and the Council of Europe.

Amnesty International is a worldwide movement of people working for respect and protection of internationally – recognised human rights principles. It has over 2.8 million members and supporters in more than 150 countries and territories and is independent of any government, political ideology, economic interest or religion.

JUSTICE is an all-party law reform and human rights organisation working to strengthen the justice system – administrative, civil and criminal – in the United Kingdom. Its vision is of fair, accessible and efficient legal processes, in which the individual’s rights are protected, and which reflect the country’s international reputation for upholding and promoting the rule of law.

International Commission of Jurists is a non-governmental organization working to advance understanding and respect for the rule of law and the protection of human rights throughout the world. Its work includes the promotion of the adoption and implementation of international human rights standards and other legal rules and principles that advance the rule of law.