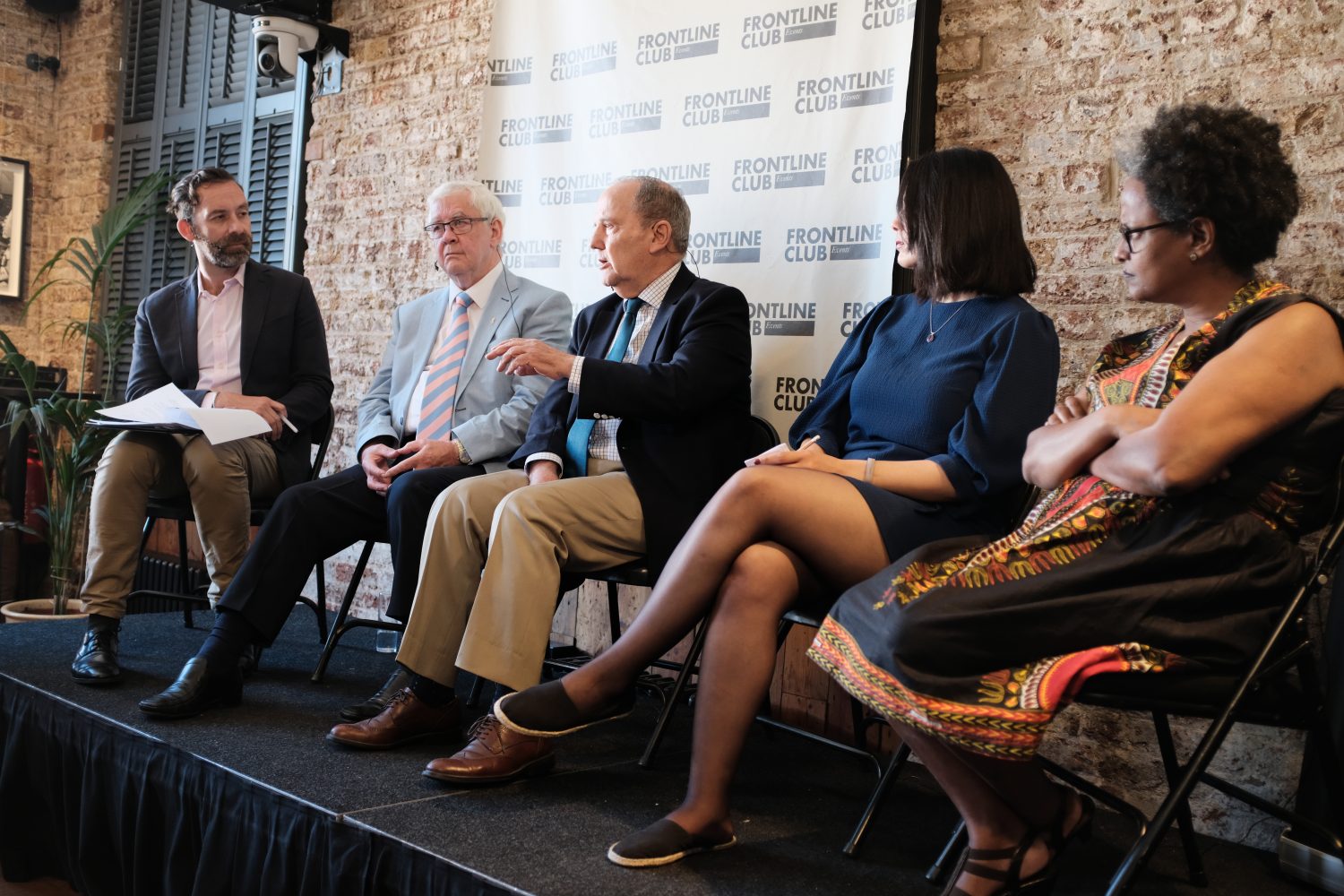 On 11 July 2018, REDRESS convened a high-profile panel discussion with survivors and human rights experts at the Frontline Club in London.

A recording of the discussion Breaking the Legacy of Torture: from Northern Ireland to the Age of Trump is now available on our YouTube channel here.

The discussion took place against the backdrop of a visit to the United Kingdom by US President Donald Trump, who has openly endorsed torture, and the release of two parliamentary reports, which found British intelligence agencies to be complicit in hundreds of incidents of torture and rendition.

The panellists discussed the long-term effects of torture, its damaging repercussions on the rule of law and the importance of holding perpetrators to account to break the legacy of torture.

Speaking at the event were: