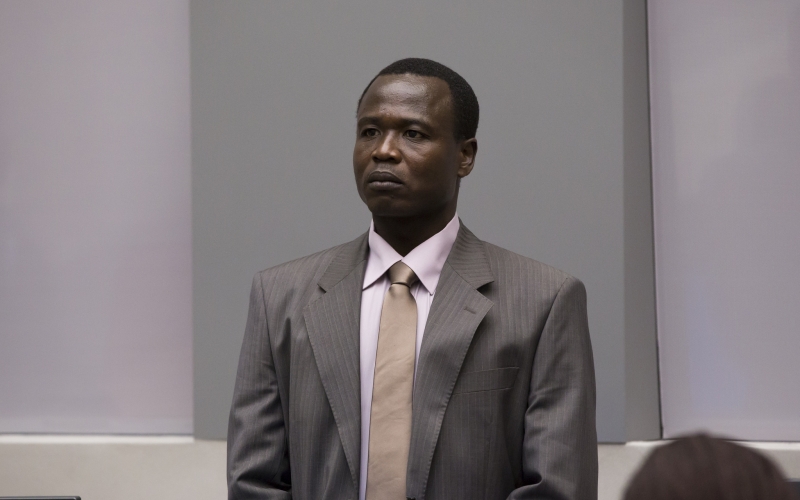 Dominic Ongwen: Ugandan Victims Must Be at the Centre of Reparations Proceedings

A coalition of 10 Ugandan and international organisations, has requested the International Criminal Court (ICC) to put Ugandan victims at the centre of the ongoing reparations proceedings in the case of Dominic Ongwen by way of a third-party intervention (also called “amicus”).

Last year, the ICC found Dominic Ongwen, a former commander of the Lord Resistance Army, guilty of war crimes and crimes against humanity, including sexual and gender-based violence ranging from rape to sexual slavery, enslavement and forced pregnancy. Most of the abducted women and girls who suffered these crimes came back to their communities with children born while in captivity and who lack identity documents. Many other victims were internally displaced or left the country as refugees after the conflict.

Over 4,000 victims participated in the trial, and many more are expected to participate in the reparation phase, making the Ongwen case the largest and potentially most complex case considered by the ICC so far in reparation proceedings.

Even though Uganda adopted a National Transitional Justice Policy in 2019 to ensure justice, accountability and reparations for victims of the Ugandan conflict, victims have largely received no reparations so far, despite their ongoing suffering.

In the submission, the organisations request the ICC to consider the importance of delivering prompt and effective reparations to victims, noting the procedural delays and inconsistent approaches that have characterised prior reparations proceedings and hamper victims’ right to redress.

The organisations request the ICC to consider how its own reparation orders could be replicated or complemented by national efforts in Uganda. This approach could enable reparations to reach a broader group of victims of the Ugandan conflict, beyond those included in the Ongwen case.

The submission also highlights the need to adopt a victim-centred methodology for the design, identification and implementation of reparations. Measures need to be implemented to enable victims to participate effectively, including by making available adequate legal representation, psychosocial support, information about services, care provisions for children, and transportation allowances to victims.

Additionally, the organisations request the ICC to adopt an approach that facilitates the identification of victims, considering the obstacles and difficulties they face as a result of the crimes suffered. For example, the ICC should apply a presumption that children born from the victims of sexual violence in the Ongwen case was convicted are to be considered direct victims for the purpose of reparations. The Court should also consider the specific harms caused to them, such as the harm to their right to identity, and the intergenerational harm they suffered. Many of the children born in captivity lack identity documents and as a result, they are non-existing in law in Uganda, which prevents them from accessing education, health and other social services, as well as job opportunities.

Finally, given the difficulties that displaced victims face, they may not all be able to apply to participate in reparation proceedings. Thus, the organisations ask the Court to consider ordering the establishment of a mechanism that would allow the ICC Trust Fund for Victims and/or the Registry (the Court’s administrative arm) to identify additional beneficiaries of some of the reparation orders made by the Chamber in the Ongwen case.

Note to the editors:

Dominic Ongwen is a former commander of the Lord’s Resistance Army (LRA). His trial at the ICC began on 6 December 2016. He faced 61 counts of crimes against humanity and war crimes allegedly committed after 1 July 2002 in northern Uganda. On 4 February 2021, Trial Chamber IX found Ongwen guilty of 61 crimes comprising crimes against humanity and war crimes, committed in Northern Uganda between 1 July 2002 and 31 December 2005. On 6 May 2021, Trial Chamber IX sentenced him to 25 years of imprisonment. The period of his detention between 4 January 2015 and 6 May 2021 is to be deducted from the total time of imprisonment imposed on him.

On 21 July and 26 August 2021, the Defence filed its appeals against the conviction and the sentence, respectively. The Appeals Chamber will hold a hearing on 14 – 18 February 2022 to hear submissions and observations by the parties and participants on these appeals. The Chamber will then make a decision in due course. Ongwen remains in the ICC detention centre. If the sentencing judgment becomes final, the ICC Presidency shall designate a State of enforcement for the sentence.

Furthermore, a phase dedicated to the reparations to victims is ongoing. On 6 May 2021, the Chamber issued an order for submissions on reparations.