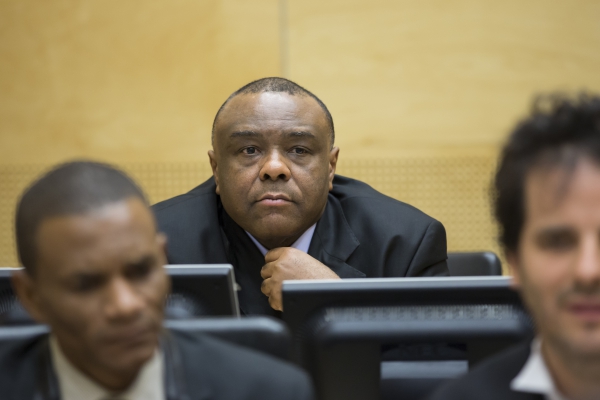 The more than 5,000 victims who participated in the trial against Jean-Pierre Bemba Gombo and the many others who continue to suffer as a result of the MLC’s crimes in the Central African Republic must not be forgotten after his acquittal today by the ICC Appeals Chamber.
Between October 2002 and March 2003, Mouvement de Libération du Congo (MLC) troops directed a widespread attack against the civilian population of the Central African Republic, committing brutal murders, rapes and pillaging.
Bemba, who as MLC President and Commander-in-Chief deployed those troops to the CAR at the request of former CAR President Patassé, was convicted of crimes against humanity and war crimes by an ICC Trial Chamber in 2016. He was the first military commander to be convicted on the basis of an alleged failure to prevent or punish the crimes of his subordinates, and also the first person ever convicted for sexual violence at the ICC.
Today, a majority of three judges of the ICC Appeals Chamber overturned Bemba’s conviction, finding that the Trial Chamber erred in concluding that Bemba failed to take all necessary and reasonable measures to prevent or repress the commission of crimes by troops under his command. In light of the errors identified, the majority concluded that Bemba could not be held responsible for crimes committed by MLC troops and entered an acquittal.
Bemba’s acquittal brings the reparations proceedings before the Trial Chamber to an abrupt end, and leaves victims with no avenue for redress before the ICC.
Rupert Skilbeck, director of REDRESS, said:

“This is a devastating outcome for the more than five thousand victims who participated in the trial and had waited 15 years to see justice done and to receive some form of redress for their suffering. The verdict does not alter the fact that thousands still live with the trauma and physical effects of the MLC’s crimes. Some victims contracted HIV after being gang-raped by MLC soldiers. Others were rejected by their families and ostracised by their communities, and many have been left to fend for themselves, without access to basic antiretroviral drugs, psychological or economic support.”

“This judgment is also a huge setback for many victims who have suffered wartime sexual violence not only in CAR but also around the world, because it was the first case at the ICC to focus on sex crimes, exposing the devastating effects that sexual violence has on victims, their families and their communities, as well as the urgent need to provide justice and reparations to these victims.”

A total of 23 witnesses from the Prosecution and Defense testified about the rape and other forms of sexual violence they had suffered during the trial. A total of 5,229 persons were granted victim status in these proceedings (not all of them victims of sexual violence) and the ICC has opened a second investigation into the renewed violence starting in 2012.
More information about REDRESS’ involvement in the case can be found here:
https://redress.org/casework/the-prosecutor-v-jean-pierre-bemba/
For further information or to arrange an interview, please contact Eva Sanchis, REDRESS’ Head of Communications, on +44 (0)20 7793 1777 or (0) 7857 110076 (out of hours) or [email protected]
Photo credit: ICC/CPI