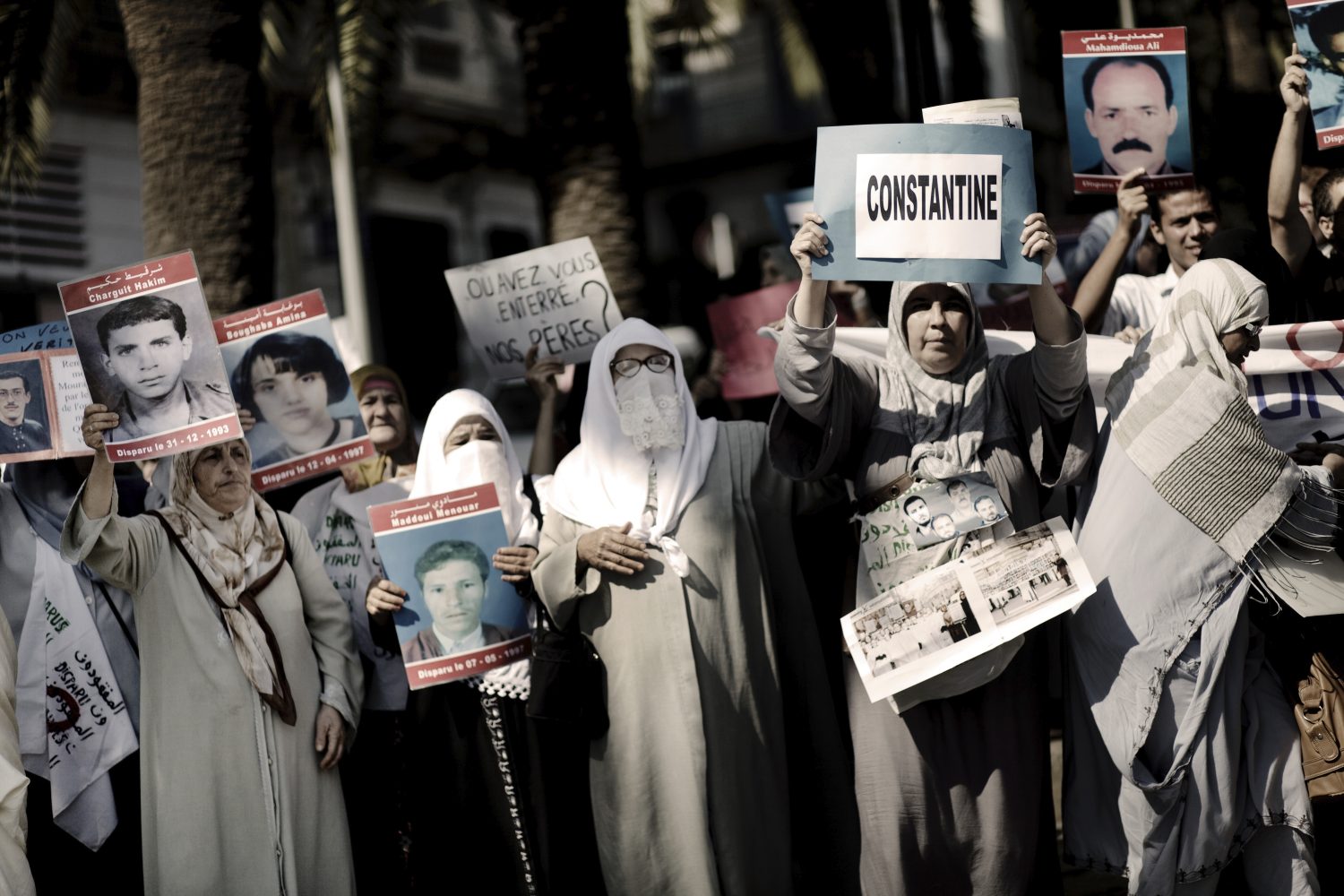 Ahead of the International Day of the Victims of Enforced Disappearances on 30 August, an NGO coalition is calling on African States to end this practice immediately, hold perpetrators to account, search for the disappeared and provide reparations to the victims and their families.

The African Centre for Justice and Peace Studies (Sudan), Lawyers for Justice in Libya, MENA Rights Group (Switzerland), Zimbabwe Lawyers for Human Rights and REDRESS (UK) have documented numerous incidents of disappearances and acts of torture in the region, aimed at suppressing peaceful dissent or those perceived to be threats.

Enforced disappearances involve the deprivation of liberty of a person against his/her will by state agents, those working with them, or others acting with the tolerance of the state, with no acknowledgement of the victim’s fate or whereabouts. Disappeared people are vulnerable to many other abuses including torture. It is a heinous crime which can leave the disappeared persons, their families and communities living in fear of what will happen to them and uncertain about the fate of their loved ones.

During nationwide protests that led to the ousting of President Omar al-Bashir in Sudan last year, security forces and government-backed paramilitaries purportedly used enforced disappearances to preserve national security. On 3 June 2019, more than a dozen protesters went missing when security forces attacked peaceful demonstrators at a sit-in in Khartoum. Over a hundred civilians were reportedly killed and hundreds more injured. Protesters were also beaten and detained, subjected to rape, and other forms of intimidation and humiliation.

In Libya, since 2011, the Libyan state and militias acting with the support or acquiescence of the state have disappeared thousands of people for their real or perceived political opinion or affiliations, tribal links, human rights activism or identity in a prevalent environment of impunity. On 17 July 2020, Libya marked one year since armed men abducted prominent lawmaker and women’s human rights defender Seham Sergiwa from her home in Benghazi. She had called for an end to a military offensive on Tripoli on television three days before her disappearance. Her fate, like so many others, remains unknown.

“Since 2011, the Libyan state and its affiliated militias have used enforced disappearance as a tool to silence dissent, in a widespread pattern that could amount to a crime against humanity,” said Mohamed Elmessiry, Lawyers for Justice in Libya’s Head of Research and Capacity Building. “The newly established Fact-Finding Mission on Libya and the International Criminal Court must investigate this crime alongside other human rights abuses and hold those responsible to account.”

In Zimbabwe, three female opposition leaders –  Joanna Mamombe, Cecilia Chimbiri and Netsai Marova –  were stopped at a police checkpoint on their way to a peaceful protest in March 2020, abducted, tortured and sexually assaulted. To date, no investigation has been conducted to identify those responsible.

Across the region, impunity remains the norm. Almost two decades after the Algerian civil war, relatives are still searching for their loved ones. More than 7,000 people disappeared during the conflict. Former President Abdelaziz Bouteflika offered a full amnesty for members of the security forces responsible for gross human rights violations. The UN Human Rights Committee has decided over 30 cases of enforced disappearances against Algeria. To this day,  the Algerian government refuses to implement the specific recommendations made by the Committee, deepening the suffering of victims and leaving them with no remedy to fulfil their rights.

“Families of missing persons in Algeria continue to face hurdles in their search for the truth. Eight months after the election of the new president, who has claimed to be committed to the protection of fundamental human rights, relatives of disappeared persons have seen their claims unaddressed, and acts of reprisals against those speaking out, have continued,” said Inès Osman, MENA Rights Group’s director.

Since the 1980s, the United Nations Working Group on Enforced or Involuntary Disappearances, an international expert body which examines individual cases, has received over 5,000 complaints from African countries. However, this number does not reflect the scope of this practice as official denial and a lack of proper records makes it nearly impossible to know the real number.

Only 17 out of 54 African countries have ratified the International Convention on the Protection of all Persons from Enforced Disappearance, the main international treaty which bans the practice. Algeria, Sudan, Libya, Zimbabwe and all other African countries that have yet to become parties to the Convention should do so, and adopt legal safeguards to prevent this crime, hold perpetrators accountable, search for the disappeared and provide reparations to victims.

“Enforced disappearances have been under the radar in Africa for many decades, and victims left forgotten. African States are obliged to prevent and investigate this crime, to bring any perpetrators to justice, search for victims who were subjected to this practice and provide their loved ones with assistance and reparations. African States can’t hide any longer under a cloak of denial,” said Eva Nudd, REDRESS’ Legal Advisor.

For more information or for an interview, please contact: