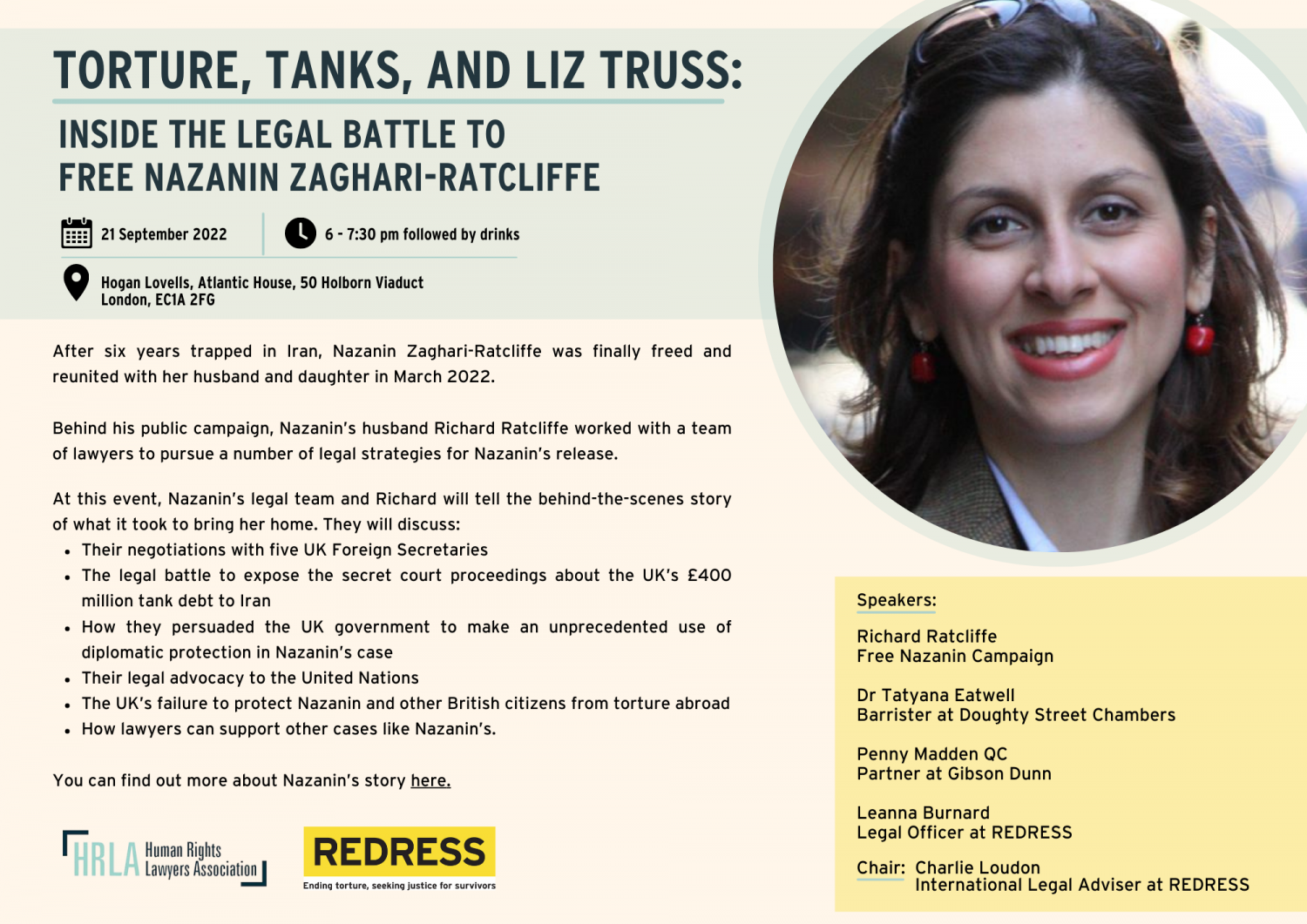 On 21 September, the Human Rights Lawyers Association (HRLA) and REDRESS held a discussion on the behind-the-scenes story of what it took to bring Nazanin Zaghari-Ratcliffe home at Hogan Lovells.

After six years trapped in Iran, Nazanin was finally freed and reunited with her husband and daughter in March 2022. Behind this public campaign, her husband Richard Ratcliffe worked with a team of lawyers to pursue several legal strategies for Nazanin’s release.

At this event, Nazanin’s legal team and Richard discussed:

Charlie Loudon, International Legal Adviser at REDRESS, chaired the event. The speakers were:

You can find out more about Nazanin’s story here.