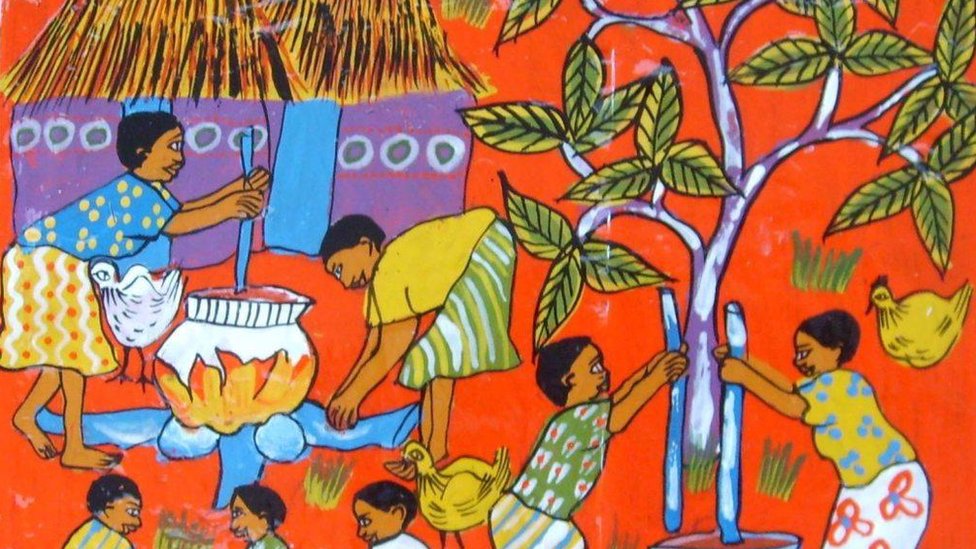 An exhibition covering the story of 40 Zimbabwean asylum seekers in the UK over a 12 year period (2001-2013) will open in London from 18 to 24 January. The “Stories of Resilience” exhibition offers a unique insight into the complex workings of the UK asylum system and its impact on the lives of those who relied on it for safety after fleeing persecution in their own country.

The exhibition is the result of more than two years of research by the Zimbabwe Association, during which time volunteers interviewed 40 asylum seekers throughout the UK, many of them torture survivors, about their struggles. Their recorded oral stories form the basis of this exhibition, which includes archived video material, photos, newspaper clippings, books with transcripts of the interviews, and some historical artifacts, such as the banner that was used in a widely publicised anti-torture bus campaign in the UK in 2003.

What is clear is how much unnecessary suffering and misery these Zimbabwean asylum seekers have endured because of a broken asylum system. A majority have lived most of their lives in the UK constrained by their immigration situation – unable to work for years, or to provide for their families back home, or to attend funerals of loved ones; one has been caught-up in the asylum process for 13 years since arriving in the UK as a minor. Destitution is a common experience for these asylum seekers, as is depression, ill health, and living in fear.

The stories in the exhibition also cover important historic moments concerning Zimbabweans in the UK, which is home to an estimated 200,000 Zimbabweans. For example, some of the asylum seekers interviewed are activists who participated in political campaigns lobbying the English Cricket Board to stop England playing in Zimbabwe in 2003, because of human rights concerns under President Mugabe’s regime.

Thankfully, the stories are also full of incidents of kindness and humanity from ordinary British people and others, faith groups and churches towards those in need. Some inspiring stories include Rosina’s, who was motivated to study law because of her treatment at Gatwick airport, or Christina’s, who is rightly proud of her qualifications in nursing, degree in health studies, master’s in teaching and her current work in supporting an orphanage in Zimbabwe.

The exhibition returns to London on 18 January 2016, after successfully touring last year Birmingham, Brighton, Leicester and London, where the exhibition was shown at the Oxford House in Bethnal Green and the Black Cultural Archives in Brixton. The oral stories will find a permanent home at the Black Cultural Archives in Brixton after a last exhibition in Manchester in April 2016. The opening reception on 18 January 2016 will take place at 6:30 pm at The Tabernacle on 35 Powis Square, off Portobello Road, Notting Hill, London W11 2AY. The closest tube station is Ladbroke Grove.

Sarah Harland, Zimbabwe Association Coordinator, said: “This exhibition lays bare the human cost of our broken asylum system. These asylum seekers were active and successful people in Zimbabwe, but many developed depression, poor health and became destitute in the UK after being forced to live in limbo for too many years. There surely must be a better way to avoid a situation where so many lives are left on hold and such precious human resources and talent are wasted.”

“We hope the exhibition reminds us of our obligations towards those seeking refuge from persecution and the importance of fighting against the erosion of core values in our society, including humanity, compassion and respect for others.”

This exhibition has been curated by the Zimbabwe Association and is supported by REDRESS, the Heritage Lottery Fund and the University of Sussex.

The Zimbabwe Association is an independent, charitable membership organization working with Zimbabweans in the UK. It has a growing network of groups around the UK providing practical and emotional support to Zimbabwean asylum seekers and refugees.

REDRESS is a London-based human rights charity that combats torture internationally by seeking justice and reparation for torture survivors.

About the Heritage Lottery Fund: Thanks to National Lottery players, we invest money to help people across the UK explore, enjoy and protect the heritage they care about – from the archaeology under our feet to the historic parks and buildings we love, from precious memories and collections to rare wildlife. For more information, please visit our website at www.hlf.org.uk or follow @heritagelottery and @HLFLondon.