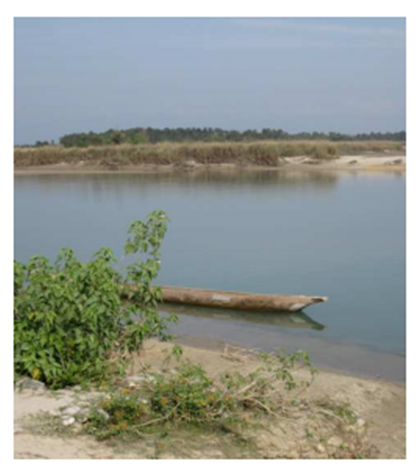 The families of eight youths from Manau, Bardiya District who were taken away by the security forces in April 2002 submitted an individual communication to the United Nations Human Rights Committee with the help of Advocacy Forum-Nepal and the REDRESS Trust. Under the Optional Protocol to the International Covenant on Civil and Political Rights to which Nepal is a party since 1991, victims can petition the Human Rights Committee, an independent body of experts, if they have exhausted all domestic remedies.

On the night of 11 April 2002, eight young persons – Dhaniram Tharu, Soniram Tharu, Radhulal Tharu, Prem Prakash Tharu, Kamala Tharu, Mohan Tharu, Lauti Tharu and Chillu Tharu – all of Tharu ethnicity, disappeared from their homes in Nauranga village, Ward No.8, Manau Village Development Committee
(VDC), Bardiya District. They were aged between 14 and 23; two among them were girls; and five of them were thoughts to be below 18 years old.

The disappearances were allegedly committed by a group of 60-70 soldiers who came to the village, with groups of two to five soldiers breaking into the targeted houses between midnight and 2am, carrying torches and weapons. In each house they asked for the disappeared person by name, sometimes even seeming to know the location of that person’s bed.

Mandira Sharma, Executive Director of Advocacy Forum-Nepal said: “These victims represent many other victims from Bardiya with whom we have been working for years. Sadly, for these victims, the rights enshrined in human rights treaties remain a dream and the mechanisms established for their enforcement inaccessible. By helping these families to bring a communication to the Human Rights Committee we are trying to increase the possibilities of the victims getting truth, justice and reparation.”

No news of the eight youths was received by the families for years despite repeated searches in all the army camps and police stations in a 50 kilometre radius and visits to the authorities. In 2006 the army informed the Neupane Committee, the ICRC and OHCHR-Nepal that seven of the young people were
killed in crossfire during an encounter with Maoists in the Manau nursery jungle, but did not provide details as to what happened to the bodies.

The families refuted the army’s allegations. They say that as the young people left their houses unarmed and under the control of a large group of soldiers they could not have engaged in an armed encounter later that same night. Furthermore, the villagers would have heard if there had been gunshots in the nursery. Finally, no information has been provided about the fate of Prem Prakash.

Advocacy Forum assisted the families of the victims to file habeas corpus petitions in the Supreme Court in 2003. All of the respondents denied detaining the eight young persons. In decisions reached between 24 August 2004 and 25 March 2005, the Supreme Court quashed all of the petitions on the grounds that
the Authors could not identify where and by whom each young person was being detained.

Having exhausted all available and effective domestic remedies as well as administrative remedies, the families of those disappeared are now submitting a communication to the United Nations Human Rights Committee.

Padam Lal Tharu, father of Radhulal Tharu said: “We have been waiting for the last 9 years to know the truth. We could get neither truth nor justice… I have some new hope now Advocacy Forum and REDRESS have assisted us to take our voices to the Committee.”

The families ask that the Committee find that the state committed violations of the International Covenant on Civil and Political rights ratified by Nepal, and, to declare in particular that the victims were arbitrarily arrested and disappeared by the State and recommend prompt, impartial and thorough
investigations into the fate of the victims and prosecute those against whom there is sufficient evidence.

“Enforced disappearances are recognised as among the worst international crimes. We hope that this petition and the eventual response of the United Nations encourages the Government of Nepal to address the devastating consequences of disappearances once and for all – the families of the disappeared deserve to know the full truth of what happened, and those responsible for the disappearances should be held accountable”, said Carla Ferstman, Director of the REDRESS Trust.

Other cases before the Committee:

This is the sixth case in which Advocacy Forum and REDRESS assisted victims from Nepal to file communications before the Human Rights Committee. In the first case submitted by Yashoda Sharma (wife of Surya Prasad Sharma, who had disappeared at the hands of the army) the Committee reached a
decision on 28 October 2008. It held that the Government of Nepal had committed numerous breaches of its obligations to both the victim and his wife. It recommended that the government promptly initiate a full investigation into the disappearance of Surya Prasad Sharma in 2002, with a view of prosecuting
those responsible. It also recommended the prompt payment of adequate reparations to his family.

However the government has only partially implemented the recommendation on adequate reparations and no investigation has been initiated. The Government is arguing that instead of conducting criminal investigations into the case, the case will be investigated by the Truth and Reconciliation Commission
and the High-Level Disappearances Commission. These mechanisms have yet to be established and their envisaged powers remain ambiguous. They do not therefore constitute the prompt investigation and prosecution required under international human rights law and recommended by the Committee in its
Views adopted in this case.

Advocacy Forum and REDRESS call upon the government of Nepal to fully comply with its obligations under the ICCPR and its additional protocol, by fully implementing the recommendations of the Human Rights Committee in the Yashoda Sharma case, and by responding promptly and in full to the other
cases currently before the Committee and the new case filed by the families of the eight young people disappeared from Manau.