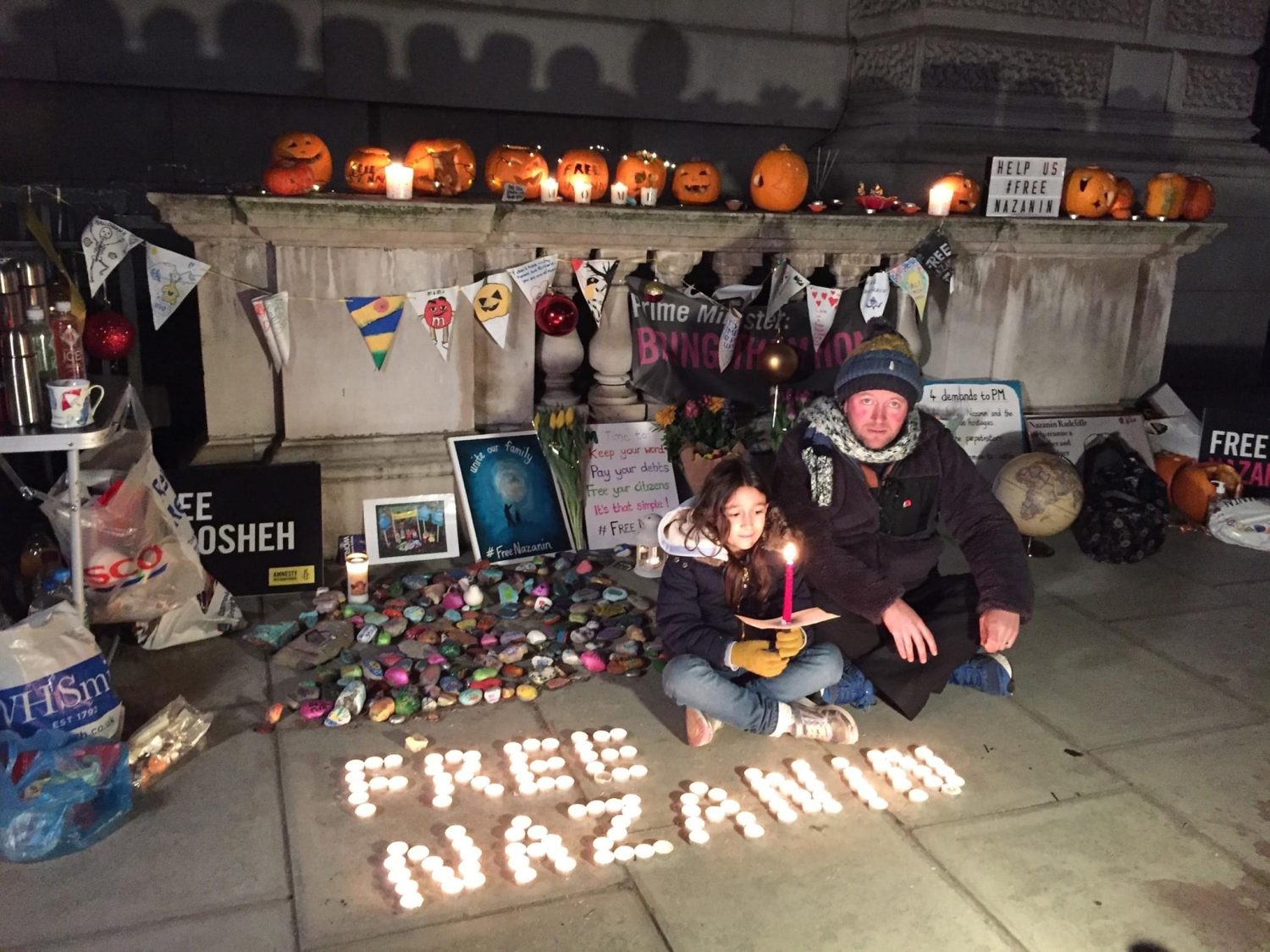 Ahead of a special session of the UN Human Rights Council on the deterioration of the human rights situation in Iran tomorrow, REDRESS and the Free Nazanin Campaign have published a report, which details for the first time the systematic pattern of human rights abuses committed through Iran’s hostage-taking practice.

The report draws in part from detailed testimonies from 26 victims of hostage-taking or their family members, who shared their experiences from their initial detention and interrogation through illegitimate legal proceedings, abuses suffered during imprisonment, false and abusive propaganda by the regime, and their use as “diplomatic assets”.

One of the cases in the report is that of Nazanin Zaghari-Ratcliffe, an Iranian-British national who was arbitrarily detained by Iran from 3 April 2016 until 16 March 2022, when she was released together with another British-Iranian hostage, Anoosheh Ashoori, following the UK’s payment of an old £400 million debt the UK owed Iran.

The report concludes that Iran’s practice of arbitrarily detaining, torturing and mistreating foreign and dual nationals for diplomatic leverage over other states amounts to ‘state hostage-taking’, both in fact and in law; and to torture and ill-treatment and the violation of other fundamental rights.

The report estimates that since 2015, there have been at least 50 cases of dual and foreign nationals being arbitrarily detained by Iran, with at least nine European nationals detained during the recent protests that were sparked by the death of 22-year-old Mahsa Amini on 16 September 2022, after she was arrested by the Iranian Guidance Patrol for wearing an “improper” hijab.

The report calls on the international community to recognise Iran’s practice of arbitrarily detaining foreign and dual nationals for diplomatic leverage as state hostage-taken and to challenge Iran’s hostage-taking practice, including through holding the state of Iran and individual perpetrators to account through the imposition of Magnitsky sanctions.

“We like to think of hostage taking as the ad hoc practice of racketeering groups. In fact, governments are now the market leaders for the hostage taking of British and US citizens. It is a much more dangerous challenge when the powers of a state are subverted to criminal acts. This report shows how Iran’s judiciary, diplomats and media are all now corroded by being subordinated to racketeering agendas, and holding the citizens of other countries for diplomatic leverage.”

“The world needs to stop sweeping Iran’s hostage diplomacy under the carpet. Not only have the Iranian authorities got away with abusing too many people, the past months have shown us where that culture of impunity takes us for the abandonment of human rights in the rest of Iran. The world is watching, and the bad guys are learning. It is time to change the conversation, starting this week at the UN.”

“Our report demonstrates that through its hostage-taking practice, Iran is blatantly and systematically violating human rights, including through torture and ill-treatment. The international community must hold Iran to account during the UN Human Rights Council Special Session this week, and through imposing Magnitsky sanctions on those responsible.”

Photo by Free Nazanin Campaign: Richard Ratcliffe, Nazanin Zaghari-Ratcliffe’s husband, with their daughter Gabriella, at the site of his hunger strike outside the Foreign Office in November 2021.