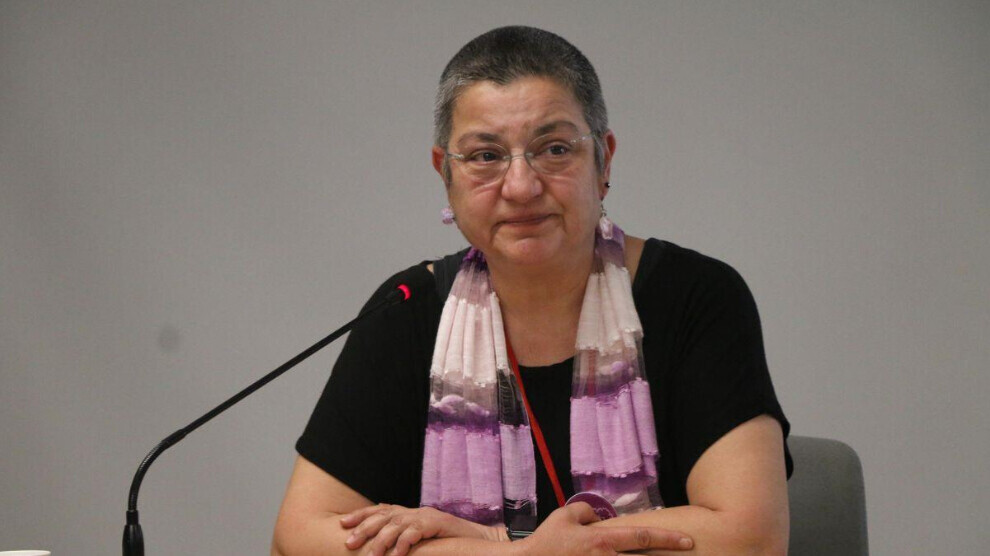 The organisations demand Dr. Fincancı’s immediate, unconditional release and that Turkish authorities cease their crackdown on human rights and freedom of expression in the country. Organisations calling for her release from the Ankara Sincan Prison, where she is currently detained, include Physicians for Human Rights (PHR), the International Rehabilitation Council for Torture Victims (IRCT), DIGNITY, and REDRESS.

Dr. Fincancı is a globally renowned forensic physician, anti-torture expert, and human rights champion. She has devoted her professional life to the investigation and documentation of torture. Preparing reports on cases of torture and writing on medical ethics in the 1990s, when torture was prevalent in Turkey, she was met with oppression and resistance by the state. During this period Dr. Fincancı co-developed the Istanbul Protocol, the UN-endorsed, global standard for the investigation and documentation of torture.

Dr. Fincancı was detained during an early morning house raid on 26 October upon orders from Ankara Chief Public Prosecutor under Turkish Criminal Code Article 7/2 of the Anti-Terror Law (propaganda for a terrorist organisation) and Article 301/2 (degrading the military or security services of the State) due to a statement she made to a news channel. The Public Prosecutor’s office also requested her dismissal as the chair of the Turkish Medical Association and the election of a new president. Today, the Ankara 3rd Criminal Judgeship of Peace ordered her arrest on bogus charges of “propaganda for a terrorist organisation.” Turkish authorities have reportedly detained Dr. Financı for calling for an independent investigation, in line with international best practices, based on suspicion of the use of chemical weapons.

“The Turkish government’s sudden and capricious arrest of one of the country’s top doctors is an assault on human rights, medicine, and freedom of expression in the country,” said Michele Heisler, MD, MPA, medical director at PHR and professor of internal medicine and public health at the University of Michigan.

“In line with internationally recognized medical professional ethics, Dr. Fincancı has consistently called for objective application of forensic methods in cases where human rights violations are alleged. She is now targeted for being a voice of science and human rights,” said Dr. Heisler.

“Authorities must immediately release her and all others wrongfully detained. Dr. Fincancı’s arrest appears to be part of a mounting crackdown on human rights in Turkey. We call on the global medical and human rights community to act in solidarity with Dr. Fincancı. Contact Turkish President Recep Tayyip Erdoğan directly to let Turkish authorities know that the world is watching. We will not sit by while a human rights and forensic medicine pioneer is wrongfully accused and abused by a repressive Turkish state,” said Dr. Heisler.

“The detention of Şebnem illustrates the intensity of the judicial harassment led by the Turkish authorities against Human Rights Defenders. With the support of iniquitous laws, Turkey’s judicial system is now cracking down on every move from representatives from civil society. Şebnem and the Turkish Medical Association have been increasingly targeted by the authorities due to their invaluable work in denouncing grave human rights violations in the country. We won’t remain silent in front of the arbitrary arrest of one of the leading voices of the medical and human rights movement in the country.”

“It is shameful that the Turkish authorities abuse the criminal justice system to detain honorable and widely respected human rights defenders like Dr Fincanci. Rather, the authorities should be happy that she engages in putting a stop to torture and improving human rights in their state.”

“As a doctor and a teacher, Şebnem is a mentor to scores of younger physicians committed to human rights. Arresting her has crippling ripple impacts across the health and human rights community.”

Dr. Fincancı was also arrested in 2016 by Turkish authorities for her human rights activism and her suggestion that war is a public health problem. PHR galvanized an international coalition in support of Dr. Fincancı that ultimately contributed  to her release.

Turkish authorities can be contacted at:

Dr. Fincancı began her anti-torture work in the 1990s, documenting cases of torture and writing about medical ethical obligations despite opposition and oppressive measures by the Turkish government. She has continually fought to ensure that the forensic medical department at Istanbul University would remain independent rather than becoming an arm of the state. In 1996, Dr. Fincancı investigated mass graves in Bosnia on behalf of the United Nations International Criminal Tribunal. She began her work with PHR in 1996 and  documented numerous cases of state sponsored torture in Turkey and elsewhere over the decades as part of this partnership. She has worked with the World Health Organization on the Sexual Violence against Women Handbook and has investigated deaths in detention in Bahrain, Israel and the Philippines while elaborating medico-legal evaluations for torture survivors in several countries. She was the head of Istanbul University’s forensic medical department until she was forced from the position because of her support for human rights and academic freedom. She is one of the founders of the Turkish Penal Code Association. Dr. Fincancı serves on PHR’s Advisory Council and received the 2017 Physicians for Human Rights award.