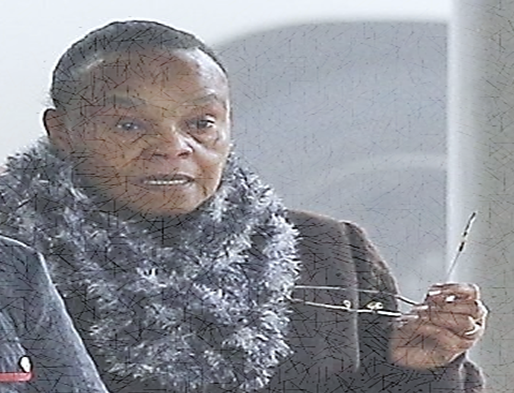 Today, a Dutch court found Yvonne Basebya (Ntacyobatabara) guilty of instigation to commit genocide in the run up to and during the 1994 genocide in Rwanda. Basebya’s conviction confirms that perpetrators of the worst crimes can be held accountable irrespective of where and when they are found, said REDRESS and Survivors Fund, two organisations working closely with Rwandan survivors to end impunity for genocide suspects living abroad.

Basebya was accused of having and using an influential position in the Gikondo sector of Kigali to incite hatred and violence among the militias, mostly formed by youths, who committed crimes including murder and rape against Tutsis. A Rwandan who became a Dutch national in 2004, Basebya is the country’s first citizen since the Second World War to be convicted of offences related to genocide. She has been living in the Netherlands since 1998 and was arrested in June 2010.

“Although she did not kill people with her own hands, by inciting others to kill Tutsis, the Court found that she bears responsibility for the killings. Her conviction for instigation of genocide is an important affirmation of the different levels of responsibility for egregious crimes, such as genocide,” said Juergen Schurr, Legal Advisor at REDRESS.

In both cases, victims were able to participate during the proceedings and make their voices heard, describing, in statements to the judges, the impact these crimes had upon them and their lives. A number of countries have previously prosecuted perpetrators of international crimes under the principle of universal jurisdiction, but the Netherlands is one of a very few countries where some victims have been able to participate beyond their role as witnesses.

“We applaud these efforts to encourage victims’ participation in such proceedings, as it recognises the need that many victims have to play an active part in a case that concerns them, and not only as witnesses,” said Albert Gasake, Legal Advocacy Coordinator of Survivors Fund (SURF).

“Involving victims in these proceedings can also help them to reestablish their dignity and individual agency, both of which are crucial to helping them move beyond what they have suffered,” added Gasake.

The Dutch court sentenced Basebya to six years and eight months in prison. During the hearing, the Court expressed its regret that it was limited by law in imposing a sentence which the Court did not believe was commensurate with the gravity of the crime. Although under current sentencing rules related to international crimes such as genocide, Basebya  could have served up to 30 years in prison for incitement to genocide, these rules do not apply to crimes committed between 1992 and 1994. Basebya was acquitted of five other charges related to co-perpetration of genocide, attempted genocide, conspiracy to commit genocide and war crimes.

About REDRESS: REDRESS was founded by a British torture survivor in 1992. Since then, it has consistently fought for the rights of torture survivors and their families in the UK and abroad. It takes legal challenges on behalf of survivors, works to ensure that torturers are punished and that survivors and their families obtain remedies for their suffering. REDRESS cooperates with civil society groups around the world to eradicate the practice of torture once and for all and to ensure that survivors can move forward with their lives in dignity. It has intervened in a range of leading torture cases.

More information on our work is available on our website.

About SURF: Survivors Fund (SURF) is the principal international organisation representing and supporting survivors of the genocide. Since 1997 it has delivered support for survivors including housing and healthcare, education and employment, and is now focusing on restorative justice.