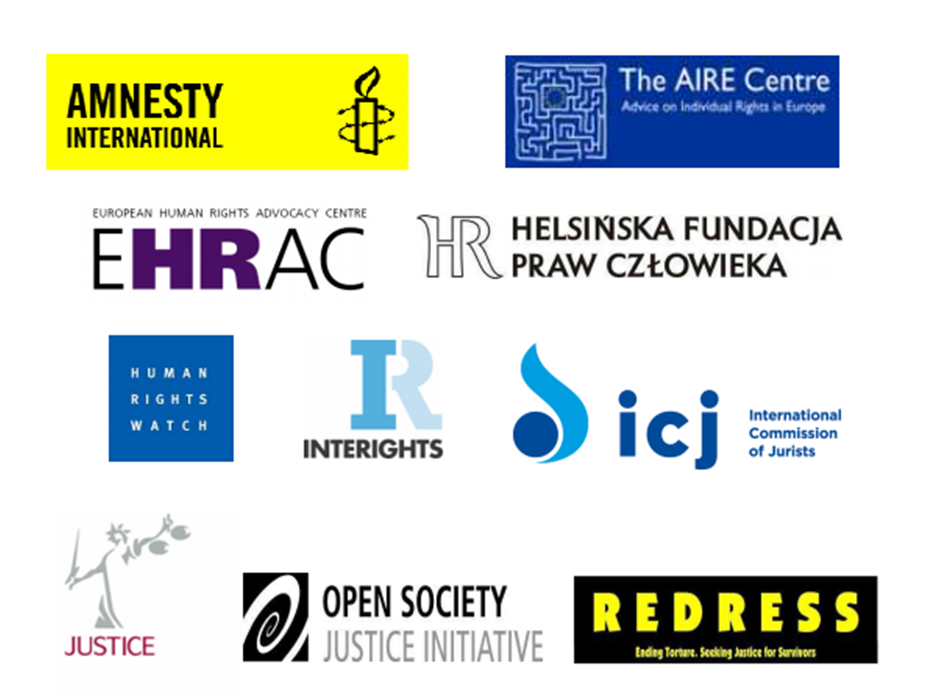 On the occasion of the opening of Protocol 15 to the European Convention on Human Rights for signature by the Council of Europe member states. Amnesty International, the AIRE Centre, the European Human Rights Advocacy Centre, the Helsinki Foundation for Human Rights, Human Rights Watch, Interights, the International Commission of Jurists, JUSTICE, Open Society Justice Initiative and REDRESS stress that the amendments to the Convention foreseen by this Protocol must not be allowed to result in a weakening of the Convention system and human rights protection in Europe.

The organisations recall the principle that the Convention must be interpreted in accordance with its object and purpose, taking into account the nature of the Convention as a treaty for the effective protection of human rights.[1] Recourse may be had to the travaux préparatoires to confirm or clarify ambiguities in the ordinary meaning of provisions of the treaty. [2]

A.- Amendment to the Preamble to the Convention: the Court alone defines whether and to what extent states are granted a margin of appreciation

During the Brighton negotiations, the organisations strongly opposed proposals aimed at amending the Convention to incorporate jurisprudentially developed principles of judicial interpretation, such as the Court’s doctrine of the margin of appreciation. We welcomed the consensus eventually adopted at the Brighton Conference that any amendment to the substantive provisions of the Convention referring to such principles was to be rejected.

However, we expressed concern over the decision taken at the Conference to include a reference to these principles in the Preamble to the Convention, as well as to single out the doctrine of the margin of appreciation and the principle of subsidiarity without reference to other and equally significant principles of interpretation developed and applied by the Court. [3]

While we consider that article 1 of Protocol 15, introducing a new paragraph in the Preamble to the Convention, would have benefited from a more accurate drafting, [4] we welcome the fact that this provision recalls the supervisory jurisdiction of the Court and thus recognises that the Court remains the sole institution empowered to define, develop and apply tools of judicial interpretation such as the margin of appreciation doctrine. [5]

A similar understanding can be drawn from the Court’s and PACE’s Opinions on Protocol 15. [7] In regard to the latter, it is moreover worthwhile noting that the Preamble to Protocol 15 explicitly refers to the PACE’s Opinion.

These elements of the travaux préparatoires of Protocol 15 unequivocally confirm that the new Preamble to the Convention will have to be understood in connection with the Court’s long-standing practice in applying its doctrine of the margin of appreciation. In this regard, it shall be borne in mind that while according to the Court’s jurisprudence state parties have a certain, albeit variable, margin of appreciation with regard to the application of some Convention rights, the same jurisprudence unequivocally confirms that the doctrine of the margin of appreciation does not apply at all in respect of some Convention rights or aspects of rights.

The Court, when defining the scope of the member states’ margin of appreciation when applying a certain Convention right or aspects of a right, will in some instances consider that such margin is wide and in other cases is narrow. With regard to its existence, the Court has always accepted that the doctrine of the margin of appreciation does not apply at all in respect of some rights, such as freedom from torture and other ill-treatment, or aspects of rights. The new paragraph to the Convention’s Preamble must be read in line with this well-established case law.

B.- Amendment to the time limit for applying to the Court: applicants’ effective access to a remedy must not be undermined

We regret that states have decided in favour of a reduction of the six-month time limit for applying to the Court, a proposal which has been adopted without adequate time for reflection on its potential impact on applicants, on the substantive quality of applications and on the Court’s effectiveness.

The time period for applying to the Court is crucial in many jurisdictions, in particular where there is a failure or a prolonged delay in notifying applicants of final domestic decisions. A reduction of this time period may have particularly detrimental effect in such cases. Moreover, sufficient time for preparing an application to the Court, including finding proper legal advice and assistance, must be given to potential applicants.

Reducing the time limit available to victims to lodge a complaint from six to four months greatly risks the exclusion of individuals who live in geographically remote areas, those without access to communications technology such as the internet, those with complicated cases or lawyers who are not adequately experienced in preparing or lodging claims before the Court, and those with limited access to sufficiently qualified lawyers.

Any adverse impact of this amendment on the applicant’s ability to apply to the Court should be minimised as much as possible, including through the use of judicial discretion in cases where injustice would result, or where the right to individual petition would be disproportionately restricted or undermined.

C.-  Amendment to the “significant disadvantage” admissibility criterion: no denial of justice must be allowed to occur

We regret the decision to amend an admissibility criterion contained in the Convention by removing the second safeguard contained in it.8 The principal value of this safeguard clause was to avoid a denial of justice, a fundamental principle of the rule of law. It indeed sought to ensure that the case is duly examined by at least one judicial body. However minor a case is deemed to be, it remains essential that no denial of justice shall be allowed to occur.

The Parliamentary Assembly of the Council of Europe (PACE), Draft Protocol 15 amending the Convention for the Protection of Human Rights and Fundamental Freedoms, Opinion No. 283(2013), adopted on 26 April 2013, available at  paragraph 2.1.

Remaining safeguard contained in this so-called “significant disadvantage” admissibility criterion will provide a useful tool in this regard.

D.- Amendment to the procedure on relinquishment of cases to the Grand Chamber: a useful tool to strengthen the Convention system

We welcome the amendment to the Convention foreseen by article 3 of Protocol 15, removing the ability of one of the parties to object when a Chamber seeks to relinquish jurisdiction to the Grand Chamber. This amendment will provide greater opportunity for the Grand Chamber to ensure that the Convention is interpreted and implemented across the Council of Europe region in a consistent manner, thus strengthening human rights protection in Europe.

4] See Amnesty International, the AIRE Centre, the European Human Rights Advocacy Centre, the Helsinki Foundation for Human Rights, Human Rights Watch, Interights, the International Commission of Jurists, JUSTICE, Open Society Justice Initiative and REDRESS, Draft Protocol 15 to the European Convention on Human Rights: a reference to the doctrine of the margin of appreciation in the Preamble to the Convention. Open letter to all member states of the Council of Europe, 15 April 2013, available at http://www.amnesty.org/en/library/info/IOR61/006/2013/en

6] “A new recital has been added at the end of the Preamble of the Convention containing a reference to the principle of subsidiarity and the doctrine of the margin of appreciation. It is intended to enhance the transparency and accessibility of these characteristics of the Convention system and to be consistent with the doctrine of the margin of appreciation as developed by the Court in its case law”, Protocol No.15 amending the Convention for the Protection of Human Rights and Fundamental Freedoms – Explanatory report, CM(2012)166 add, paragraph 7.

8] Article 35(3)(b) ECHR reads: “3. The Court shall declare inadmissible any individual application submitted under Article 34 if it considers that: […] (b) the applicant has not suffered a significant disadvantage, unless respect for human rights as defined in the Convention and the Protocols thereto requires an examination of the application on the merits and provided that no case may be rejected on this ground which has not been duly considered by a domestic tribunal”. Protocol 15 foresees the deletion of the safeguard highlighted in italics.