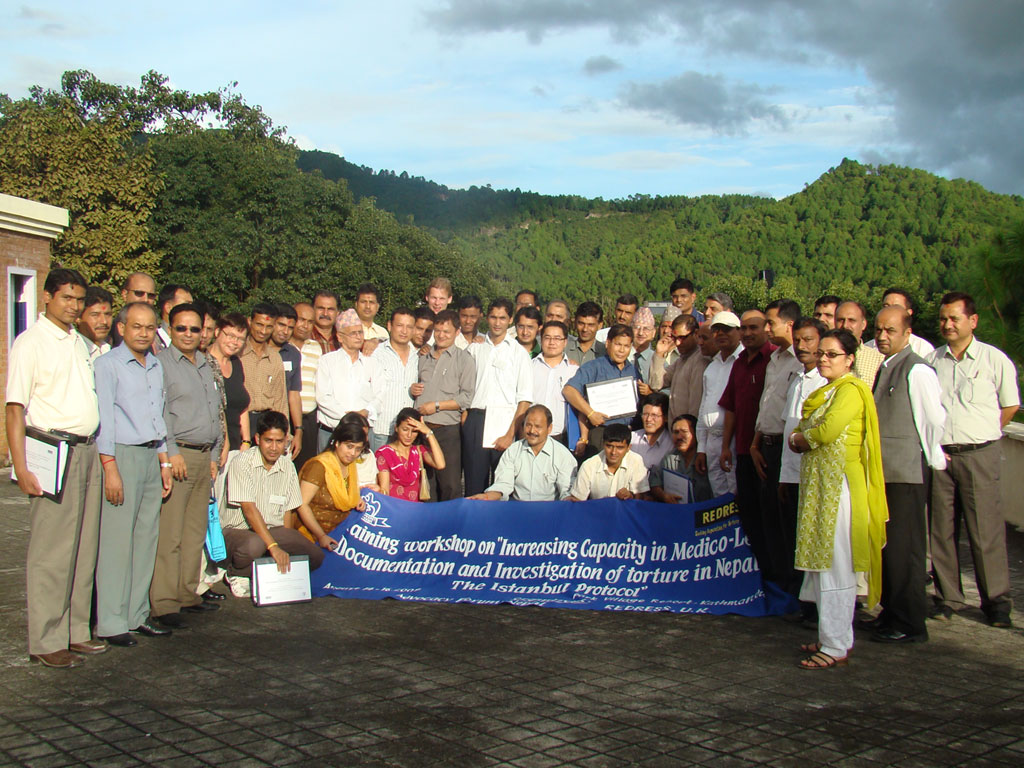 Advocacy Forum and REDRESS today called on Nepalese legislators to tackle impunity for serious human rights abuses head-on by reforming the laws that allow it to continue.

At a conference kicking-off ten days of events to mark worldwide Human Rights Day on 10 December, the organisations launched a key report on impunity. The report, titled ‘HELD TO ACCOUNT: MAKING THE LAW WORK TO FIGHT IMPUNITY IN NEPAL’, examines how laws are used and abused to shield perpetrators from justice and to deny victims’ rights.

It looks closely at laws governing the military and police, the use of force and arbitrary arrest by state agents, the system of investigations and prosecutions, remedies available to victims and immunities and amnesties available to block accountability.

The report concludes that a number of key reforms are needed to strengthen the position of victims of human rights violations and to allow Nepal to uphold its international human rights obligations.

“As things stand, Nepal is in grave breach of its international human rights obligations to hold perpetrators accountable and provide prompt and effective justice to victims of serious international crimes – including torture, rape, extrajudicial executions and disappearances –both during the conflict and since,” said Sarah Fulton, International Legal Officer at REDRESS, and a co-author of the report.

“Recent developments, including the attempted pardon by the Cabinet of a Maoist Constituent Assembly member convicted of murder during the conflict period show that there is a danger of Nepal slipping even further into this pattern of abuse of power and denial of victims’ rights,” she added.

“As the country makes progress towards a new Constitution, this is a key moment for legislators to reaffirm a commitment to the rule of law,” Fulton explained. “By implementing a number of relatively straightforward reforms to the laws themselves, they can show that they are serious about making that commitment a reality.”

Mandira Sharma, Chairperson of Advocacy Forum, said: “The pre-condition for democracy and development is rule of law. This means accepting no one is above the law in both principle and practice. Changing those laws that allow the powerful to escape justice is a critical step in this equation.”

The report makes a number of key recommendations to the Government of Nepal, including:

 Enacting legislation to prohibit those in power from authorising amnesties and pardons for serious crimes.
 Setting up a specialised unit of investigators and prosecutors to deal with any reported crime amounting to a serious human rights violation by a state agent, a violation of international humanitarian law, or where a conflict of interest exists.
 Reviewing and reforming antiquated legislation granting state agents wide powers to use lethal force and allowing arbitrary arrest and detention.
 Enacting long-overdue provisions to criminalise torture and enforced disappearance.
 Amending laws to require military and police to cooperate with investigations of civilian authorities and implementation of court decisions.
 Enacting comprehensive and consistent provisions allowing all victims of human rights violations to claim reparations in the courts.

To read the full report `HELD TO ACCOUNT: MAKING THE LAW WORK TO FIGHT IMPUNITY IN NEPAL’ please visit.

Five years ago a peace agreement brought to an end a decade of violent conflict in Nepal which saw thousands arbitrarily detained and arrested, forcibly disappeared, extrajudicially killed, raped and tortured. Since then, not one person has been properly brought to justice for the crimes committed, and successive governments have granted amnesties to many of those responsible for abuses – both during the conflict and since. Impunity for serious human rights abuses remains the norm.

Advocacy Forum is a leading non-profit, non-governmental organization working to promote the rule of law and uphold international human rights standards in Nepal. Since its establishment in 2001, AF has been at the forefront of human rights advocacy and actively confronting the deeply entrenched culture of impunity in Nepal.

REDRESS is an international human rights organisation based in the United Kingdom with a mandate to assist survivors of torture and related international crimes to achieve justice and reparation. REDRESS fulfils its mandate through a variety of means, including casework, law reform, research and advocacy.

Advocacy Forum and REDRESS have been working together for a number of years on promoting law reform, supporting domestic casework, and bringing individual cases before international human rights bodies to combat impunity.