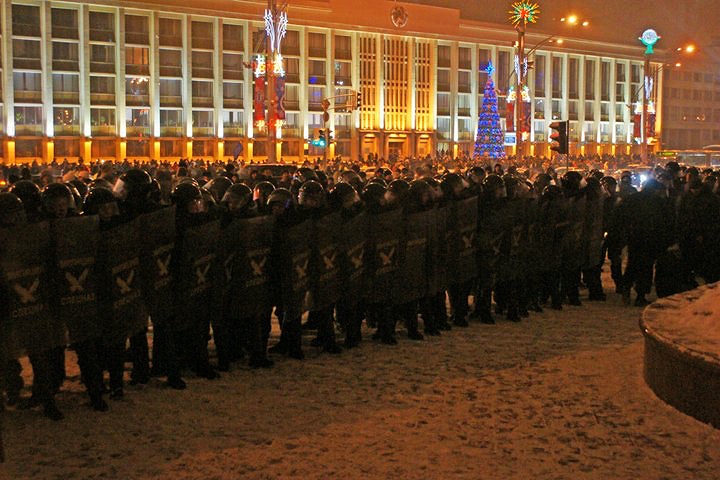 As serious and unprecedented human rights violations are continuing in a culture of impunity in Belarus, there is an urgent need to ensure that evidence and documentation are collected and preserved in a secure and appropriate manner in accordance with international standards.

In a joint declaration 19 states expressed their full support for the establishment of the International Accountability Platform for Belarus (IAPB), which has been launched today as a follow-up on the recommendations in the report by rapporteur Professor Benedek under the OSCE’s Moscow Mechanism.

The IAPB will support the ongoing Belarusian efforts in collecting, consolidating, verifying and preserving information, documentation and evidence of serious human rights violations of international human rights law committed in the run-up to the 2020 presidential election in Belarus and in its aftermath.

The IAPB is a joint venture between Belarusian and international NGOs, which have a track record in documentation and criminal investigation of torture and other human rights violations. The IAPB will be led by DIGNITY – Danish Institute against Torture and co-lead by REDRESS, Belarusian Human Rights Center Viasna and International Committee for Investigation of Torture in Belarus.

“We are honored by the strong state support to our civil society-based initiative to collect, systematize, and store evidence of gross human rights violations in Belarus. The platform will build on the strong and continuous work by courageous Belarusian human rights organizations. This will be a most important initiative in promoting justice and ending impunity in Belarus.”

Rasmus Grue Christensen added: “The initiative will hopefully also pave the way for similar statesupported NGO platforms in other human rights emergencies, where swift and systematic documentation of human rights violations is needed.”

The OSCE Moscow Mechanism rapporteur Wolfgang Benedek, a professor of international law at the University of Graz, was appointed rapporteur by the 17 OSCE participating States that invoked the OSCE’s Moscow Mechanism in September 2020 following the presidential election in Belarus and widespread claims of a subsequent deterioration in the human rights situation there.

Benedek presented his report to the OSCE Permanent Council on 5 November 2020, which contained overwhelming documentation of serious and unprecedented violations of international human rights law committed by the Belarusian authorities before, during and after the presidential election on 9 August 2020. The report, which includes numerous recommendations, is available here.