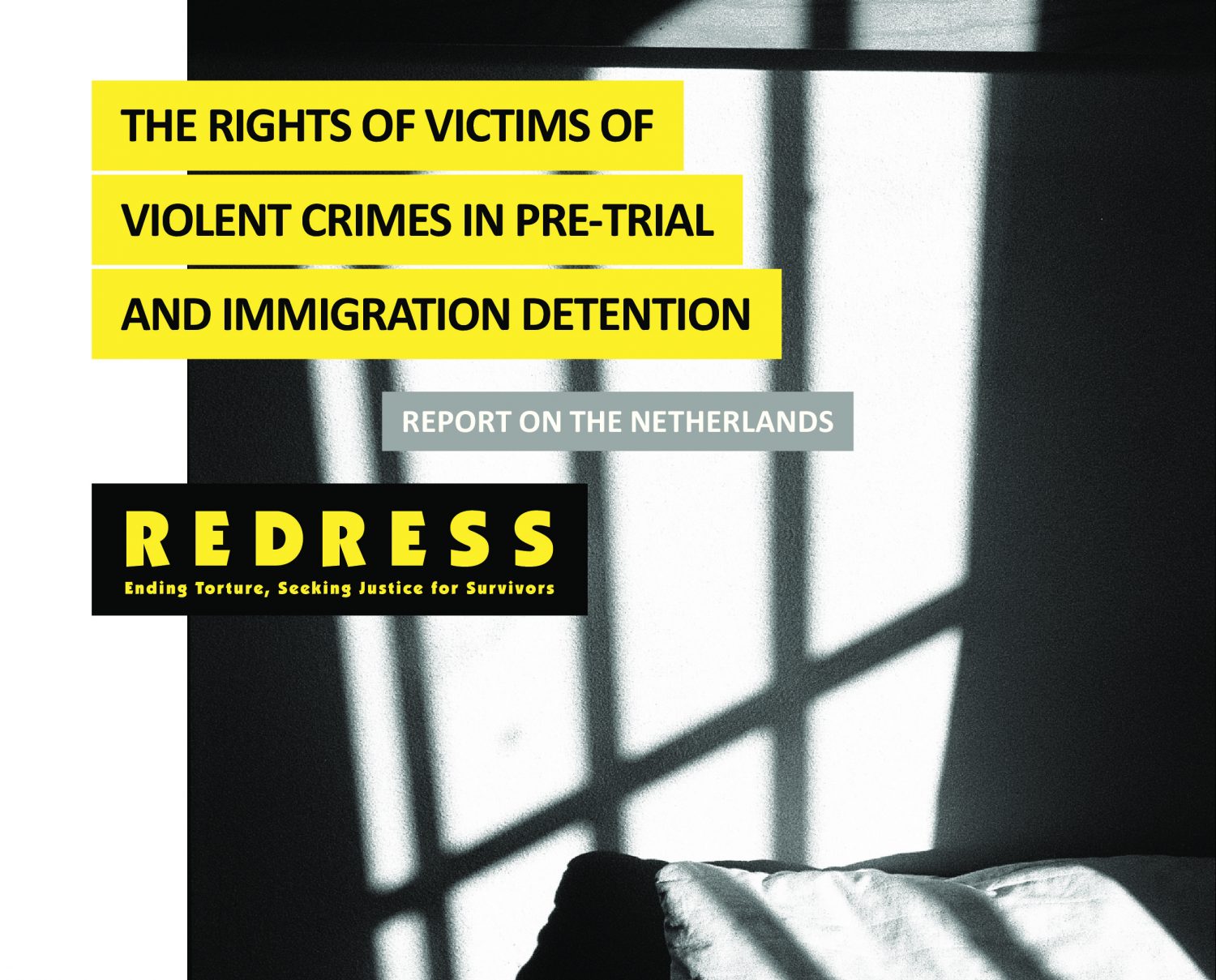 A new REDRESS report explores the effectiveness of the current legal system in the Netherlands in ensuring the rights of victims of violence in pre-trial and immigration detention.

The Netherlands have adopted a strong framework on victims’ rights within its domestic criminal system: victims have to be informed of their rights in criminal proceedings at an early stage, including their right to participate in proceedings and to obtain legal representation, and to seek compensation. Yet the way in which these rights are implemented for victim detainees is inadequate, our new report finds.

Over a period of six months, REDRESS interviewed key stakeholders in relation to pre-trial and immigration detention, including ministry authorities, National Preventative Mechanism representatives, NGOs, lawyers, prosecutors and former detainees. They were interviewed on how victims of violence in pre-trial and immigration detention access their rights as victims in practice in the Netherlands, both through the complaint mechanism specific to detained persons, and through the regular penal system. REDRESS also extensively reviewed reports by NGOs, academics and the NPM, legal texts, and decisions in the Netherlands, and the reports of international and regional anti-torture bodies.

Moreover, the report finds that the remedies that are available to victim detainees, whether in the regular criminal system, complaint mechanisms specific to detention centres, or disciplinary claims against detention staff, do not adequately protect the rights of victims detainees. For example, the report finds that complaint mechanism specific to detention centres are insufficient to address allegations of ill-treatment by staff, and there is concern over the lack of transparency in disciplinary procedures. The report shows that there is a tendency to relocate detention staff against whom there exist serious complaints from detainees rather than initiate their investigation and eventual prosecution.

Finally, the report highlights that the National Preventative Mechanism is not currently in a position to operate in the most effective way, due to a lack of cooperation between supervisory bodies. International and regional anti-torture bodies, as well as other NGOS, have also criticised the absence of a clear mandate as well as its lack of independence.

The report is part of a wider European Union-funded project, Victims of Violent Crimes in Detention. The project is aimed at improving access to justice for victims of violent crimes suffered in pre-trial and immigration detention detention by ensuring full compliance with relevant EU directives. The project covers six European Union countries (the Netherlands, Belgium, Croatia, Hungary, Italy and Sweden).

The project is conducted in partnership with Fair Trials Europe, the Centre for Peace Studies, the Hungarian Helsinki Committee, Antigone, and Civil Rights Defenders.