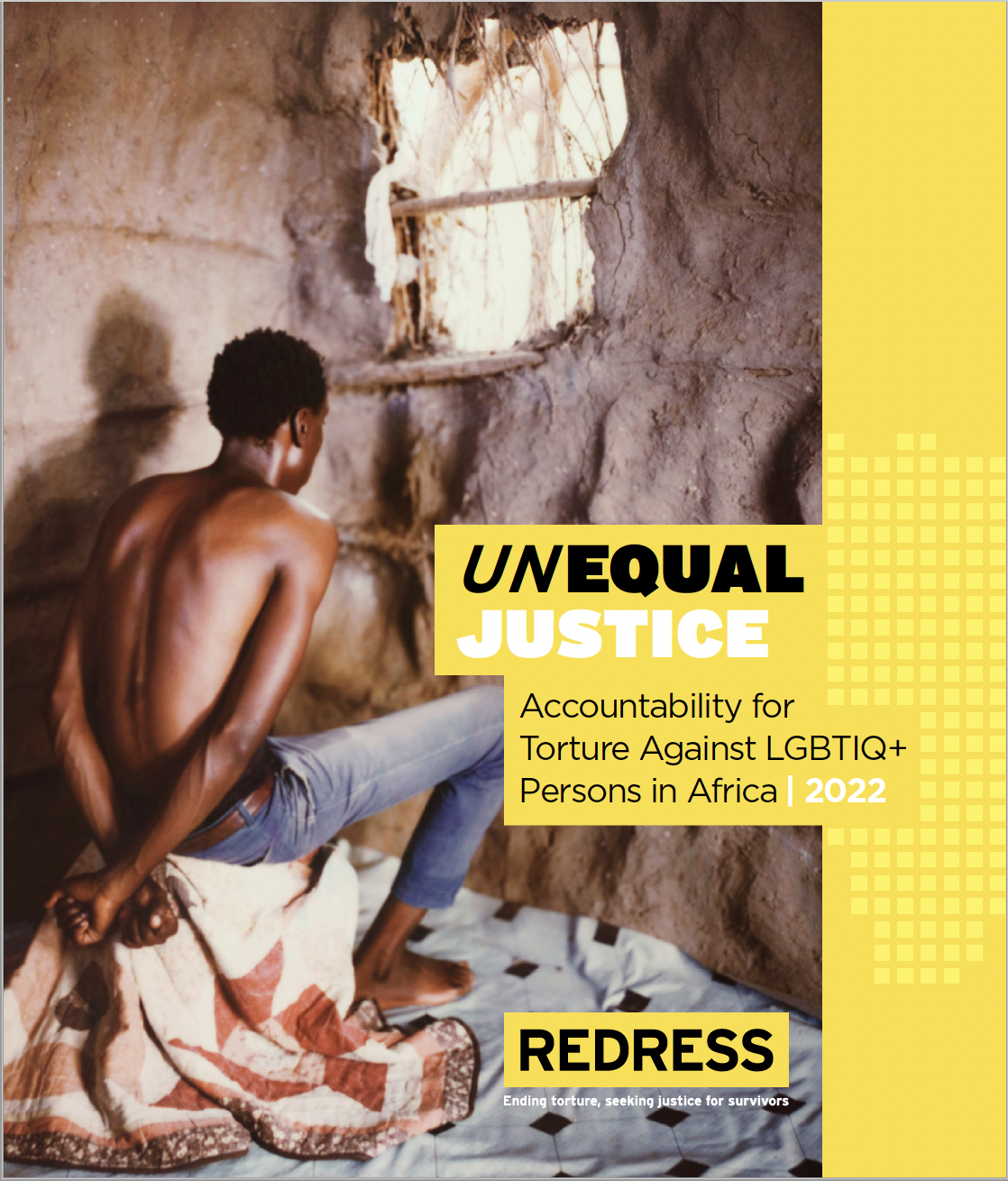 Read the report summary in English, French and Portuguese

A new REDRESS report, UNEQUAL JUSTICE: Accountability for Torture Against LGBTIQ+ Persons in Africa, sheds light on the violence and torture suffered by LGBTIQ+ people in Africa and the challenges that victims face to secure accountability for these crimes.

The report examines the situation in 11 countries in Africa – Algeria, Angola, Botswana, the Democratic Republic of the Congo, Ghana, Kenya, Malawi, Morocco, Mozambique, Uganda, and South Africa – but the findings of the research are equally applicable to other contexts in Africa.

While discriminatory violence can and often does amount to torture or other ill-treatment, the report finds that States often fail to confront/treat it as such. Many States in Africa afford little to no legal protection to LGBTIQ+ persons, whilst others criminalise same-sex conduct and fail to recognise the full spectrum of sexual orientations and gender identities. In recent years, there has also been a resurgence in legislation which targets, rather than protects, LGBTIQ+ persons. This has resulted in an increase in violence against LGBTI+ persons, while impunity remains the norm.

The report, which has a foreword by the UN Independent Expert on sexual orientation and gender identity, Víctor Madrigal-Borloz, outlines specific proposals to States, African human rights bodies, and civil society to improve the current situation, including:

For queries on the report, please contact [email protected]

REDRESS would like to thank our partners Allen & Overy LLP for their support during the drafting and editing process, and Access Chapter 2 in South Africa, the Centre for the Development of People in Malawi, the National Gay & Lesbian Human Rights Commission in Kenya and Sexual Minorities Uganda in Uganda, and all other experts involved, for their assistance in developing the report.