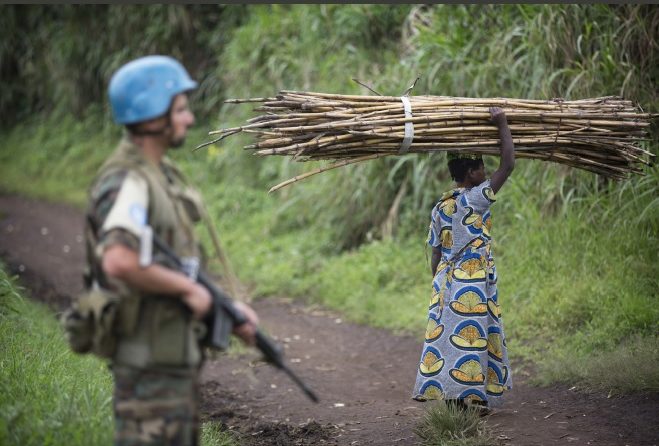 Report on UN response to sexual exploitation and abuse by peacekeepers

The report is published ahead of a High-Level Meeting convened by the UN Secretary-General on combating sexual exploitation and abuse in peacekeeping operations that will take place on 18 September 2017 at the UN headquarters in New York.

The High-Level Meeting takes place after the UN Secretary General announced in February a “new approach” to tackling sexual exploitation and abuse, and following his recent August 2017 announcement that a first Victims’ Rights Advocate for the UN had been appointed, to take forward what the Secretary-General has referred to as a policy of “putting the rights and dignity of victims first”. [1]

There have been persistent allegations of sexual abuse in recent years in countries including the Central African Republic, Democratic Republic of the Congo and Haiti. There are no precise figures of the number of persons who have been subjected to sexual exploitation and abuse, though over 2,000 allegations have been recorded over a 13-year period (2004-2016).

The REDRESS report analyses the steps that have been taken by specialist bodies, organs and agencies of the UN as well as other international organisations engaged in peacekeeping like the African Union to address victims’ rights and needs. The report also assesses the steps taken by troop-contributing countries, host states, civil society groups, lawyers and victims themselves.

The report concludes that the solutions have been limited and grossly inadequate to date. Some of the shortcomings identified in the report include:

The report also documents serious deficiencies in the way allegations are followed up. For example, REDRESS has had sight of a photograph in which a young female victim in Central African Republic was interrogated in a room filled only with men, including men from the troop-contributing country.

Dr Carla Ferstman, Director of REDRESS and author of the report, said:

“It is important that all victims can seek and obtain support and assistance, and reparation for the harm suffered. This is not simply a moral obligation on the UN and others setting up and running peacekeeping operations, these are legal responsibilities,”

“Our report is not intended to be an exercise in shaming particular authorities or institutions for their past failings but instead is a call to action. We do recognise that steps are being taken in some areas, but much more needs to be done for victims.”

For more information or to request an interview, please contact Eva Sanchis, REDRESS Head of Communications, on +44 (0)20 7793 1777 or [email protected]

The report was written in collaboration with the International Human Rights Law Clinic at the University of California’s School of Law, Berkeley. Dr Ferstman has written extensively about this issue, including in a 2013 report published by the US Institute of Peace, Criminalising Sexual Exploitation and Abuse by Peacekeepers, and her most recent book, International Organizations and the Fight for Accountability: The Remedies and Reparations Gap.