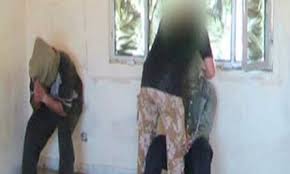 “True freedom requires the rule of law and justice, and a judicial system in which the rights of some are not secured by the denial of rights to others.” – Jonathan Sacks

The Baha Mousa Inquiry report in September 2011 concluded that British soldiers inflicted “violent and cowardly” assaults on Iraqi civilians, and that Mousa died after suffering “gratuitous violence”. In 2017, a civil claim brought by Alseran in the High Court in London was concluded in his favour, with the judge commenting that soldiers “showed extreme contempt towards the victims”. [2]

Fortunately, in both these cases, there was a form of accountability for the torture which was inflicted on these Iraqi civilians. Otherwise these abuses committed by British soldiers may never have been exposed.

But the British government is now seeking to bring in a law which could make accountability much more difficult, if not impossible, in any future cases.

Most British service personnel find these abuses as abhorrent as everyone else. Most want such abuses eradicated. This heightens the need to expose these practices where they do occur, whether it is as the result of a ‘few bad apples’ (as is often suggested) or as the result of routine practices (as the judge in the Alseran case concluded was the situation in Iraq in 2003).

The new law being proposed, the Overseas Operations (Service Personnel and Veterans) Bill, would create a statutory presumption against prosecution, which stipulates that once five years have elapsed from the date of an incident, it is to be exceptional (requiring the consent of the Attorney General) for a prosecutor to prosecute a service person or veteran for an offence committed during an overseas operation.

It is worth remembering that:

High quality investigations undertaken promptly after the events in question are likely to obviate the need for the kind of presumptions proposed by this Bill. Rather than incentivizing delay in undertaking investigations into allegations against armed forces personnel, prompt investigations would ensure that meritorious cases proceed promptly, whilst others are closed expeditiously. This would ensure that uncertainty and delays are avoided for both soldiers and victims alike.

Moreover, the Bill risks undermining the UK’s influence on human rights in the global context, and would be incompatible with the decisions of a whole range of international legal tribunals. As far as we are aware, no other State has introduced such ‘presumptions against prosecution’ save in transitional justice situations or as part of post-conflict peace agreements. Even in these situations, amnesties are not permissible in relation to international crimes, including torture.

The right to reparation is a well-established and basic human right and is firmly embodied in human rights treaties to which the UK is signatory, including the UNCAT (Article 14), and the International Covenant on Civil and Political Rights (Article 9(5)).

Based on the contents of the UNCAT, the UN Committee against Torture has stated that “States parties shall ensure that all victims of torture or ill-treatment, regardless of when the violation occurred or whether it was carried out by or with the acquiescence of a former regime, are able to access their rights to remedy and to obtain redress.”4 [emphasis added]

The UK courts have shown themselves perfectly able to balance the key issues involved, including that of delay in the commencement of the litigation, using the existing legislation. In some cases, all the factors having been taken into account, the cases have been allowed to proceed, in others, they have not.

Often there are good reasons – beyond the control of genuine victims – which may prevent someone from bringing a civil claim against the MOD within the six year time period proposed, for example, where a conflict is ongoing. Where British armed forces have occupied an area (as was the case in Iraq), people may fear bringing a claim and might only contemplate doing so once the UK armed forces have left. Or a victim’s mental health issues might be so severe as to make it impossible or impractical to do so more promptly. The Bill does not appear to take into account the psychological impact on the victims of abuse in their ability to bring the claim within a limited time period.

Fundamentally, the Bill’s blanket limitation is unnecessary and does not take into account the rights of victims to justice, truth and reparations.

The Bill risks creating impunity for serious offences including torture, and thus will result in the UK being in breach of its international treaty obligations. Genuine victims of human rights violations committed by British armed forces abroad may lose their ability to obtain justice.

The Bill makes the mistake of assuming that all victims are fake, and that British soldiers are always in the right. That is not borne out by history.

Further analysis of the Bill can be found in REDRESS’s response to the Government Consultation and Briefing Note on the Bill.