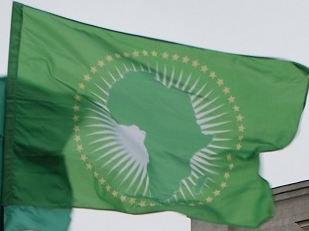 The new General Comment on the Right to Redress for Victims of Torture and Cruel, Inhuman or Degrading Punishment or Treatment, which was adopted on 27 February 2017 by the African Commission on Human and People’s Rights, was formally launched today at the opening of its 60th Ordinary Session, which will be hold until 22 May 2017.

The African Commission is the institution responsible for the promotion and protection of human rights in Africa.

“For too long, victims of torture and ill-treatment in Africa have been denied their rights,” said PARI.

“This landmark instrument for the protection of victims in Africa reiterates the African Commission’s commitment to put victims of human rights violations such as torture at the centre of its work. It makes clear that there can be no excuse for a denial of redress to victims of torture, including justice and reparation.”

The General Comment offers clarification to African Member States on their obligations towards victims of torture and ill-treatment under Article 5 (right to be free from torture and ill-treatment) of the African Charter on Human and Peoples’ Rights. The African Union’s existing human rights instruments do not comprehensively clarify how the right to redress must be implemented. This has often impeded African States from providing an effective remedy and full reparation to victims of torture and other ill treatment. The General Comment identifies concrete and practical steps States need to take to provide redress to victims of torture and ill treatment in specific contexts, including during conflict and post-conflict situations, in cases of gender-based violence amounting to torture or other ill-treatment, in situations resulting in collective harm, and where perpetrators are non-State actors.

The General Comment also sets out the African Commission’s understanding and interpretation of the right to redress, based on its jurisprudence, regional and international instruments and in light of specific African realities and contexts such as the legacies of colonial experiences, apartheid and violent oppression.

Recognising that significant challenges exist that prevent victims across the continent from accessing redress, the General Comment emphasises that States must ensure that victims are at the centre of the redress process. In providing redress, States must aim at addressing root causes for torture and ensure healing for victims.

The Draft General Comment was developed by the African Commission’s Committee for the Prevention of Torture in Africa (CPTA) and included various consultative meetings across Africa as well as written submissions. PARI was founded in 2013 to advocate for the rights of victims of torture and ill-treatment in Africa. Since then, it has called on the African Commission to strengthen victims’ right to redress and has supported the CPTA in the development of the General Comment.

The African Commission on Human and Peoples’ Rights (ACHPR), is the African Union institution responsible for ensuring the promotion and protection of human and people’s rights throughout the African continent.

The African Charter on Human and Peoples’ Rights is the main regional instrument providing for the promotion and protection of human rights and basic freedoms in Africa.

The General Comment on the Right to Redress for Victims of Torture and Cruel, Inhuman or Degrading Punishment or Treatment was adopted on 27 February 2017 and formally launched on 8 May 2017. The General Comment was developed by the African Commissions Committee for the Prevention of Torture in Africa after almost two years of consultations with experts on torture prevention and prohibition (particularly in the area of victims’ right to redress), academics, medical and legal practitioners, states and civil society organisations working with victims of torture in the continent.

This process included two drafting retreats – the first one on 1-3 February 2016 in Cape Town, South Africa and the second one on 15-17 August 2016 in Nairobi, Kenya – and a technical meeting on 6-7 July 2015 in Accra, Ghana. The draft was uploaded to the African Commission website in March 2015 and was open for comments until 30 June 2016.The Commission received 25 submissions from various stakeholders which were considered during the drafting process.