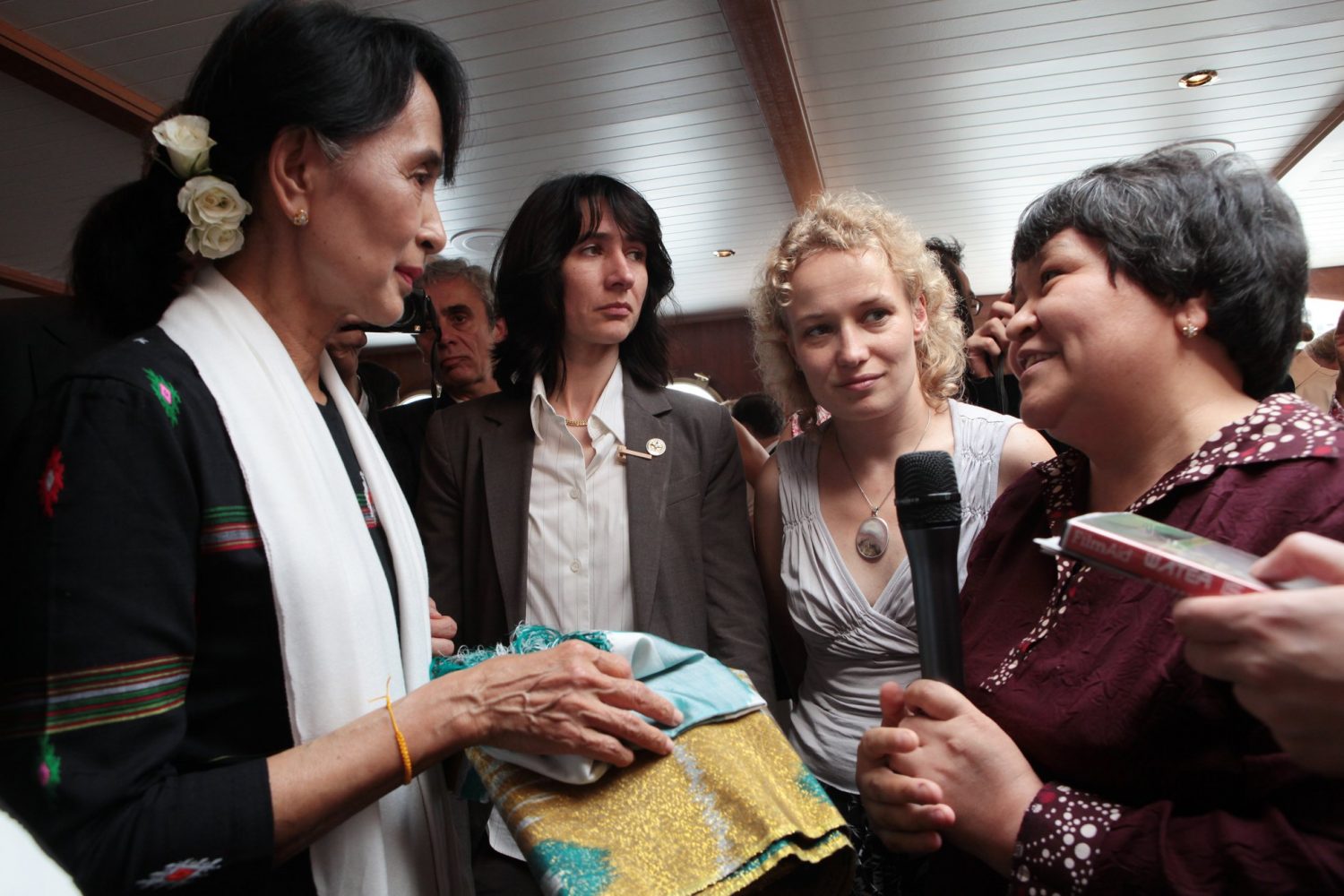 One of the main UN bodies that monitor States’ compliance with their human rights obligations has found the Uzbek Government responsible for the torture and ill-treatment of Mutabar Tadjibayeva, a well-known human rights defender.

Ms Tadjibayevawas incarcerated for her human rights activities in 2005-2008 and has been living in exile in Paris since 2009.

“I hope this decision adds to the struggle against impunity in Uzbekistan and serves to put an end to the many indignities committed against human rights defenders by its repressive regime,” said MsTadjibayeva.”I call for the urgent creation of a State Commission of enquiry to examine the grave position and ill-treatment of political prisoners in Uzbekistan. They should be immediately released. I am just one of the many victims of torture in Uzbek prisons.”

In 2012, Ms Tadjibayeva filed a complaint before the UN Human Rights Committee (UNHRC) with the support of human rights organisations REDRESS in London and FIDH in Paris. In her complaint, the human rights defender described how she had been the victim of a campaign of severe harassment, abuse, and torture at the hands of the Uzbek authorities from 2002 until 2009, when she went into exile in France.

Ms Tadjibayeva suffered egregious abuses in retaliation for her human rights activities including being gang-raped by police officers on one occasion and having her uterus removed without her consent whilst serving an eight-year prison sentence.

Carla Ferstman, Director of REDRESS, said: “The abuses suffered were severe and discriminatory, causing lasting harm to Ms Tadjibayeva. They also form part of a pattern of intimidation of human rights defenders which must be redressed.”

Karim Lahidji, FIDH President, added:”Uzbekistan needs to bring those responsible for these violations to justice and remedy the suffering caused to her by the years of torture and extreme forms of gender-based violence.”

In its decision, the UNHRC found that Ms Tadjibayeva had presented compelling evidence that showed that she was singled out for harassment, abuse and torture both as a human rights activist and as a woman, noting that:

“the involuntary sterilization together with the rape committed against the author, show the specific aggression against her as a woman.”

The Committee found multiple violations of Tadjibayeva’s rights under the International Covenant on Civil and Political Rights (to which Uzbekistan acceded in 1995) including her right to be free from torture and ill-treatment; to liberty and security; to a fair trial; to freedom of expression; and to be protected against discrimination on the grounds of sex and opinion.

The Committee indicated that Uzbekistan had failed to investigate the serious allegations of torture and should do so promptly as well as initiating criminal proceedings against those responsible.

In addition, Uzbekistan should provide Ms Tadjibayeva with appropriate compensation as well as publish the Committee’s findings, with translations in the official language, and widely disseminate them. Uzbekistan has 180 days to inform the Committee about any measures taken.

The organisations were notified of the UNHRC’s decision on 6 October 2015. You can read more about the case here:

Mutabar Tadjibayeva has repeatedly sought an investigation from Uzbek authorities into the serious human rights violations that she suffered since 2002, but her claims have never been properly investigated and no-one has ever been prosecuted for them. Ms Tadjibayeva had asked the Committee to order Uzbekistan to conduct an effective investigation, punish those found responsible and provide her with reparation, including compensation, as well as her full medical records about the surgery that left her infertile.

The Uzbek government has a well-documented record of serious human rights violations, including systematic torture and ill-treatment of human rights defenders and political prisoners. There have also been reports by rights organisations of a government campaign to forcibly sterilise women in Uzbekistan.

Ms Tadjibayeva had been denouncing human rights violations in eastern Uzbekistan for several years and had forcibly condemned the shooting and killing of hundreds of unarmed civilians by government forces in the city of Andijan in May 2005. She also founded and headed the human rights organisation Fiery Hearts Club in eastern Uzbekistan. It now runs from Paris, where she has been living as a refugee since 2009.

In 2005, five months after the Andijan massacre, she was arrested by masked and armed security forces who rushed into her home as she was preparing to travel to Ireland for a human rights conference. She was charged on 18 counts of criminal activity, including tax fraud and membership of an illegal organisation –her own human rights group.

In 2006, she was sentenced to eight years in prison following a trial that violated fair standards. She was denied the right to prepare a proper defence or cross-examine key prosecution witnesses. Her conviction was upheld on appeal.

While in prison, she was forced to undergo an operation to remove her uterus. Up to this day, she has not been able to see her full medical records or know the reason for her operation. During her two years and eight months in prison, she also suffered other forms of torture and ill-treatment, including being beaten, hung from a hook, forced to stand naked in the cold until she fell unconscious, and being placed in solitary confinement and a psychiatricward with dangerous criminals.

Ms Tadjibayeva also endured torture and ill-treatment in the years prior to her imprisonment. In April 2005, she was kidnapped by several law enforcement officials and taken to the Department of Internal Affairs, where was interrogated about her human rights activities, beaten and gang-raped.

In 2005, Tadjibayeva was nominated for the Nobel Peace Prize and in 2008 she received the Martin Ennals Award for Human Rights Defenders while the Fiery Hearts Club she founded was awarded the Medaille de la République Française de la Liberté, Egalité, Fraternité. She was freed in June 2008, after intensive efforts by diplomats and human rights organisations.

FIDH is an international human rights NGO federating 178 organisations from close to 120 countries. Since 1922, FIDH has been defending all civil, political, economic, social and cultural rights as set out in the Universal Declaration for Human Rights. FIDH’s headquarters are in Paris and the organisation has offices in Abidjan, Bamako, Bangkok, Brussels, Conakry, Geneva, The Hague, New York, Pretoria and Tunis.