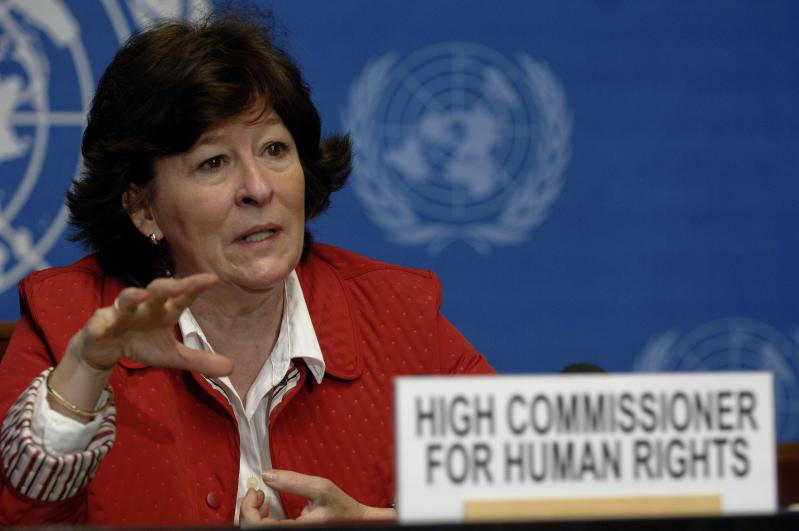 Mme Arbour has had an illustrious career devoted to promoting the principles of justice and universal human rights. She was the Chief Prosecutor for the International Criminal Tribunals for the Former Yugoslavia and Rwanda, from 1996 to 1999. After three years as Prosecutor, she resigned to take up an appointment at the Supreme Court of Canada, from 1999 to 2004. She then served as the UN Human Rights Commissioner for Human Rights from 2004 to 2008. Since 2009, she has been the President and CEO of the International Crisis Group, an NGO committed to preventing and resolving deadly conflict.

A Canadian national, Mme Arbour began an academic career in 1974 at Osgoode Hall Law School of York University in Toronto. In December 1987, she was appointed to the Supreme Court of Ontario and to the Court of Appeal for Ontario in 1990. In 1995, as Commissioner of an inquiry into the Prison for Women in Kingston, Ontario, she produced a report which accelerated the move towards modern institutions specifically designed to meet the security and programming needs of women inmates.

Mme Arbour has received 39 honorary degrees and is affiliated with many distinguished organisations. She is also the recipient of numerous distinctions and awards, including the Franklin D. Roosevelt Freedom from Fear Award (2000) and the French Legion of Honour (2010). Alongside former President of Brazil Luis Inácio Lula da Silva, she received the North-South Prize of the Council of Europe in 2011.

REDRESS’ Patrons play an invaluable role in raising the profile of our work on behalf of torture survivors globally by lending us their public images and helping us to expand our network of supporters. “REDRESS has consistently fought for the rights of torture survivors and their families, assisting them to obtain justice and reparation, for over twenty years,” said Mme Harbour of becoming a Patron. “I am delighted to become a Patron to this worthy organisation that has so tirelessly sought to challenge
impunity for torture and related international crimes.”

REDRESS’ Chair, Sir Emyr Jones Parry, noted: “Mme Arbour has been an ardent advocate of justice and human rights. She has worked tirelessly to make sure that the most abhorrent international crimes are investigated and punished and to uphold the vital importance of the rule of law. We are excited to welcome her and we are confident that her association with REDRESS as a Patron will significantly enhance the growing profile of our work in combating torture and seeking justice for victims.”