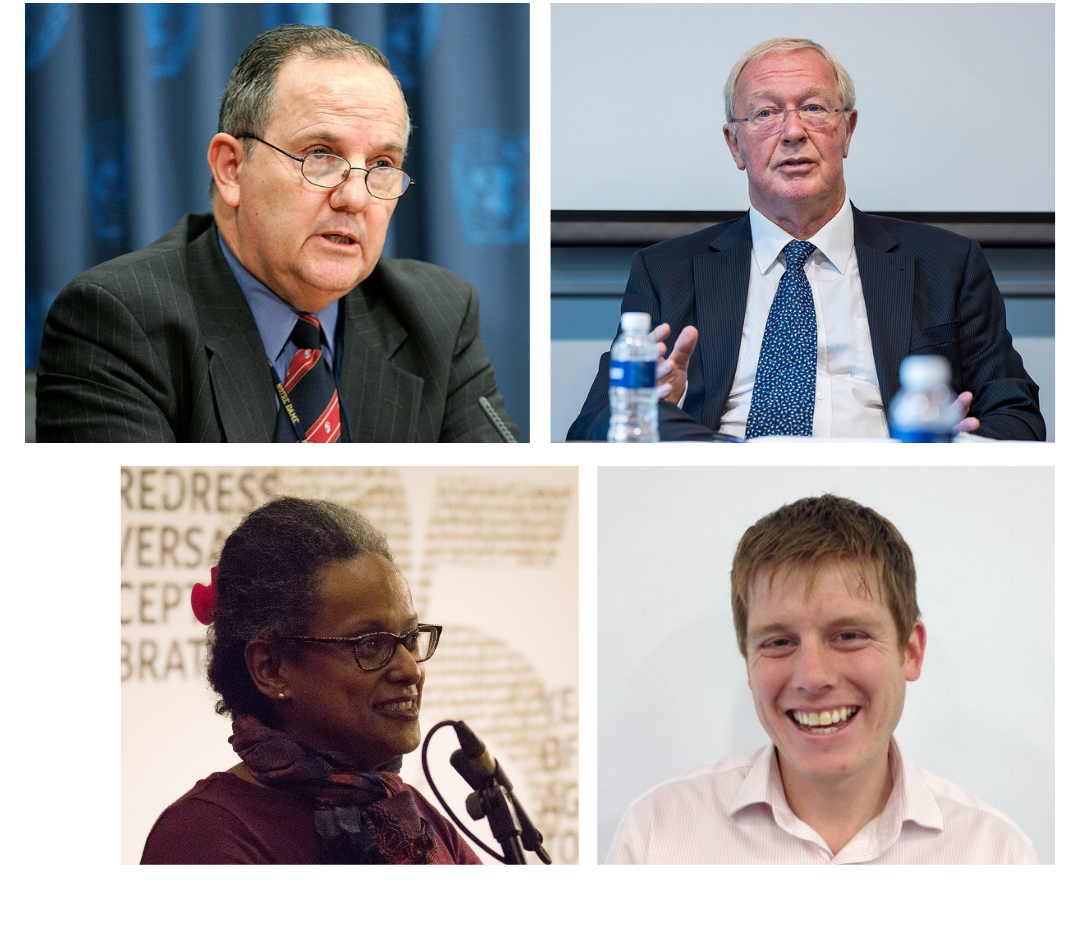 REDRESS is pleased to welcome the former UN Special Rapporteur on Torture Juan Méndez and renowned British lawyer Sir Howard Morrison, a former judge of the International Criminal Court, as Patrons of REDRESS. REDRESS is also delighted to announce the appointment of Yemsrach Hailemariam and Evan Williams to our Board of Trustees.

REDRESS’s Patrons play an invaluable role in raising the profile of our work on behalf of torture survivors while our new Trustees will help REDRESS deliver its 2025 Strategy, which focuses on the practical measures that are needed to deliver justice and reparation for survivors while targeting situations where REDRESS can have the most impact.

Professor  Juan Méndez  has dedicated his legal career to the defence of human rights, primarily in the Americas. As a result of his work representing political prisoners during Argentina’s military dictatorship in the 1970s, he suffered torture and was expelled from Argentina in 1977, having to move to the United States. He is a renowned world expert in the field of international human rights law and has held senior roles at the Inter-American Commission on Human Rights, the International Criminal Court and the United Nations, where he was the Special Rapporteur on Torture from 2010 to 2016 and a Special Advisor to Secretary-General Kofi Annan on the Prevention of Genocide.

Professor Juan Méndez is the fourth former UN Special Rapporteur on Torture who has been a Patron of REDRESS, after Sir Nigel Rodley, Professor Theo van Boven and Manfred Novak (who still serves as Patron of REDRESS).

Judge  Sir Howard Morrison is a renowned expert in international criminal and human rights law. After 27 years of practice on the Midland and Oxford Circuit in the United Kingdom and at the ad hoc tribunals for the former Yugoslavia and for Rwanda, he was appointed a Circuit Judge of England and Wales and Senior Judge of the Sovereign Base Areas in Cyprus. Appointed by the UN Secretary General to serve as a Permanent Judge of the International Criminal Tribunal for the Former Yugoslavia, he sat on the trial of Radovan Karadzic, amongst other duties. He was also a judge of the Special Tribunal for Lebanon. In 2011 he was elected as judge of the International Criminal Court and served a nine-year term from 2011-2021, where he was President of the Appeals Division. He is an Honorary Professor of Law at the University of Leicester and has lectured at universities and conferences in some 25 countries worldwide on issues of international criminal and humanitarian law. In 2015 he was knighted for services to international justice and the rule of law.

Yemsrach  Hailemariam (also known as ‘Yemi’) is a senior business analyst, project manager and implementation consultant with over 15 years of experience. She has successfully implemented critical software solutions within various industries globally including government, education, engineering, telecommunications, pharmaceutical, and retail. Yemi has extensive experience with human rights campaigning in the UK and abroad, and also serves as a Trustee of Reprieve, a legal action NGO that challenges the death penalty and the targeting of people by illegal and lethal drone attacks. Yemi was born in New York State and grew up between the US, Ethiopia and Cameroon. She graduated from the University of Maryland with a degree in electrical engineering.

Evan Williams  is a senior financial manager and analyst with over 15 years of experience developing and delivering successful strategies for businesses and the banking industry that drive growth. One of his proudest achievements to date includes leading a project team of more than 120 people to deliver a global transformation programme building and embedding a new enterprise Finance system in Barclays. Another achievement he is particularly proud of is the Guinness World Record 5km run he arranged in Hyde Park in 2017 in support of mental health and the charity Heads Together.

As members of the Board of Trustees, Yemi and Evan will help deliver REDRESS’s new Strategy over the next three years as we start 2022 with a number of new strategic projects, a strong and growing team, and a range of successes from the previous year we will continue to build on.

Our five programmes under REDRESS’s new Strategy – Justice, Reparation, Dissent, Discrimination and Solidarity - align with REDRESS’s historical achievements and established strengths. Our recently published Annual Review 2021 details our most recent progress in these areas, including our initiatives to end state hostage-taking; to ensure the effective use of human rights sanctions in the UK, and to challenge discriminatory torture against victims of sexual violence in conflict and LGBTIQ+ torture in Africa.

For further information  or for an interview, please contact Eva Sanchis, REDRESS’ Head of Communications, at [email protected] or +44 (0) 2077931777.