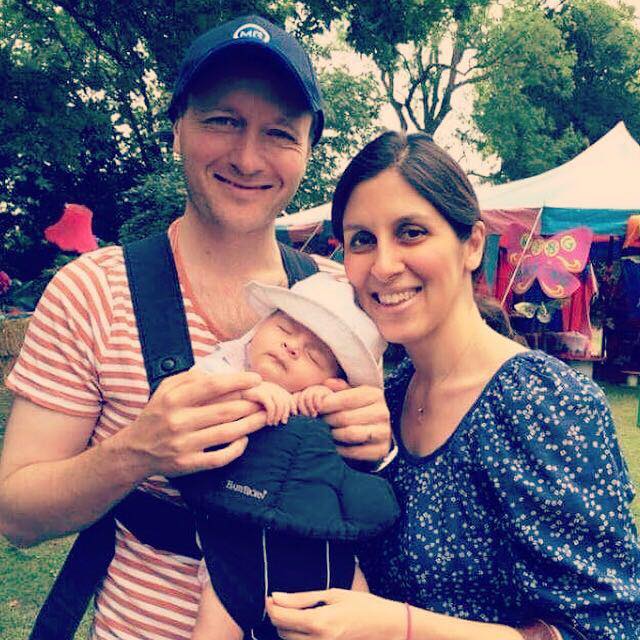 The United Nations Working Group on Arbitrary Detention (WGAD) has called on Iran to immediately release and compensate Nazanin Zaghari Ratcliffe, a dual British-Iranian national held in Iran since 3 April 2016.

Mrs Zaghari-Ratcliffe visited her family in Tehran in March 2016, with her two-year-old daughter Gabriella. Iranian authorities arrested her at Tehran’s Khomeini Airport as she was about to return home to the UK. Since then, she has been held in detention, spending at least 45 days in solitary confinement. Gabriella also remains in Iran with her grandparents, since the Iranian authorities confiscated the child’s British passport. Last month Mrs. Zaghari-Ratcliffe was sentenced to five years in prison following a secret trial.

On 17 June 2016, REDRESS filed a claim with the WGAD. In the complaint, REDRESS argued that Mrs. Ratcliffe’s detention, separation from her two-year-old daughter, subjection to incommunicado detention and solitary confinement breached Articles 7, 9, 10, 14 and 26 of the International Covenant on Civil and Political Rights (ICCPR), which constitutes arbitrary detention and torture. The WGAD agreed.

WGAD found that: – The deprivation of liberty of Mrs Zaghari-Ratcliffe was arbitrary and she was denied a fair trial – Mrs. Zaghari-Ratcliffe was discriminated against as a dual Iranian-British national. “The Working Group has considered several facts presented by the source which the Government did not dispute. Firstly, there was a report in the Iranian media on 15 June 2016 that accused foreign media, particularly the British media, of unspecified “evil”.

Further, the statement released by the Iranian Revolutionary Guard that day referred to Ms. Ratcliffe’s

“English background”, her “membership of foreign companies and institutions”, and her alleged role as “one of the key ring leaders connected to foreigners, who had performed various missions for furthering the malicious goals of the enemies of the regime.” The Working Group “considers that there is an emerging pattern involving the arbitrary deprivation of liberty of dual nationals in Iran.”

Mrs Zaghari-Ratcliffe was held incommunicado, with limited access to legal or consular assistance or support. She was held in prolonged solitary confinement – In light of there being several cases in the past year concerning arbitrary detention in Iran, the Working Group has recalled that under certain circumstances, widespread, or systematic imprisonment, or other severe deprivation of liberty, may constitute a crime against humanity. – The Working Group reminded Iran that it is unacceptable to torture or subject a person to ill-treatment in order to obtain a confession. The Working Group has referred the case for further investigation, including to determine whether torture has taken place.

The Working Group expressed its grave concern about Mrs Zaghari-Ratcliffe’s deteriorating health since her arrest and detention, for which she has not received medical care. In its official Opinion adopted in August 2016, an advanced unedited version of which was released on 6 October 2016, the WGAD requested Iran to “take the necessary steps to remedy the situation of Ms. Ratcliffe without delay.”

It said: “Taking into account all the circumstances of the case, especially the risk of harm to Mrs. Ratcliffe’s health and physical integrity, and to the well-being of her child, the Working Group considers that the adequate remedy would be to release Mrs. Ratcliffe immediately; and to accord her an enforceable right to compensation in accordance with article 9(5) of the ICCPR.” The WGAD also urged Iran to fully investigate the circumstances surrounding Mrs. Ratcliffe’s arbitrary deprivation of liberty, and to take appropriate measures against those responsible for the violation of her rights.

In addition, it referred the case to the UN Special Rapporteur on torture and other cruel, inhuman or degrading treatment or punishment.

“We are delighted that the WGAD has sent a powerful and unequivocal message to Iran,” said REDRESS’ Director Dr Carla Ferstman. “We will be even more delighted when this young mother, and her two-year-old child, are back in Britain.

The strong stand taken by the WGAD is in marked contrast with that of the British Government, which has consistently refused to publicly call on Iran to release Nazanin and allow her and Gabriella home.

The WGAD has made it clear that Mrs. Ratcliffe was discriminated against as a dual UK-Iranian national. The UK Government must act swiftly and with determination to address this injustice.” Richard Ratcliffe, Nazanin’s husband has campaigned ceaselessly to bring his wife and daughter home. He said:

“I am grateful that the UN has taken such a strong stand. Last week, 5 UN Special Rapporteurs described Nazanin’s case as a ‘mockery of justice’. Now the UN Working Group has called for her to be released, and compensated. The morality of our situation is clear. It is time for the UK Government to follow their lead. After 6 months’ non-statements and upgrading of our Embassy, it is time to speak plainly. Whatever other priorities the UK Government has in its dealings with Iran, it should be clear that this is nonsense. It is not acceptable for a British citizen to be treated in this way, or for a British two year old to be so arbitrarily separated from her parents. 6 months passed cannot be recovered. The government needs to ensure this ends soon.”

“The government has consistently made excuses to avoid laying judgement at the door of the Iranian authorities. This report makes it clear that what Iran is doing to Nazanin and a number of other dual nationals is arbitrary, wrong, and must be condemned. We are now calling on Theresa May and Boris Johnson to put the entire machinery of government behind bringing Nazanin home to her family as soon as possible.”

REDRESS is calling on the British Government to do the following as a matter of urgency:

About REDRESS: are a human rights organisation based in London which works internationally to combat torture by seeking justice and reparation for torture survivors and their families.