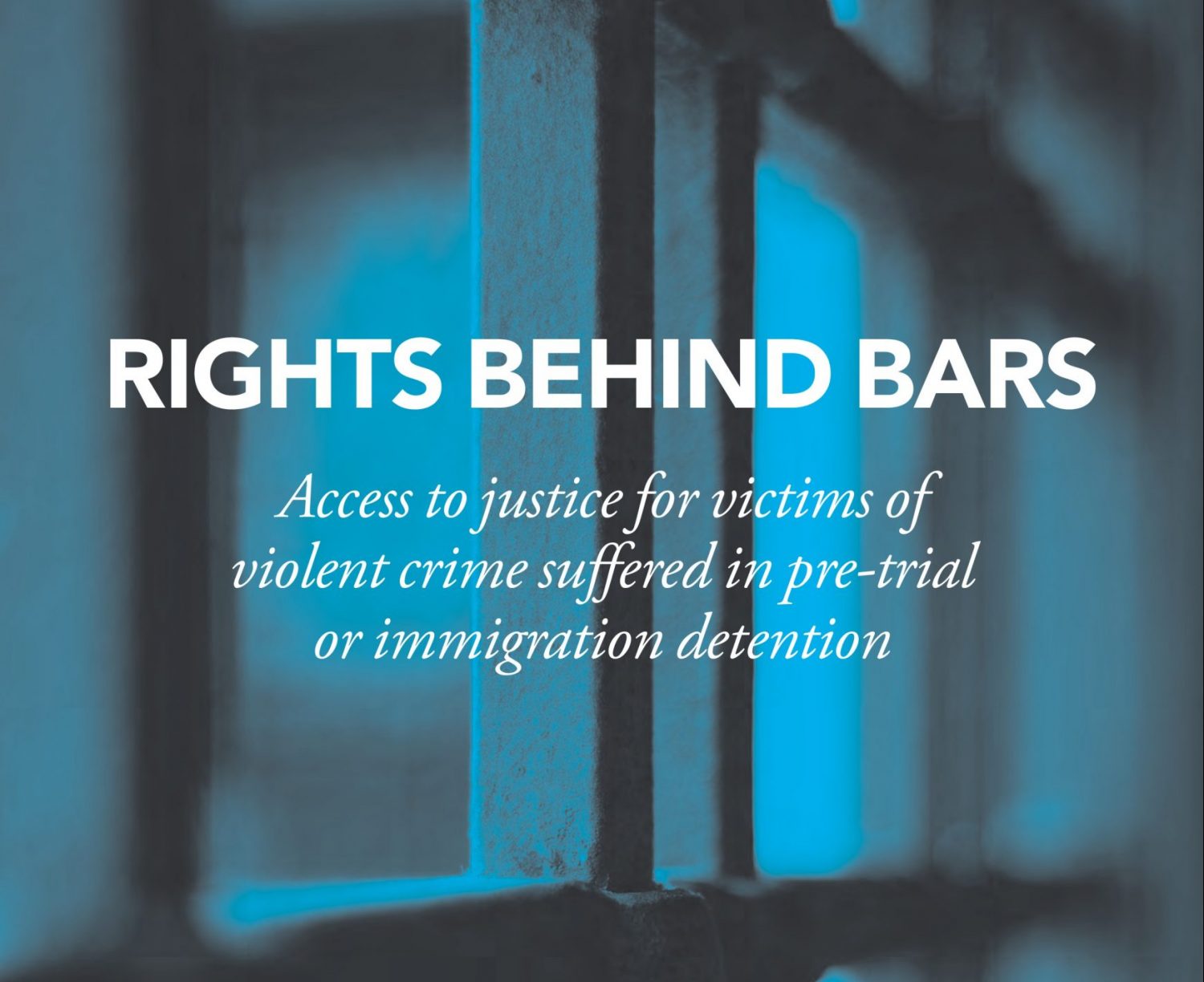 Rights behind bars: Access to justice for victims of violent crime in pre-trial and immigration detention

Detention, whether pre-trial or immigration, creates systemic challenges for victims of violent crime. Where detainees suffer violent crime, they are victims with rights under EU law. This is so even if they are also suspected perpetrators of crime or undocumented migrants.

There is however a failure in society at large to recognise that people can be both detainees and victims.  Partly because of this misconception, there are serious barriers to detained victims of violent crime accessing key rights, including the right to information, access to justice, protection from further victimisation and the right to victim support services and to compensation. The ineffectual implementation of the rights of victims in detention results in a lack of adequate investigations into and accountability for violence.

A new report, Rights behind bars: Access to justice for victims of violent crime suffered in pre-trial or immigration detention, makes a number of recommendations to improve the situation of victims of violent crime in detention. They are targeted at the administration of detention centres, law enforcement and judicial authorities, detention monitoring bodies, victim support services and the EU itself, among others.

The report is part of the project “Access to Justice for Victims of Violent Crime Suffered in Detention”, co-financed by the EU Justice Programme and coordinated by Fair Trails, with partners REDRESS (the Netherlands), Centre for Peace Studies (Croatia), Antigone (Italy, Hungarian Helsinki Committee (Hungary) and Civil Rights Defenders (Sweden).

The report is based on research done in early 2019 in Belgium, Croatia, Hungary, Italy, the Netherlands and Sweden and information gathered during two regional policy meetings, attended by representatives of 15 EU countries, which were held in September 2019 in The Hague. 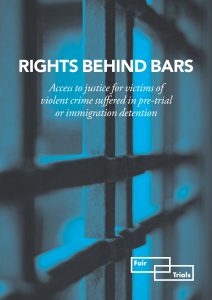