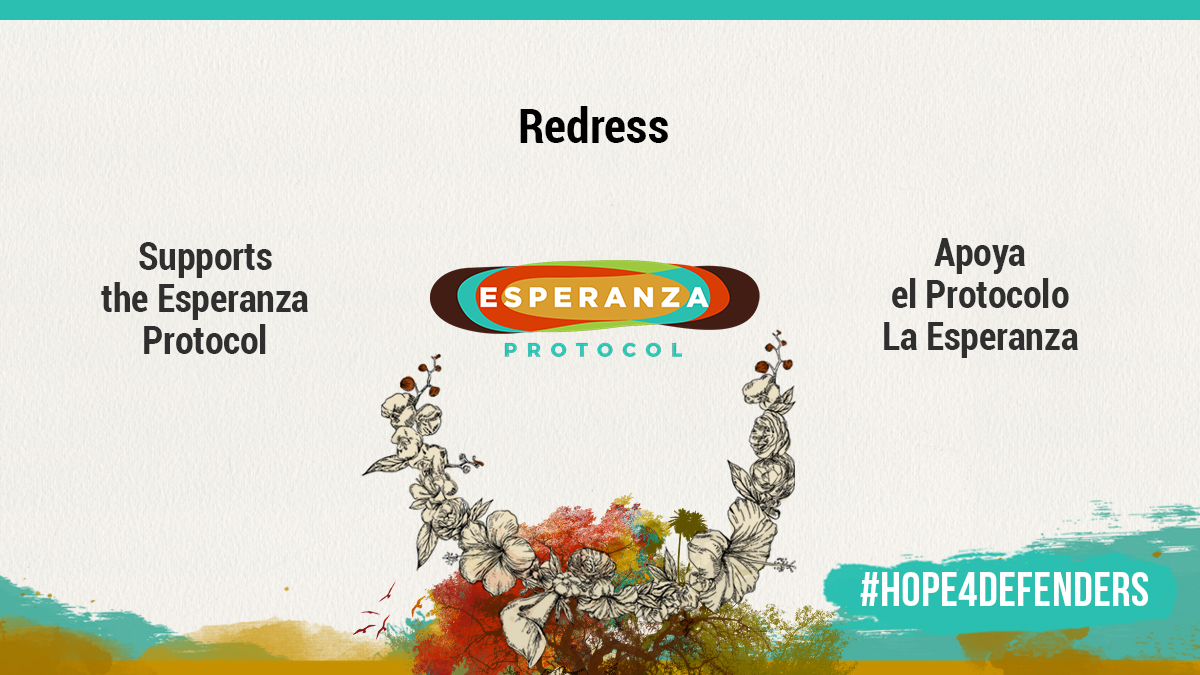 Today, December 16, more than 30 organisations from around the world and experts in international law, including UN rapporteurs, presented the Esperanza Protocol. This is the first international tool to promote an effective response to threats against human rights defenders who protect democracy and rights globally, as 85%* of defenders report receiving or knowing someone who has received some form of threat for their advocacy work in recent years.

For more than five years, CEJIL, in conjunction with international law experts and human rights defenders, worked to develop this tool that raises awareness of the high cost of threats against human rights defenders and impunity for these crimes. The Esperanza Protocol provides a roadmap for establishing public policies that effectively address threats, as well as guidelines to States for diligent criminal investigation.

Historically and globally, threats against those who defend rights have been used to intimidate and deter them from carrying out their work. In fact, three out of ten* defenders report that threats they received were intended to stop a specific activity; two out of ten* said that the threats were intended to cause them psychological harm, and five out of ten* reported that the threat was intended to warn of some form of future violence against themselves, their family, a vulnerable group, or their reputation.

Women defenders experience specific threats due to gender stereotypes and violence against them. Despite their seriousness, these threats generally remain unpunished, which feeds cycles of violence and threatens the stability of democratic institutions.

Threats against defenders also have a profound impact on their daily lives, and those of their families and communities; in some situations, threats may even constitute torture. Of surveyed defenders, 81%* believe that they would not receive the same threats if not for their human rights defense work. The Esperanza Protocol addresses this situation as a tool to respond effectively to this problem.

The Esperanza Protocol is so named for two reasons, the first related to its goal of ensuring a hopeful future for defenders, as “esperanza” means “hope” in Spanish. The second is in honor of a town in western Honduras called La Esperanza, hometown of indigenous rights activist, feminist, and environmentalist Berta Cáceres, who was murdered in 2016 after 33 uninvestigated threats.

Berta’s murder exemplifies a disturbing global trend. A protocol on the investigation of threats against human rights defenders can make a decisive contribution to raising the visibility of the issue, highlight the differential effects of threats on defenders with diverse identities, strengthen investigations, and reiterate the importance of an intersectional approach to patterns of human rights violations, as well as to promote the adoption of reparation measures. Specific standards to guide investigations can help overcome impunity for human rights violations.