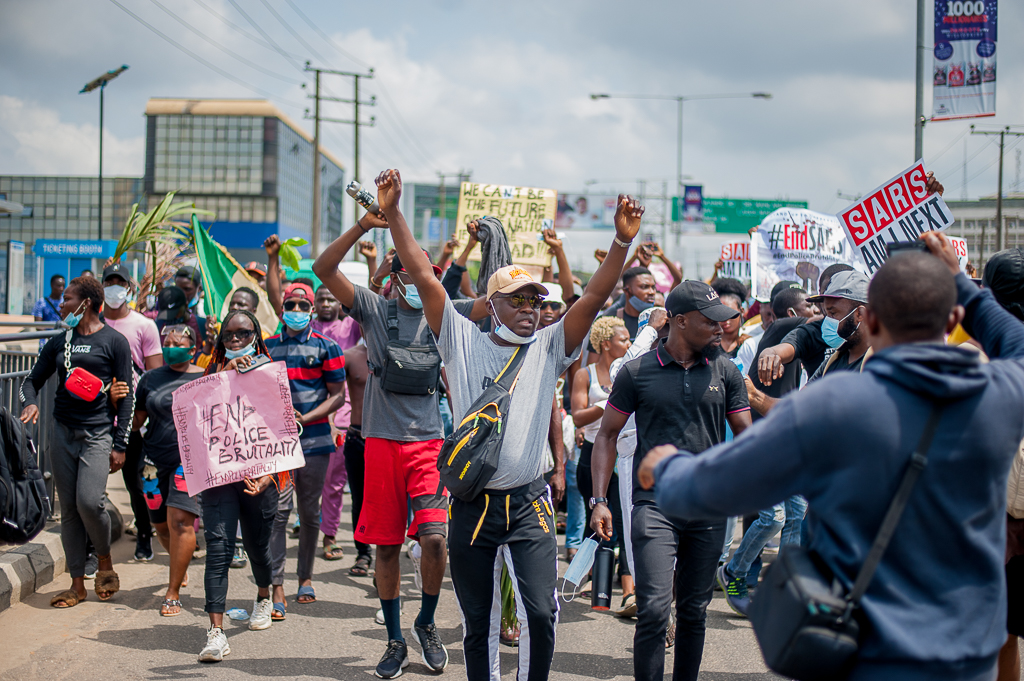 Two Years on: No Accountability for the Lekki Toll Gate Massacre

Two years ago, on 20 October 2020, the Nigerian army and police opened fire on peaceful, unarmed protestors gathered at the Lekki toll gate in Lagos, Nigeria. To date, there has been no justice or accountability for survivors and victims of the massacre.

REDRESS is urging the international community, including the UK government, to impose coordinated Magnitsky Sanctions on the alleged perpetrators of the Lekki massacre. Magnitsky sanctions allow states to freeze the assets of individuals and entities responsible for human rights abuses and corruption, and prevents them from travelling to the sanctioning State.

The protestors were demanding an end to police brutality and the disbanding of the Special Anti-Robbery Squad (SARS) under the banner of the #EndSARS movement. At least nine protestors were killed, four are missing, presumed dead, and many more were seriously injured.

In November 2021, the Lagos Judicial Panel of Inquiry (JPI) concluded that the Nigerian military and police were responsible for the massacre. The Nigerian government has denied any responsibility for the Lekki massacre and has failed to implement any of the recommendations of the JPI.

An analysis of the sanctions imposed by the UK since the Magnitsky sanctions entered into place in 2021, conducted by REDRESS, showed that the UK is lagging behind the US in using human rights sanctions against perpetrators, and has only imposed sanctions against 20 percent of those designated by the US under its Magnitsky Sanctions regimes.

To know more about our work on sanctions, click here.