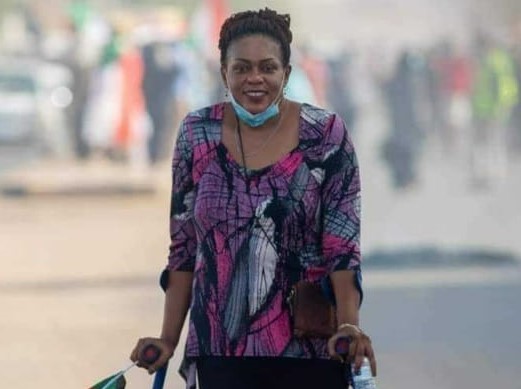 ** News update: Amiera Osman was released in the early hours of 7 February 2022 on bail. We will be updating our press release as more information becomes available. **

REDRESS has appealed to United Nations experts to urgently intervene on behalf of a prominent Sudanese women’s rights activist, Amiera Osman, whose whereabouts remain unknown since she was allegedly taken by Sudanese security forces in a raid on her home in Khartoum on Saturday, January 22.

A deterioration in the human rights situation in Sudan, and particularly the grave human rights violations committed against peaceful protesters and human rights defenders, puts Amiera at imminent risk of torture and ill-treatment, notes the urgent appeal submitted yesterday. Amiera faces an enhanced risk of further harm, as she was partially paralysed in an accident a few years ago, but at the time of her arrest she was denied medication that she needs to treat her condition.

REDRESS’s submission urges the UN Special Rapporteur on Torture, and the UN Working Groups on Arbitrary Detention and Enforced or Involuntary Disappearances, to call on the Government of Sudan to provide information on Amiera’s whereabouts and the reasons for her arrest, and that they immediately release her or bring her before a judge. REDRESS also urges the UN experts to request that Sudan’s authorities protect Amiera’s life; guarantee she does not suffer torture and ill-treatment, and that her medical needs are met.

The submission further highlights that the circumstances surrounding Amiera’s arrest follow a pattern typical of sweeping arrests of both high-level political leaders and grassroots activists carried out since the military coup on 25 October 2021 by Sudan’s security and intelligence services. Those arrested have been held in unknown detention centres by security forces using methods similar to those under the rule of former president Omar al-Bashir, who was overthrown during an uprising in 2019.

Since the start of 2022, human rights organisations have also documented an alarming rise in violations against women. Amiera campaigned for women’s rights in Sudan under the rule of al-Bashir. She was arrested in 2013 under public order laws for refusing to wear a headscarf and was convicted and fined in 2002 for wearing trousers.

In 2019, Sudan’s pre-coup transitional government formally abolished some of the public order laws used to control women’s dress and behaviour, though women continued to be subjected to punishments under the repealed laws. REDRESS and Sudanese partners had long advocated for these critical reforms as well as the ratification of several major human rights treaties, such as the UN Convention against Torture and the International Convention for the Protection of All Persons from Enforced Disappearances, which Sudan ratified in August 2021.