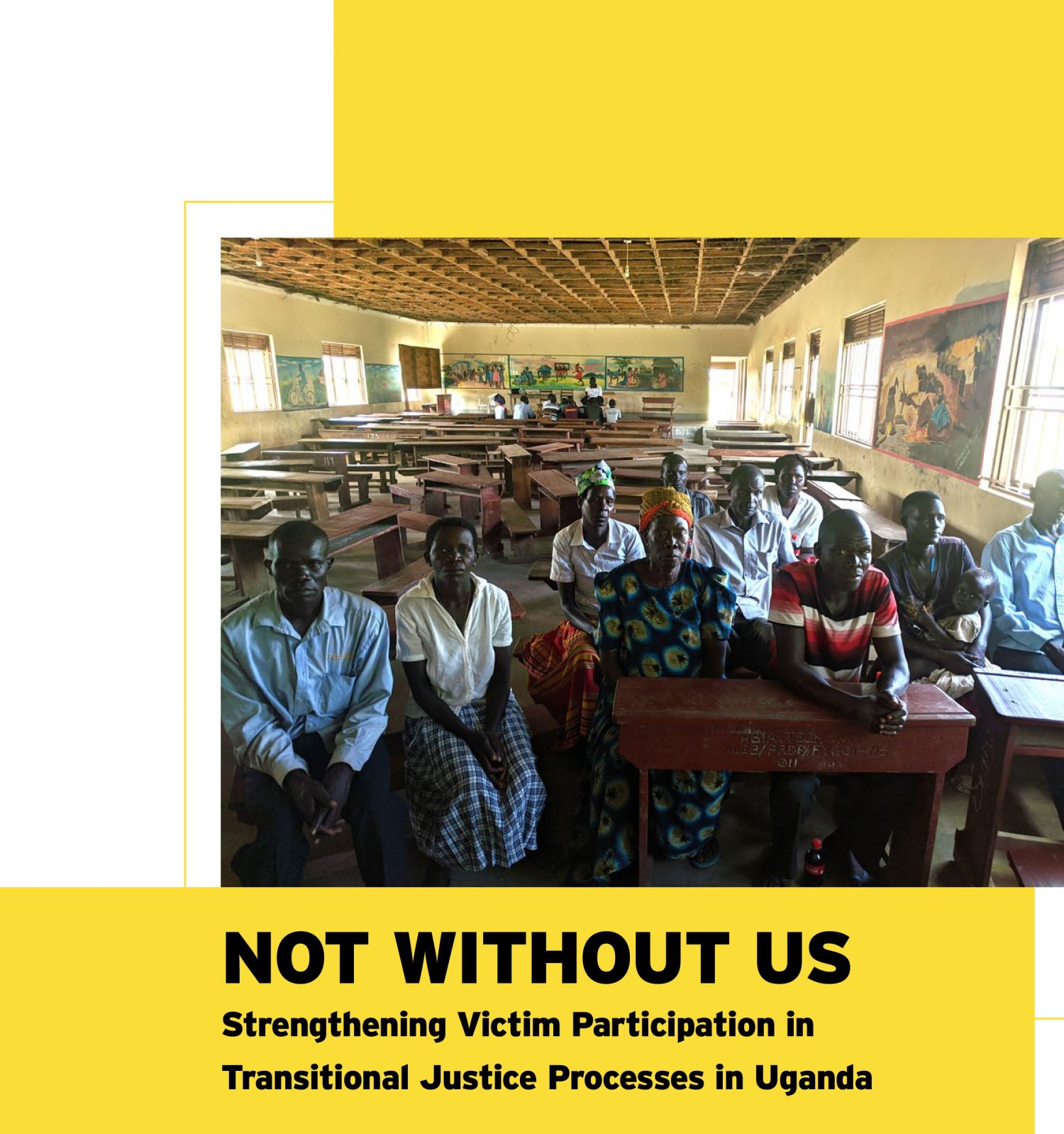 More than 10 years after the 20-year conflict in Uganda ended, victims continue to be mostly sidelined in the transitional justice processes that affect them, a new report by REDRESS and its Ugandan partners Emerging Solutions Africa and the Uganda Victims’ Foundation, Not Without Us, finds.

Despite the fact that victim participation is reflected in transitional justice policy documents in Uganda, victims have had little opportunity to influence and impact the design and shaping of the National Transitional Justice Policy (NTJP), the report finds.

The engagement with victims by the Justice Law and Order Sector, the technical body of the government responsible for the design and administration of the national NTJP, has primarily been via information sharing or consultations in collaboration with civil society organisations and some grassroots organisations representing victims.

Many victims who live in remote rural villages (the areas most affected during the war in the North of Uganda) have had little information about and understanding of what the NTJP, the mechanisms for accountability and reconciliation, and timelines for the implementation of priority issues such as reparations entail.

The delayed passage of the NTJP and the protracted process of drafting the pending TJ Bill that will give effect to the policy provisions, together with the unfulfilled promises made for reparations, have caused victims to question the integrity of the process and the sincerity of those involved in it.

Other findings in the report include:

The report includes a number of recommendations to national policy makers, civil society organisations and international stakeholders, including:

The report is based on research and activities carried out by REDRESS, Emerging Solutions Africa (ESA) and the Uganda Victims’ Foundation (UVF), between November 2017 and March 2020, under the project: Strengthening Victim Participation in the Fight against Impunity for International Crimes. Activities included victim forums in the areas most affected by the war and high-level policy conferences in Kampala and The Hague. The project aimed to support victims of international crimes and the local organisations assisting them to participate meaningfully in local, national, and international transitional justice processes.

“None of the goals of transitional justice can be truly achieved without the meaningful participation of victims, which are best placed to articulate their needs. Those whose rights have been grossly violated need to have ownership of the process and see tangible results that address their suffering,” said Alejandra Vicente, Head of Law of REDRESS.