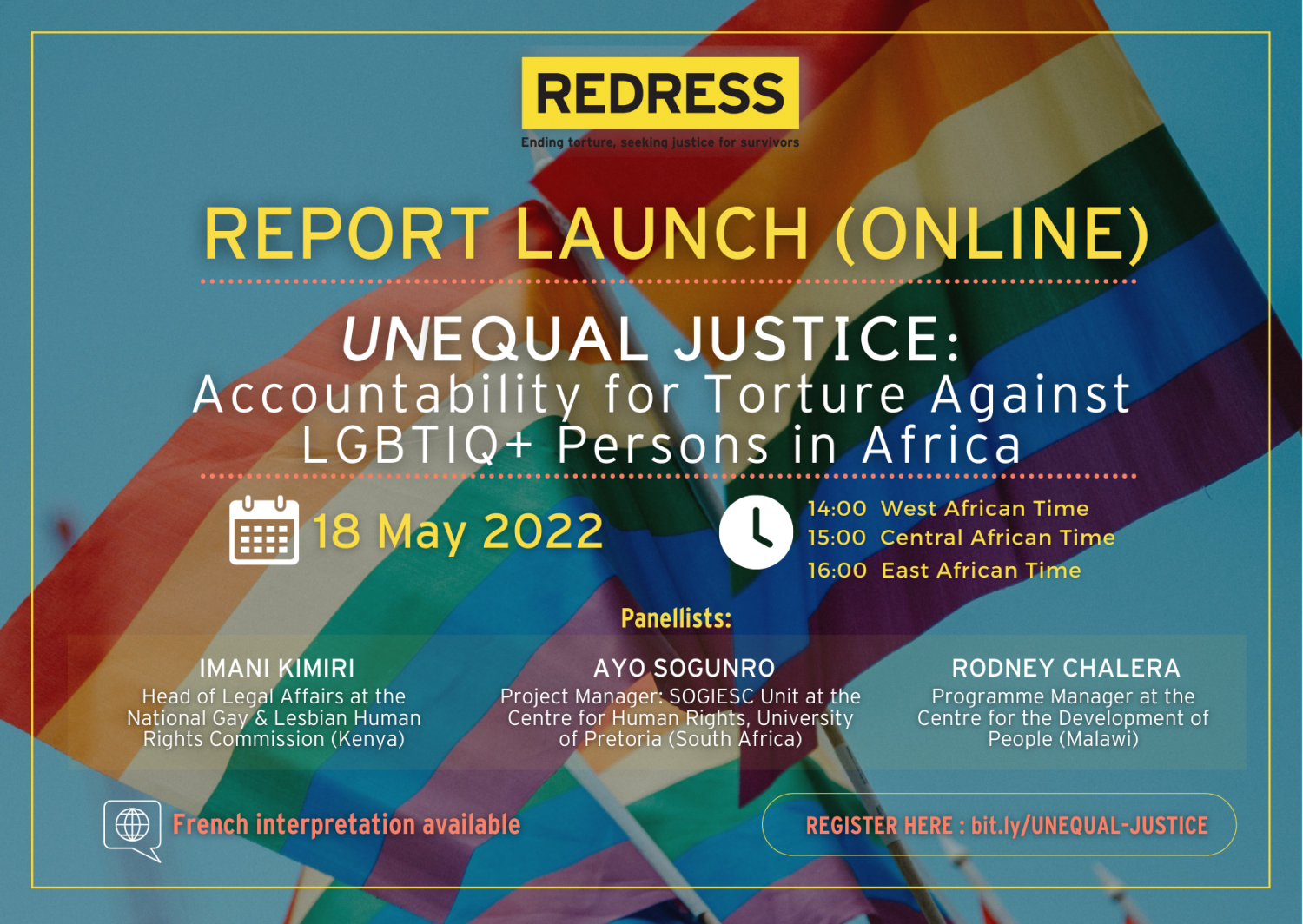 Webinar: Accountability for Torture Against LGBTIQ+ Persons in Africa

Many States in Africa continue to afford little to no legal protection to LGBTIQ+ individuals, whilst others criminalise same-sex conduct and fail to recognise the full spectrum of sexual orientations and gender identities. In recent years, there has even been a resurgence in legislation which targets, rather than protects, LGBTIQ+ persons. This has resulted in an increase in violence against members of the LGBTI+ community, while impunity remains the norm.

According to international law, violence committed against individuals on the basis of their actual or perceived sexual orientation or gender identity can, and often does, amount to torture.

The report examines the legal protections against such violence afforded to LGBTIQ+ persons by a number of African States, and the responses to such violence. The report also outlines specific proposals on the way forward to improve this scenario.

“The present report is an extremely important contribution to the knowledge stock available to the international community for its formulation of public and foreign policy, developmental and cooperation activities, and the international goals of peace and security…”  – Víctor Madrigal-Borloz, UN Independent Expert on protection from violence and discrimination based on sexual orientation and gender identity.