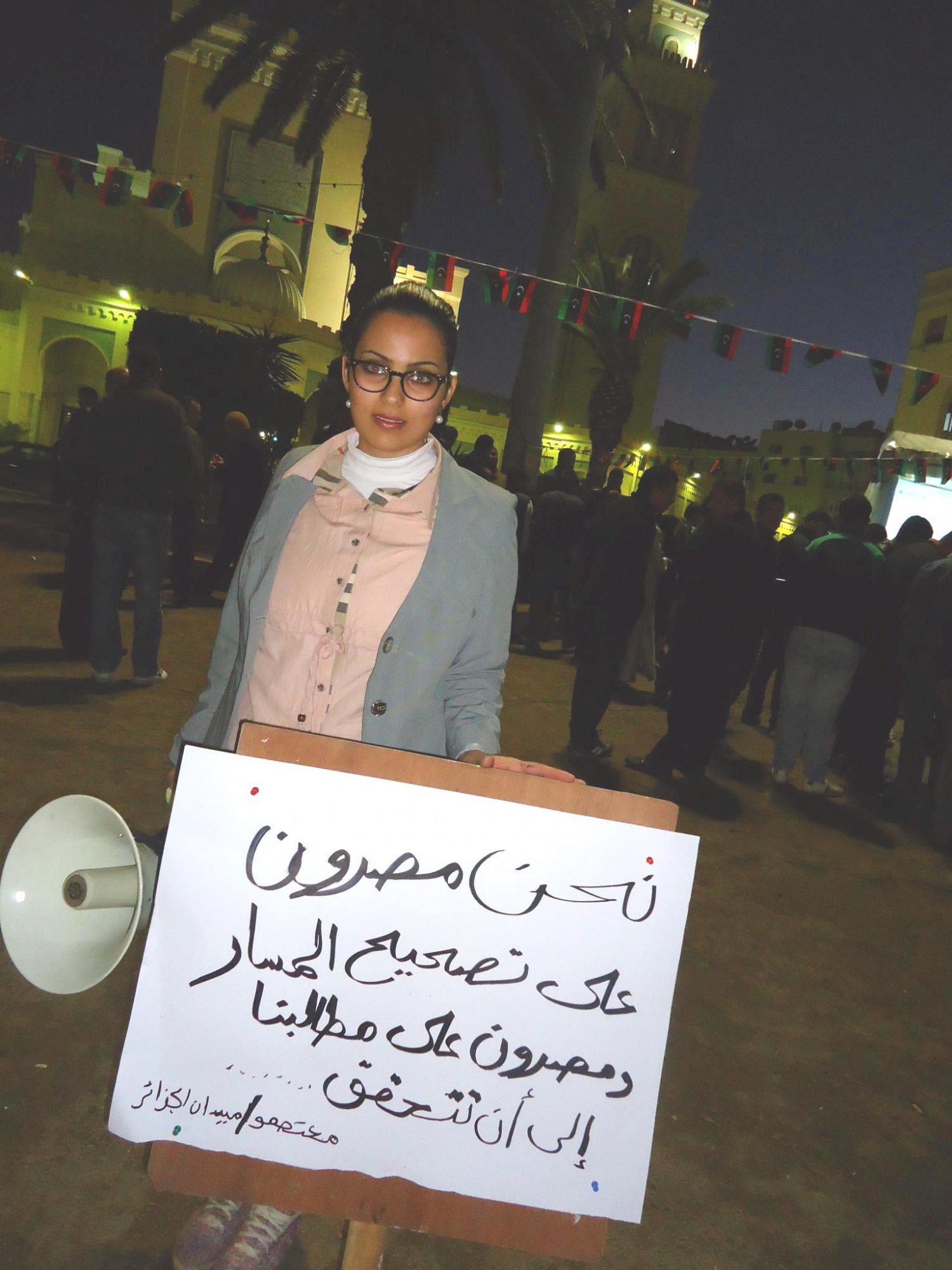 On International Women’s Day, human rights organisation REDRESS has filed a complaint with the UN on behalf of Magdulein Abaida, a human rights defender and women rights’ activist who was forced to flee Libya in 2012, after being tortured and subjected to death threats for her human rights work.

Magdulein supported the revolution that led to Muammar Gaddafi’s fall on October 2011. After the fall of the Libyan leader, she campaigned for women’s rights, in particular, for equality in the yet to be written new Libyan Constitution, including with her human rights organisation Hakki.

While attending a workshop on women’s rights in August 2012, Magdulein was abducted from her hotel room in Benghazi by five men, which she believed belonged to a Libyan militia. She was detained and interrogated. Magdulein was kicked all over her body, verbally abused, beaten with a gun and received death threats. She could hardly move after the beatings.

Following her release, Magdulein was unable to resume her human rights work as she started to receive hate mail and death threats from unknown sources, which said that she would be killed if she was seen in public. Fearing for her safety, she fled Libya and received asylum in the United Kingdom in November 2012.

In October 2013, REDRESS filed a complaint to the Libyan Prosecutor General on behalf of Magdulein, urging him to investigate the allegations. An investigation was never initiated.

In her complaint to CEDAW, Magdulein urges the Committee to find that Libya violated her rights under the Convention by arresting and detaining her on several occasions as a result of her women’s rights activism, and for torturing her while in detention.

Magdulein is also asking Libya to issue a formal apology for what happened to her and to compensate her for the harm suffered and for rehabilitation. In addition, she is urging CEDAW to order Libya to reform its laws and institutions to prevent future violations against women rights in Libya, and to enable women to participate in Libyan society, including by working as human rights defenders.

“I want to see the Libyan government acknowledge that violations took place, and provide redress. This is vital if Libya is to address its problems and put in place reforms to prevent violations from happening in the future,” said Magdulein.

More information about Magdulein’s case can be found here: