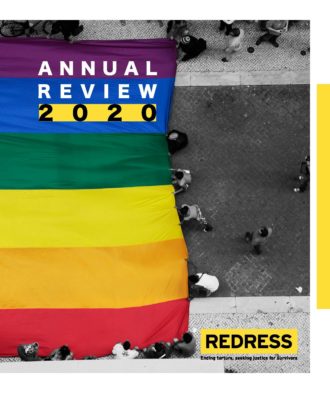 Our Annual Review 2020 sets out what REDRESS achieved from 1 April 2019 to 31 March 2020. Our work was truly international, spanning five continents and over 40 countries. Amongst our many successes, we secured a landmark judgment at the Inter-American Court of Human Rights, which will help to protect LGBT+ persons in Latin America and beyond from discriminatory torture. We helped to build a new network of torture survivors of the conflict in Uganda, which advocated for the introduction of a new transitional justice law that will finally allow survivors to access effective reparations. We intervened in the UK Supreme Court to support the argument that militias and armed groups can commit torture. We also held the UK government to account for failing to support a British citizen detained in Panama, and persuaded the Foreign, Commonwealth and Development Office to introduce changes in how they operate.