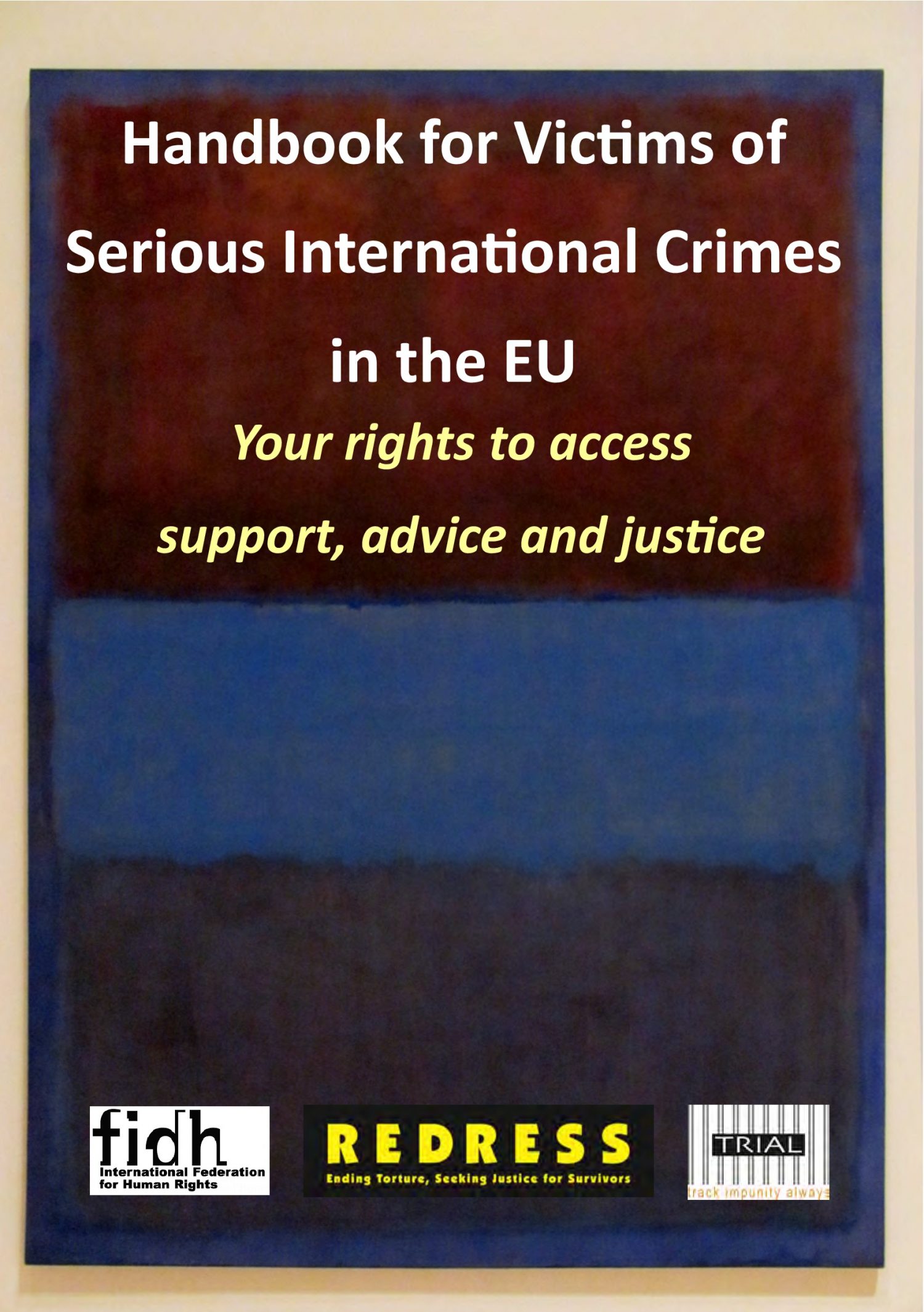 REDRESS has published a new handbook to help victims of serious international crimes and their families access support and justice in the European Union with partners FIDH and TRIAL. It aims to serve as a guide for victims of serious international crimes (genocide, crimes against humanity, war crimes, torture and enforced disappearance) who are interested in filing a formal complaint within the EU as well as victims who are already seeking justice through EU courts. It may also be useful for victims that are seeking asylum as well as individuals living in another country outside the EU, but have information or evidence which suggests that persons or organisations responsible for what happened are inside the EU.