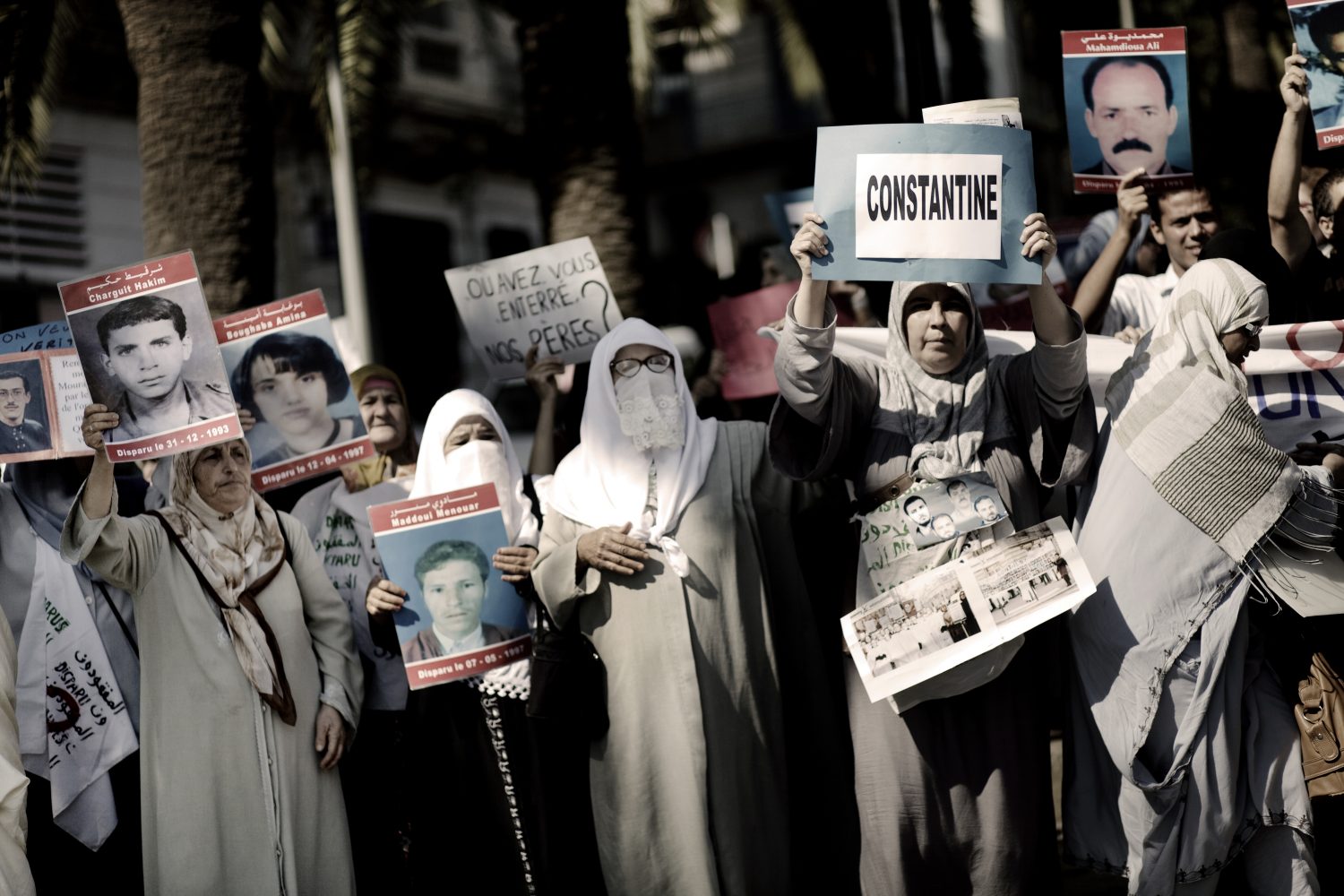 International Day of Victims of Enforced Disappearances: Time for African states to end this practice

On the International Day of the Victims of Enforced Disappearances, five leading human rights organisations are calling on African states to end the use of enforced disappearances and ensure justice and reparations for thousands of victims in Africa.

For decades, thousands of people including government critics, human rights defenders, activists and members of minority groups have disappeared in Africa in a prevalent climate of impunity. Victims include those disappeared during the 1990s civil war in Algeria, under the 42-year regime of Muammar Gaddafi in Libya, during Omar al-Bashir’s presidency in Sudan, and under Robert Mugabe in Zimbabwe. The practice continues today, with state actors and militias affiliated with states being the main force responsible for carrying out this heinous crime.

Following the outbreak of nation-wide anti-government protests that led to the ousting of al-Bashir in April this year, Sudanese national security forces and government-backed paramilitaries have continued to use the practice of enforced disappearances to “preserve national security”. In Libya, since 2011, militias have subjected thousands of people to enforced disappearances for their real or perceived political opinion, tribal links, membership in a “terrorist organisation” or for financial gains. The fate of prominent Libyan politician and human rights defender Seham Sergewa remains unknown since she was abducted from her home in Benghazi on 17 July 2019 for peacefully expressing her views.

Despite the widespread and systematic pattern of enforced disappearances in Africa, only 16 of the 54 African States are parties to the International Convention for the Protection of All Persons from Enforced Disappearances (ICPPED). The ICPPED is the main human rights treaty that aims to prevent enforced disappearances, uncover the truth when they do happen and make sure survivors and victims’ families receive justice, truth and reparation.

Algeria has not ratified the ICCPED and is not bound by it, even though more than 7,000 people were forcibly disappeared during the Algerian civil war between 1992 and 1998. Following the end of the civil war, president Abdelaziz Bouteflika offered a full amnesty for members of the security forces who were responsible for carrying out enforced disappearances and other gross human rights violations during the decade-long war. Neither Libya, Sudan, or Zimbabwe are parties to the ICCPED.

“Enforced disappearances have devastated and continue to devastate thousands of lives in Africa. It is time for African states to confront the climate of impunity that has allowed this heinous crime to flourish. Non-signatory states must sign and ratify the ICCPED and fulfil their obligations under the convention,” said the five organisations.

The five organisations are the African Centre for Justice and Peace Studies (ACJPS), the Collectif des Familles de Disparu(e)s en Algerie Association (CFDPA); Lawyers for Justice in Libya (LFJL); REDRESS and Zimbabwe Lawyers for Human Rights (ZLHR). Adopting a victim-centred approach, they are working together to bring justice and support to the victims and their families in the four countries concerned. They also aim to highlight the issue of enforced disappearances to the African Union and specific governments. Through this work, they seek the development of African standards for the prevention of this crime, while empowering the families of victims to pursue accountability.

For more information or for an interview, please contact: