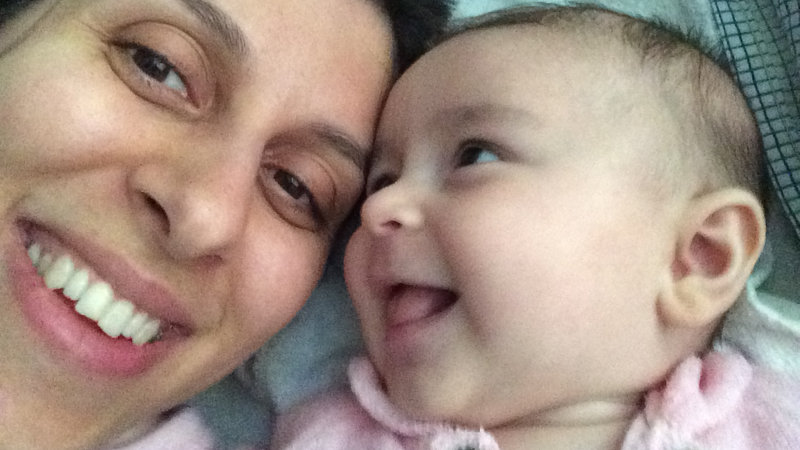 ‘Jokes for freedom’ call ahead of Nazanin Zaghari-Ratcliffe comedy event

‘Laughter is a kind of freedom’ – Richard Ratcliffe

Ahead of a comedy event that will throw a spotlight on the plight of the jailed UK-Iranian woman Nazanin Zaghari-Ratcliffe next week (3 April), Amnesty International and REDRESS are inviting members of the public to share their favourite jokes.

Member of the public are being asked to tweet their favourite joke – or just something that makes them laugh or smile – on 1 April (April Fool’s Day) using the hashtags #ChooseLaughter and #FreeNazanin.

Mr Ratcliffe is planning to collect together the submissions into a “joke calendar” which he intends to share with his jailed wife to help lift her spirits.

“Laughter is a kind of freedom. Even in prison, it’s important to keep your spirits up, for Nazanin and the other women important to briefly forget their woes. It is something we can do in the outside world – to share what makes us smile, to remind them there is an outside, there are reasons to smile, that laughter keeps us human.”

“There’s absolutely nothing funny about what the Iranian authorities have done to Nazanin, but there’s something very powerful about displaying humour in the face of injustice. This isn’t exactly jokes for freedom, but it’s the next best thing. On a deadly serious note: Nazanin should be freed at the earliest possible opportunity and she should be allowed to return to Britain with her young daughter on the first available flight.”

“Nazanin’s arbitrary detention is no laughing matter. Arbitrary detention is devastating for the persons detained, but also for their loved ones, especially when it is prolonged such as in Nazanin’s case. There is no reason to keep Nazanin separated from her husband Richard and young daughter Gabriella. She should be enjoying the laughs and smiles of her loved ones in freedom, and we are demanding that the Iranian government finally does the right thing and frees her immediately.”

Charity worker is prisoner of conscience

Nazanin Zaghari-Ratcliffe, 39, a charity worker with the Thomson Reuters foundation, is serving a five-year jail sentence in Tehran’s notorious Evin Prison after being convicted in 2016 in an unfair trial by a Revolutionary Court on unspecified “national security charges”. Zaghari-Ratcliffe has suffered a serious decline in her physical and mental health since being jailed.

Ms Zaghari-Ratcliffe was originally arrested at Tehran airport on 3 April 2016 prior to boarding a plane back to the UK after a regular family visit to the country with her infant daughter Gabriella. She was initially held in solitary confinement for 45 days without access to a lawyer. Amnesty has designated Zaghari-Ratcliffe a prisoner of conscience and is calling for her immediate release. More than 100,000 people have lent their support to Amnesty’s campaign for Zaghari-Ratcliffe.

REDRESS has brought Nazanin’s case to the attention of the UN Special Rapporteur on Torture – stressing that the harsh treatment inflicted upon her may amount to torture – and the UN Working Group on Arbitrary Detention, which found in 2016 that her detention was arbitrary and that she had been targeted because she is a dual British-Iranian national.

To request an interview or more information, please contact