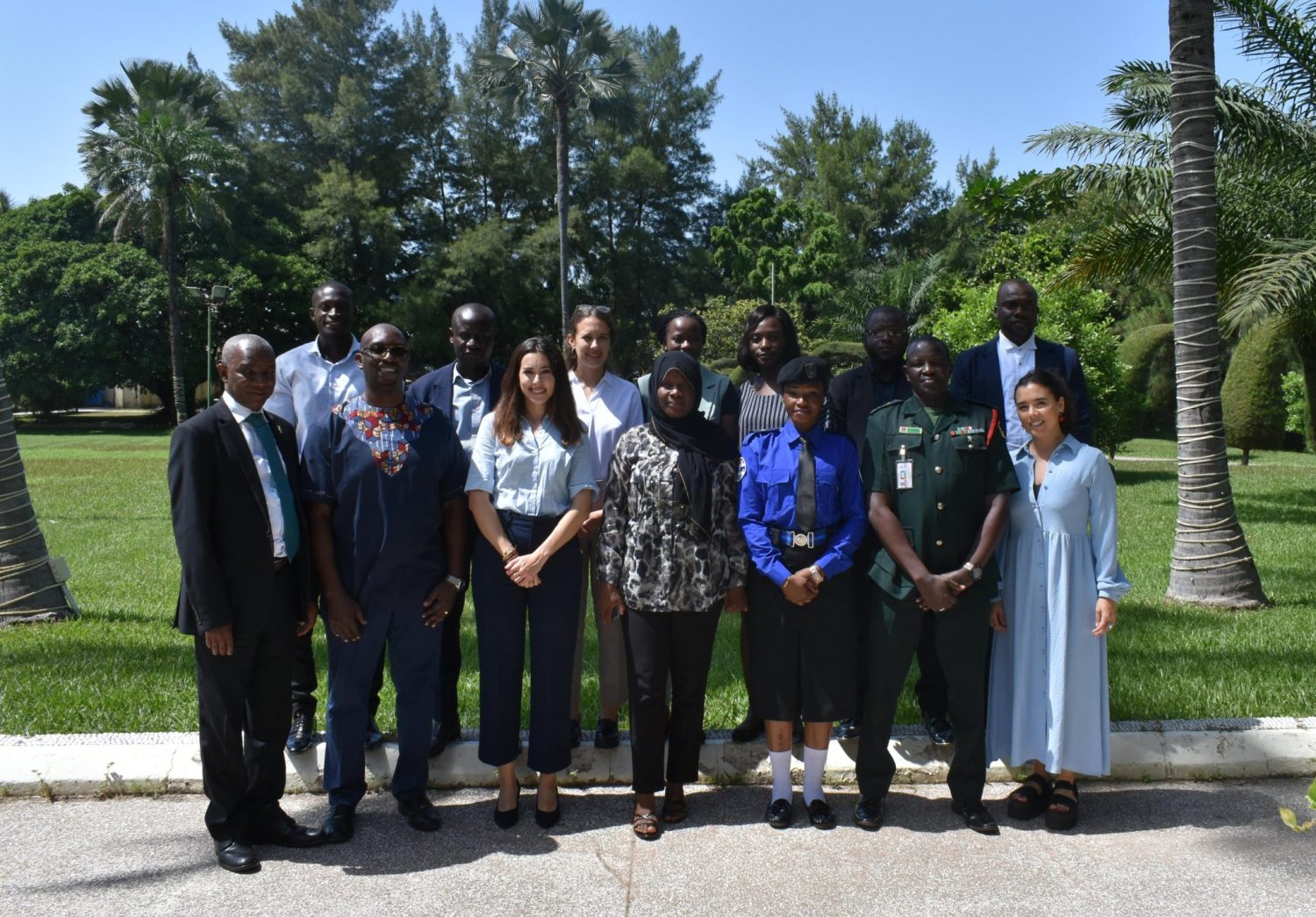 REDRESS and CTI Workshop Strengthens the Capacity of The Gambian Government on Effective Complaints, Investigations, and Prosecutions Against Torture

On 25-27 October 2022, REDRESS and the Convention against Torture Initiative (CTI) held a Technical Workshop on “Improving implementation of the UN Convention against Torture: Strengthening complaints, investigations and prosecution mechanisms” in Serekunda, The Gambia. Hosted by the Ministry of Justice and Attorney General’s Chambers of The Gambia, the Workshop aimed at building the capacity of 14 Gambian Government representatives from seven agencies, composed of the Ministry of Justice, the High Court, the Gambia Police Force, the Drug Law Enforcement Agency, the Armed Forces, the Gambia Prison Services, and the State Intelligence Services on implementation of the UN Convention against Torture (UNCAT).

The workshop focused on

It also provided an opportunity to discuss existing good practices and ongoing challenges in The Gambia and to identify the main legislative, institutional and administrative measures needing immediate, medium-term and longer-term action.

At the opening of the Workshop, Hon. Hussein Tomasi, Solicitor General and Secretary of the Gambia highlighted the positive measures undertaken by The Gambia after ratification of the UN Convention against Torture in 2018, such as the drafting of the Prevention and Prohibition of Torture Bill, currently pending at the National Assembly, and the creation of a Paris Principles-compliant National Human Rights Commission mandated to receive complaints of human rights violations, including torture. Hon. Solicitor General Mr. Hussein Tomasi stated:

“I want to assure you that the Government of The Gambia will not relent in its action to ensure that torture is wiped out in the country and the mind set of every individual.”

“Building a strong anti-torture framework is a key component of having a domestic environment that is human rights compliant and conducive to fostering the fair administration of justice. Among the main building blocks of a solid anti-torture legal and institutional framework is the establishment of effective complaints and investigation mechanisms.”

The workshop featured a mix of knowledge-based sessions with practical case study scenarios on complaints, investigations and prosecutions of torture. There were also brainstorming exercises in break-out groups and interactive discussions with participating experts Chris Gitari and Edmund Foley, and facilitators: Laura Blanco, Legal Officer at CTI; Renata Politi and Holly Huxtable, Legal Officers at REDRESS; and Julie Bardeche, Legal Advisor at REDRESS.

Capacity-building and sensitisation of public officials across relevant agencies on torture prevention and response was seen as one of the key priorities, as well as of victims and the broader public in relation to issues such as victims’ rights, including their right to bring complaints, or to be informed of their own rights when brought into police custody and in detention.

“This workshop is timely. It will increase the capacity of security services to ensure their adherence to human rights norms while carrying out their mandates. This in turn would help rebuild public confidence in these important institutions essential to maintaining the security and order of the country. Forums such as these are crucial to complement government efforts and assist it to achieve its target.”

Learn more about the project here

REDRESS thanks their partners CTI and experts Chris Gitari (International Commission of Jurists, Kenya), Edmund Foley (Institute for Human Rights and Development in Africa – IHRDA), Gaye Sowe (IHRDA), and Ruth Ssekindi (Uganda Human Rights Commission) for their contribution ahead and during the workshop.