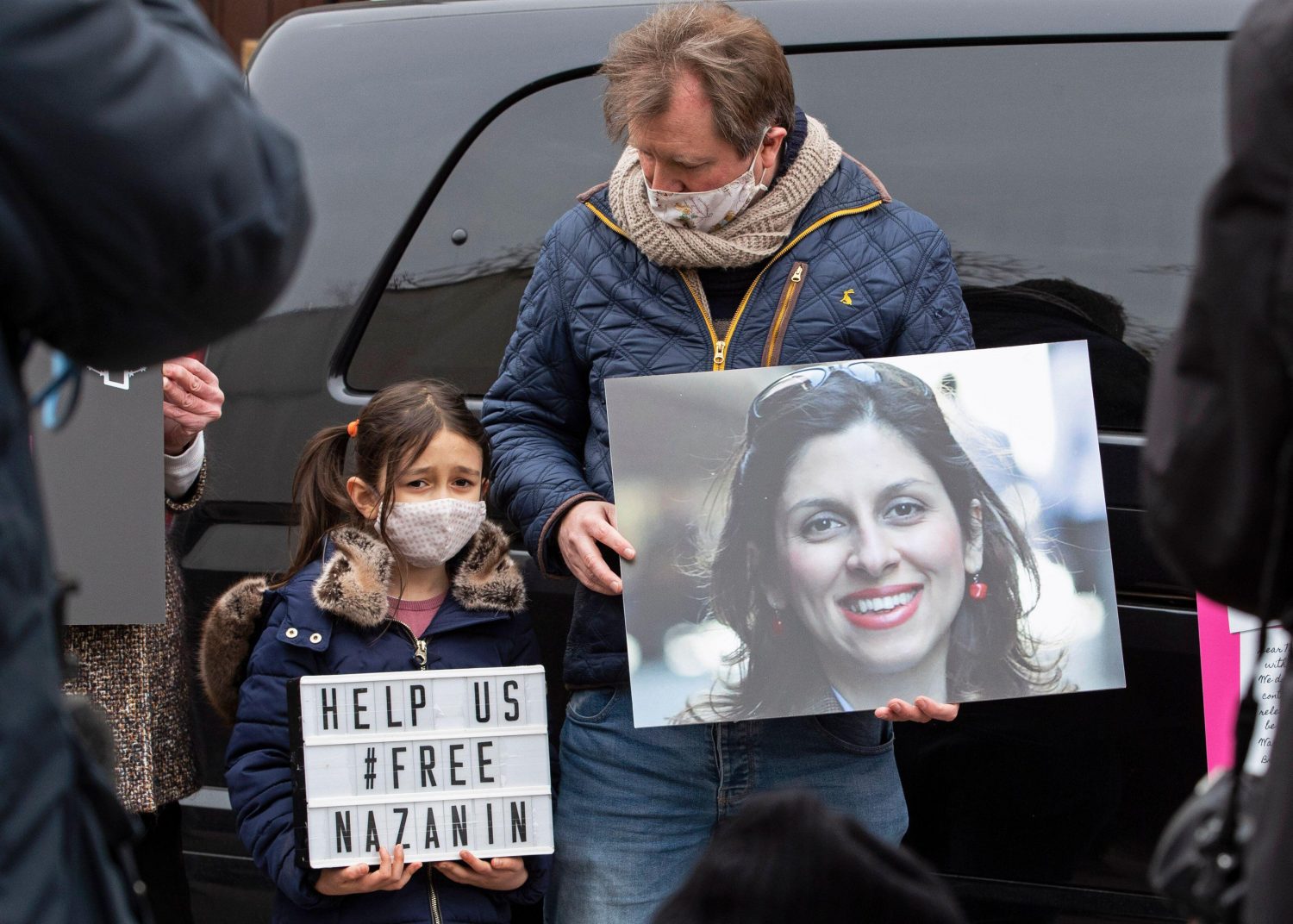 Today, Richard Ratcliffe, husband of Nazanin Zaghari-Ratcliffe, has begun his second hunger strike in two years to protest at the failure of the UK government to secure the return home of his wife, who has been arbitrarily detained in Iran since 2016.

Since Prime Minister Boris Johnson vowed to leave “no stone unturned” to bring Nazanin home in 2017, a pledge that has been repeated by four foreign secretaries who have dealt with her case, the diplomatic efforts do not seem to have been effective in securing her return to the UK.

Last Saturday, Nazanin lost an appeal against her second conviction in April – which sentenced her to a further year in prison and an additional one-year travel ban for the unfounded charge of “spreading propaganda against the regime”. Nazanin has already completed her initial five-year sentence, also for unfounded charges related to national security. While Nazanin has not yet been summoned to prison, it is unclear whether she will be returned to prison or house arrest with an ankle tag, or whether she will be left in limbo in Iran indefinitely.

Last month, REDRESS and the Free Nazanin Campaign submitted a dossier to the new UK Foreign Secretary, Liz Truss, asking her to take a more robust approach by recognising Nazanin and other foreign nationals arbitrarily detained in Iran as hostages, and to impose Magnitsky sanctions, including travel bans and asset freezes, on 10 Iranian officials involved in Iran’s hostage-taking.

Although the UK Foreign Secretary has spoken publicly in support of Nazanin, it is unclear what steps the UK government is taking since she took office to secure Nazanin’s release and hold perpetrators accountable. Notably, this month, while the hunger strike continues, the UK is due to host a high-level Iranian delegation at the United Nations Climate Change Conference, COP26, in Glasgow.

While reiterating Iran’s obligation to release those arbitrarily detained, REDRESS and the Free Nazanin Campaign have also urged the UK government on many occasions to pay a historic £400-million military debt that the UK owes Iran, as Nazanin has been told by Iranian officials that the payment of this debt is key to her release. Other countries such as the US and Canada have been more successful at securing the release of their citizens arbitrarily detained abroad through the payment of debts and prisoner swaps, and REDRESS has indicated that this could be done in the form of humanitarian and medical supplies.

“It’s deeply worrying that Richard Ratcliffe has felt compelled to resort once again to a life-threatening measure to bring attention to the desperate plight of his family. Five years on, we have only seen setback after setback. The UK government’s approach is clearly not working. It’s time to stand up to perpetrators of hostage-taking by sanctioning those who perpetuate this reprehensible practice, and to bring Nazanin home.”